River Cruises in France Can Be Fun for the Whole Family

Activities for most ages are available on some river cruises in France. 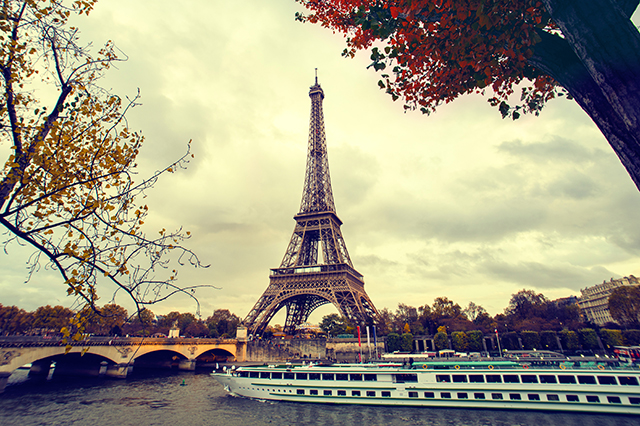 River cruising has experienced a big surge in popularity over the last several years, and there is no reason that families can’t get in on this exciting travel trend.

While not every river cruising itinerary is aimed at travelers looking to vacation with their kids, there are options for folks looking to do just that.

Many river cruise vacations depart from Lyon, but a lot of companies offer transfers to the port from Paris, the nation’s largest city and the anchor of many French getaways. For those looking for a little guidance, some cruise lines will provide families the chance to see some of the city’s best-known sights in the company of an expert tour guide.

You’ll definitely want to see the Eiffel Tower. Families with younger children can take elevators while families of older children (or parents looking to help their kids expend some energy) can tackle more than 700 steps to enjoy sweeping views from the tower.

Other Parisian mainstays include the Arc de Triomphe, the Louvre and Notre Dame Cathedral. You might not have the time to visit the inside of every attraction, but families can, at the very least, stop to snap some selfies commemorating the occasion.

If you do have a chance to head inside the Louvre, be sure to see some of its prized treasures like the Mona Lisa, the Venus de Milo or Winged Victory of Samothrace.

Cycling is another way of seeing the city. If it’s available, consider a guided bike tour along the banks of the River Seine.

The TGV is a high-speed train that connects Paris with Lyon. It’s about a two-hour trip and a good opportunity for the whole family to chat about everything they saw the day prior, and what they’re looking forward to from their family river cruise vacation.

River cruising ships are typically smaller vessels compared with ocean cruising ships, but families should expect expert crew members to help them get acclimated all the same.

The town of Tournon-sur-Rhone may be among your first stops from Lyon. River cruise vacations vary by itinerary but some experiences available on shore excursions may include cooking classes at Scook – the cooking school of Anne Sophie Pic, located next door to the Michelin-awarded restaurant Maison Pic – and demonstrations in the art of making chocolate at Valrhona Cité du Chocolat.

If your family cruise vacation next takes you to Arles, you may next take a drive to Camargue, a vast, marshy delta that has been home to free-roaming black bulls since Roman times. Today, the bulls are looked after by French cowboys, saddled up on white Camargue horses. Many families enjoy seeing them up close at a private ranch, called a manade, and the occasional hayride into the fields to see bulls, mares and foals.

If possible, spend some time exploring medieval Arles before setting sail once more. If it looks familiar, that’s because many of its locations have been captured in brilliant strokes of color by one of its most famous residents, artist Vincent van Gogh.

Few things are as precious as inspiring a sense of wonder in children, and that’s exactly what’ll happen on family cruise vacations that visit Avignon’s 12th century Palais des Papes. Take a tour to learn about the history of this renegade palace built in opposition to Rome. It’s one of Europe’s largest medieval Gothic buildings.

Children may also enjoy a bicycle ride of the city, or a swim at an Avignon beach, and they’ll likely get a kick out of walking across the famed Pont du Gard, if possible. The three-level, 164-foot-high bridge was built by Romans to carry fresh water over the Gardon River about 2,000 years ago.

A look into centuries-old architecture continues on trips that go from Avignon to Viviers. Narrow, cobbled streets and inviting passageways in shades of blue and green lead to the petite 12th-century Cathédrale Saint-Vincent. Before returning to the ship, some families may want to try petanque, if possible. It’s a popular game played by tossing a small metal ball about the size of an orange.

Many river cruises in France that start in Lyon also end in Lyon. While your family may be bummed about coming to the end of the vacation, parents at least don’t have to worry about getting to the airport or train station. Many companies offering river cruise vacations provide transfers to help get you home.

To learn more about AAA vacation packages and to search for or book a trip similar to the river cruises in France outlined above, go to AAA.com/Vacations.