More Cool Road Trips for Music Fans to Take Throughout the U.S.

Across the country, there are dozens of cool road trips to take for hardcore music fans and lovers of music history. 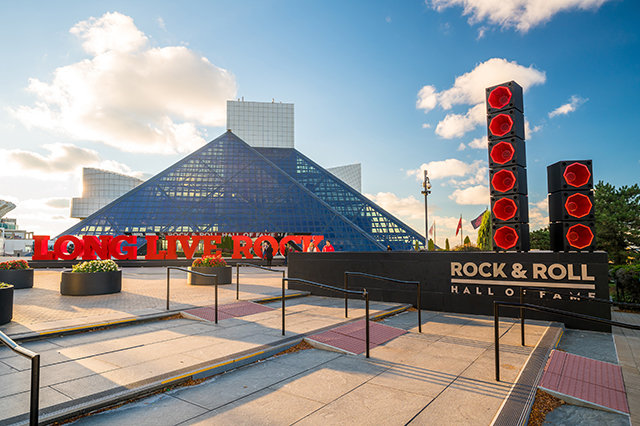 For music fans that love to travel, these cool road trips to take are full of musician birthplaces, fantastic museums and hotels where rock stars proved their mettle for destruction. After our look at the best music road trips in New York, we wanted to expand our reach. While the five boroughs, upstate New York and New Jersey are top spots to seek out rock ‘n’ roll landmarks, there are numerous locations made iconic by music around the nation. Our ultimate guide includes childhood homes of rock ‘n’ roll icons, sites made famous due to their inclusion on album covers, museums and famed musical venues. If you like music and music history, you’ll love these road trips.

One of rock ‘n’ roll’s most popular spots in the United States, the 13.8-acre Graceland estate in Memphis was once Elvis and Priscilla Presley’s home and now serves as a living monument to the artist. The Elvis Presley Birthplace in Tupelo, Mississippi was the singer’s childhood home and Sun Studio, which was established in 1950 in Memphis, hosted iconic early sessions by Elvis, Johnny Cash and Jerry Lee Lewis.

Rock and Roll Hall of Fame

Our nation’s most highly visited shrine to rock ‘n’ roll music, located on the shores of Lake Erie in Cleveland, this museum features exhibits on numerous artists who have changed the face of music, from The Beatles to Little Richard, The Doors and Nirvana. And, every year, the hall of fame inducts several new bands or performers. Any music fans looking for cool road trips to take have to keep Cleveland top mind for a stop.

This site in Macon, Georgia – also known as The Allman Brothers Band Museum – was home to the group’s original members and their families from 1970 to 1973. It was renovated and opened as an interactive museum in 2009. The site contains the world’s largest collection of Allman Brothers memorabilia.

Located in Nashville, this red-brick museum includes displays and memorabilia from the life of the singer, songwriter and actor. And the singer’s gravesite in Henderson, Tennessee – located 18 miles from Nashville – is open to the public.

Known as “Music City,” Nashville is the nation’s top spot for country and western music. Although part of the full experience involves in taking in some live music, other spots you’ll certainly want to see include the aforementioned Johnny Cash Museum, Grand Ole Opry House and Ryman Auditorium, which is known as the “Mother Church of Country Music,” acted as the original Grand Ole Opry site and hosted everyone from Emmylou Harris and Patsy Cline to Coldplay and Neil Young.

Troubadour and Whisky a Go Go

Frequently ranked as one of the nation’s best rock ‘n’ roll clubs, the Troubadour is located on Santa Monica Boulevard near the Beverly Hills border. In the 1960s and 1970s, performers included Jackson Browne, the Eagles and Van Morrison, but it became synonymous with hair metal in the 1980s, hosting Motley Crue, Poison and Guns N’ Roses. In the modern era, it is known for presenting UK artists such as Radiohead and Arctic Monkeys. Whisky a Go Go, located in West Hollywood, is another world famous Los Angeles club that has been named an historic landmark and hosted groups such as The Doors and Led Zeppelin and became a top spot for emerging grunge artists in the 1990s. Also, if you find yourself at the Whisky, walk a few doors down to 1114 N. Clark, which is the location of the apartment where Guns N’ Roses got its start. No doubt, when looking for cool road trips to take in Southern California, these clubs have to be on your list.

Designed to evoke a French chateau, the Sunset Boulevard-based Marmont was a popular stomping ground for musicians and actors (John Belushi died of an overdose at the hotel). It’s also known for some of the wild behavior exhibited by its inhabitants, such as Jim Morrison’s attempt to swing into his room from the roof on a drainpipe. The Andaz West Hollywood – originally, the Gene Autry Hotel and, then, the Continental Hyatt House – is a hotel where many rock legends –including Led Zeppelin and The Who – stayed during visits to L.A. due to its proximity to the Whiskey a Go Go. Also known as the “Riot House,” the hotel was where Robert Plant is alleged to have said “I am a golden god,” a phrase later shouted by a fictional character in Cameron Crowe’s “Almost Famous.”

The store, which opened at the turn of the 20th century in Los Angeles, was once frequented by musicians in the Laurel Canyon scene, including Joni Mitchell and Carole King. Jim Morrison lived opposite the market and described it in “Love Street” as the “store where the creatures meet.” The site still operates as a retro café and grocery store.

Located in New Orleans’ Lower Ninth ward, the musical legend’s home was damaged during Hurricane Katrina, but has since been restored. Domino had to be rescued by the Coast Guard during the devastating 2005 storm and now lives in a nearby town. However, the yellow with black trim home can still be seen along Caffin Avenue.

Austin is known for its music scene and hosts the annual South by Southwest film and music festivals. Antone’s is one of the city’s top music venues and was once a spot where the late Stevie Ray Vaughan jammed with blues legend Albert King. Performers who have taken the stage at Antone’s include Muddy Waters, Buddy Guy, Eric Clapton and Bono.

Still an operating venue for musical acts, this historic landmark gained its fame in the early days of rock ‘n’ roll, hosting performances by Buddy Holly, Ricky Valens and the Big Bopper. It’s also frequently associated with the “Day the Music Died” as it was the last place Holly played before he died with Valens and the Big Bopper in a plane crash in 1959.

Blues legend Muddy Waters hosted jam sessions with everyone from Howlin’ Wolf to Chuck Berry at this house on Lake Park Avenue, where he lived until the mid-1970s. City inspections in recent years have found the property uninhabitable, so this is a spot to view from the street.

Paying homage to the record label once known as “Hitsville USA,” this museum is dedicated to the legacy of the label founded by Berry Gordy that produced The Jackson 5, Marvin Gaye, Stevie Wonder, Temptations, Smokey Robinson and the Miracles, Four Tops and Diana Ross and the Supremes.

One of five public art works on Seattle’s National Oceanic and Atmospheric Administration campus, this sculpture by Doug Hollis, which debuted in 1983, includes organ pipes hung from 12 steel towers. Just one year after it opened to the public, it provided the moniker for a band seeking a name. Wanna guess which one?

Also known as the North Aberdeen Bridge, this structure in Washington covers a brief span of the Wishkah River, connecting the city of Aberdeen with North Aberdeen. It was referenced in Nirvana’s “Something in the Way,” which was the final track off the band’s landmark record “Nevermind,” and Kurt Cobain propagated a myth that, at one point, he had lived under the bridge, although biographers have written that he likely spent his homeless days with friends. Although the Aberdeen city council voted against renaming the bridge after Cobain, a statue of his Fender guitar can be found nearby.

The Beverly Hills Hotel is known in the world of rock ‘n’ roll as the “Hotel California.”

But that’s obviously not all. A list of noteworthy spots pertaining to music across the U.S. could go on for days, but there are a few other sites we’d like to mention. There’s the Beverly Hills Hotel, which is slightly better known in the world of music as the “Hotel California.” Prior to the Eagles’ classic rock staple, the hotel was a hangout for the Rat Pack. And while there may be plenty of room at the hotel, the word is that after having checked in, you might never be able to leave.

There’s also Michael Jackson’s Neverland Ranch in Los Olivos, California, which you might be able to spot, but likely won’t be able to visit due to its having been vacant since 2003 and the property being left in a family trust. When the King of Pop lived there, it was said to have amusement park rides and a petting zoo.

In Berkeley, you’ll find 924 Gilman, a non-profit alternative music foundation operated entirely by volunteers. Established in 1986, it was once the incubator for bands such as Green Day, Rancid and Bad Religion. And, in Van Nuys, you’ll want to drop by Sound City Studio, which was the birthplace of more than 100 platinum and gold albums, such as Nirvana’s “Nevermind” and Tom Petty and the Heartbreakers’ “Damn the Torpedoes.”

In San Francisco, there’s the Grateful Dead House at 710 Ashbury Street, which was located in the epicenter of the hippie movement and counterculture. The band lived at the property until early 1968, when the Dead released its first album and was also the site of the infamous Summer of Love bust.

In Minneapolis, there’s First Avenue, a spot most national touring acts don’t dare to miss. In the 1980s, the site hosted performances by Prince, The Replacements, Soul Asylum and Husker Du. And the live concert sequences from Prince’s “Purple Rain” film were shot there. Speaking of The Replacements, if you’re in Minneapolis be sure to swing by 2215 Bryant Avenue and see if you recognize the rooftop, which was prominently featured on the cover of the band’s “Let It Be” record.

What are your favorite cool road trips to take for music sites and destinations? Tell us in the comments.

Plan your own music-themed road trips with AAA. 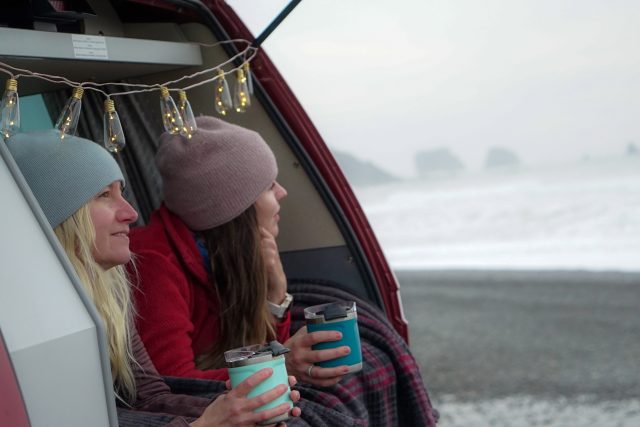