Where Are The Hamptons: A Comprehensive Guide

Where are the Hamptons? We have the answer. Here's what to do and where to stay during your beach vacation.

2 COMMENTS
Road Trips » Where Are The Hamptons: A Comprehensive Guide 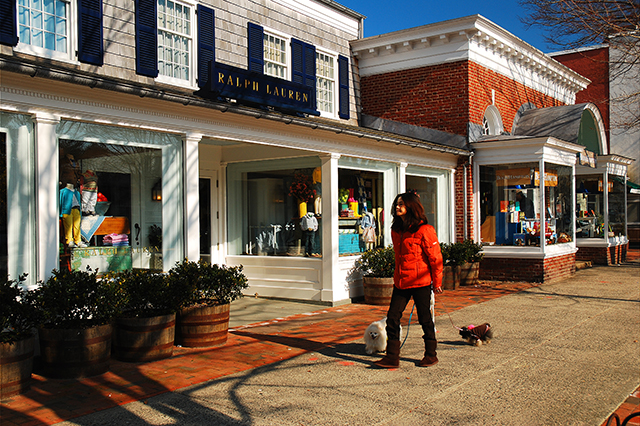 Stuck at work wishing you were sitting on a beach? Where are the Hamptons when you need them, right?

The good news for most Northeasterners is that it’s not too far away.

The Hamptons are a popular vacation destination for locals and out-of-towers alike, all drawn to the Long Island waterfront hamlets by promises of cool breezes, beach days, upscale hotels, restaurants, shopping and, perhaps, even the possibility of a celebrity sighting.

Where are the Hamptons? Well, they’re roughly 100 miles from New York City and, in the ideal no-traffic scenario, it would take about two hours to drive there from NYC and about four and a half hours from Boston. Traveling by car is the best option for vacationers who want the convenience and flexibility of having transportation at their disposal and are planning to visit multiple sites around the area. No wheels? Save on Hertz rentals.

Unfortunately, as many of us know all too well, a no-traffic trip is often more of a fairy tale than reality.  The line of idling cars can stretch for miles along the Long Island Expressway or Montauk Highway, seemingly moving inches at a time, which can be an eternity when you’re trying to get your vacation on.

Luckily, public transportation options exist. Travelers choosing to journey by train from Penn Station should take the Babylon branch to Montauk branch, which makes stops in multiple Hampton towns and villages. Check out the LIRR schedule.

Another option is to board the Hampton Jitney, which makes frequent departures from several locations in New York City and makes stops in almost all Hamptons hamlets.

Of course, if you can foot the bill, the ideal way to get to the Hamptons is by helicopter, which will get you there in about half an hour. Sounds crazy, but it’s not too far fetched for the Hamptons elite.

Hotels in the Hamptons

The Maidstone is designed with comfort in mind with décor influenced by Scandinavian culture, an atmosphere they refer to as “Scandinavian cozy.” Each of the 19 rooms in this small boutique hotel is named after a well-known person of Scandinavian decent or a famous Scandinavian concept and themed appropriately. The Astrid Lindgren room, for example, serves as a tribute to the author’s character, Pippi Longstocking, and boasts a whimsical theme. The Maidstone is the perfect place to stay if you’re bringing Fido along for the trip as the property not only welcomes dogs, but also caters to their canine desires with a chef-created “Woof Menu,” complete with “Yappy Hour” discounts. Guest can also yoga lessons in the Buddha Garden, spa services and a complementary beach parking permit with each room rental.

Guests at the Topping Rose House can expect a luxury experience on par with their Hamptons expectations,  including sleeping on Frette linens, enjoying libations from their customizable minibar and ordering 24-hour room service to be enjoyed steps away on the private lawn just outside the sliding bedroom doors. The modern luxuries serve in contrast to, but not in opposition to, the property’s rich history. Built in 1842, the Greek Revival-style mansion was one of many of its style in the area and remains today as a tribute to luxury living.

With a casual atmosphere that still holds a sense of Hamptonesque luxury, the 90 rooms at the Southampton Inn are decorated with a simple elegance. Minimal, comfortable furniture contrasts with bright pops of colors on throw pillows and fresh flower adornments. Southampton Inn is located within walking distance of downtown Southampton and its array of shops and restaurants. Those choosing to relax at the Inn can cozy up by the fireplace in the Library, play lawn games or tennis and children can play in the dedicated Play Room.

The environment at A Butler’s Manor exudes senses of affluence, luxury and pampering, influences applied by the owner and operator Chris Allen, a classically trained British butler with more than 20 years of experience. Guests to the four-room Colonial will enjoy breakfast in the English garden during the warm months, luxury accommodations decorated with a British twist and even 24-hour access to hot tea. You just may start to think you’re actually in the English countryside.

Where are the Hamptons’ top restaurants?

Set within The Maidstone, The Living Room Restaurant draws from the hotel’s Scandinavian theme and adds a farm-to-table element. The end result is a cuisine philosophy based on using organic, locally-sourced ingredients in combination with classic Scandinavian ingredients that pays respects to the planet and our bodies. The diverse menu includes everything from Swedish Toast Skagen with lojrom (caviar) to American-classic burgers. Vegan and gluten-free options are also available. In addition to regular meals, the restaurant serves afternoon tea and brunch on the weekends.

Set in an 1846 hotel, each of the four dining rooms at The American Hotel have a distinct, yet collectively luxurious, ambiance that aligns with the chef’s American take on classic French cuisine. While menu options and preparations change almost daily, dishes include lobster and Cognac bisque, variations on foie gras, sweetbreads, flounder amandine and caviar selections. The restaurant also holds the distinction of having one of the greatest wine lists in the world, an honor bestowed by Wine Spectator and held by only 87 restaurants worldwide. It is 85 pages long and features thousands of selections.

With its Asian-influenced modern décor, Sen interprets Hamptons luxury in a contemporary fashion. The menu includes traditional and more creative sushi options, meat entrees and a soup and noodle bowl section. The drink menu features a variety of sake options served by the glass, carafe, bottle or flight.

A meal at Nick & Toni’s is decidedly Mediterranean from the moment you walk in the door as the exterior is designed to look like a warm Tuscan farmhouse. Inside, the seating is centered around a wood burning oven and menu options include antipasta selections, elaborate pizzas and Italian entrees. A Sunday brunch and outdoor dining on the patio complete the experience.

Things to do in the Hamptons

With its three floors of exhibits showcasing maritime artifacts, historically informative displays and the “Gallery of Whaling,” a collection of paintings by an East Hampton artist chronicling a 19th-century whaling expedition, this museum serves to educate on the role East Hampton’s connection to the sea had on the history and development of the town and its citizens.

Occurring annually in late summer, the Hamptons Classic Horse Show is as much about the horses as the people watching. The event is a who’s-who of the Hamptons community and often has celebrity attendees. In the ring, equestrians compete at various levels for prestigious awards. The 2016 Hampton Classic Horse Show will take place from August 28-September 4.

The Southampton Historical Society is comprised of a colony of buildings and dedicated to preserving their original Colonial character. Visitors can tour the Thomas Halsey Homestead, built in 1660 and one of the oldest homes in New York State, visit the blacksmith’s or cobbler’s shops, or pop their heads into the Pelletreau Shop, originally a dry goods store. The Rogers Mansion features museum displays highlighting local Southampton history.

The collections at this art museum include contemporary – featuring works by favorites Lichtenstein and Pollock – to works of American impressionism as well as those highlighting the local landscape and artists that call the Hamptons home in the museum’s “East End Stories” collection.

Exploring this refuge’s beach, forest, field and salt marsh, you’re bound to encounter some of Long Island’s native wildlife or stumble upon nesting areas of numerous local bird species such as ospreys and the endangered piping plover. Start with the self-guided Wild Birds Nature Trail, bring your binoculars and see where the path leads you.

Vineyards in the Hamptons

Duck Walk Vineyard has two locations on Long Island, its flagship winery in Watermill and Duck Walk North, located on the North Folk in the town of Southold. Duck Walk North features acres of vineyard and both locations welcome guests into tasting rooms to sample award-winning wines.

Wolffer Estate Vineyards got its beginning as a potato farm, transformed into a horse estate, later to which 55 acres of vineyards were added. The contemporary result is an estate that focuses both on horses and wine, creating an atmosphere that exudes a feeling of English-influenced lavishness. The vineyard uses sustainable practices to cultivate its grapes and its wines are served in their tasting room, full-service restaurant and at the nearby Wine Stand, a popular spot for a casual drink and live music on the lawn.

Did we miss any important Hamptons landmarks or destinations? Let us know in the comments.

2 Thoughts on “Where Are The Hamptons: A Comprehensive Guide”