Disney Resorts Around the World

Did you know that there are six Disney resorts across the globe? Experience the magic of a Disney Vacation beyond Florida or California. 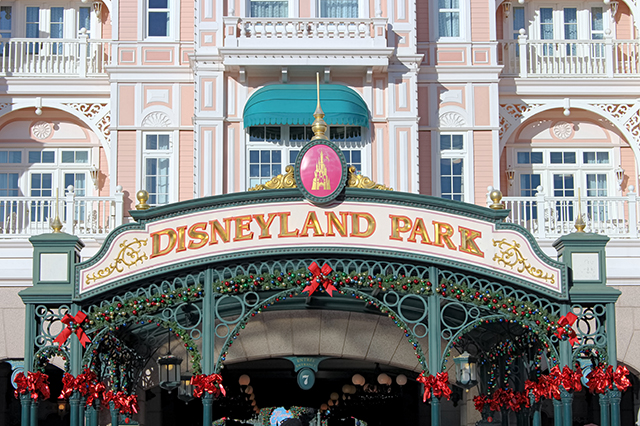 Most people know about Disneyland and Walt Disney World, but did you know that there are actually Disney resorts all around the world? I’m not talking about hotels like Aulani or private beaches like Castaway Cay. These are fully developed theme park destinations with attractions, characters, hotels and dining. If you’re looking to broaden your Disney vacations horizons, you might want to add on a list of Disney resorts around the world.

You may be thinking “Who cares? Seen one, seen ‘em all,” but these parks are actually not as similar as one might expect. The Disney resorts outside of America are full of surprises and unique experiences that you just can’t get in Anaheim or Orlando.

The best attractions unique to Tokyo Disney are Pooh’s Hunny Hunt, Monster’s Inc. Ride & Go Seek, Journey to the Center of the Earth and the Venetian Gondolas. A lot of diehard Disney fans love Tokyo Disney, and some even go so far as to say Tokyo DisneySea is the best Disney park in the world.

Disneyland Paris consists of a castle park, called Disneyland Park, and a park based on Disney’s Hollywood Studios in Orlando, called Walt Disney Studios Park. Originally known as Euro Disney, Disneyland Paris is a charming resort with a little bit of European flair.

The best attractions unique to Disneyland Paris are Phantom Manor (their version of the Haunted Mansion), Remy’s Totally Zany Adventure, Crush’s Coaster and Alice’s Curious Labyrinth. Disneyland Paris is home to what is, in my opinion, Disney’s most beautiful castle. Their centerpiece Sleeping Beauty Castle is playful, colorful and inspired by nearby historic architecture. There’s also a dragon underneath, which is less historic and more awesome.

Hong Kong Disneyland is teeny tiny, especially since it’s built entirely on reclaimed land. Their little centerpiece castle is reminiscent of Anaheim’s squat Sleeping Beauty Castle. In fact, it’s almost an exact copy (maybe an homage to Disney’s Xerox era?).  A huge overhaul of the park is upcoming, including the addition of new lands and a new look for the castle. Be on the lookout for the new Frozen land, Marvel land and a Moana-themed Adventureland makeover.

The best unique attractions at Hong Kong Disneyland include Mystic Manor (a distant relative of the Haunted Mansion), Big Grizzly Mountain Runaway Mine Cars, the Toy Soldier Parachute Drop and the Iron Man Experience. There’s also a fascinating, trilingual version of the Jungle Cruise, with lines in Mandarin, Cantonese and English.

Of all the Disney resorts Shanghai is the newest, and it shows. This glossy, beautiful park is jam-packed with thrill rides and amazing attractions that reimagine stateside Disney classics. Shanghai Disney is crowned with the largest castle out of all the Disney parks. The Enchanted Storybook Castle is tall and sprawling and very pink, with several attractions housed inside.

Shanghai Disney is perhaps the most unique castle park, offering a variety of new attractions and lands, with a layout inspired by the rules of feng shui. Hong Kong Disneyland attempted to solve the Main Street USA feng shui problem (a straight road leading to the castle that caused chi to flow out of the park) by bending the walkway from the train station to the gate. Shanghai Disney solves the problem by replacing Main Street USA with the (much shorter) Mickey Avenue, followed by a large Chinese garden filled with Disney versions of the Chinese zodiac animals. The winding pathways of the garden protect Enchanted Storybook Castle’s chi.

What’s next on your list of Disney vacations around the world? Let us know in the comments below!

Find great deals on your next Disney vacation with AAA.

4 Thoughts on “Disney Resorts Around the World”