The two are not as similar as you may think! 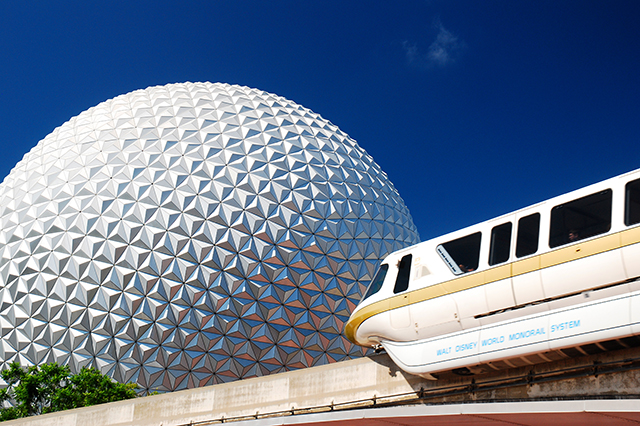 When I lived in Orlando, I had a roommate from Southern California. While planning our first outing to the Disney parks, she said, “After we leave the Magic Kingdom we can just walk to EPCOT, right?”

Therein lies the key difference in the Disney World vs. Disneyland debate. My roommate was not yet familiar with the fact that the area of Walt Disney World is 43 square miles, and that EPCOT is about 4 miles away from the Magic Kingdom. We would have to swim through the Seven Seas Lagoon or even cling to the track of the monorail to go the shortest route. And even that would take over an hour.

The longest walk between parks at Disneyland, however, is about five minutes gate-to-gate. You don’t even have to swim through anything. They really have it good over there, don’t they?

Walt Disney World is, more than anything else, a second take at Disneyland. People claim that you can feel the influence of Walt Disney more at Disneyland, since “he actually walked there,” but this ignores the extent to which Walt was obsessed with the creation of his Orlando Project.

People thought that Walt was crazy when he opened Disneyland in Anaheim, California. But they thought he was even crazier when he appeared on their television sets and started to wax poetic about EPCOT, the futuristic utopia he planned to create (and rule over?) in Central Florida. The main difference between Disneyland and Disney World to Walt was that in Disney World, he had more room. He had acquired a stretch of land the size of San Francisco, and he could develop it endlessly, filling it with his wildest dreams.

Even with four theme parks, two water parks, twenty-five resorts and a sprawling shopping center, Walt Disney World still has room to expand. In contrast, Disneyland has two parks and three hotels, and they’re bursting at the seams.

Another main difference in the Disney World vs. Disneyland debate is that Disneyland is really a locals park. There are of course tourists, but also just a lot of people from southern California. Disneyland is also able to let their characters roam semi-freely around the parks, since they get mobbed far less often.

Walt Disney World is filled mostly with tourists, many of whom will only have one Disney vacation in their lives. At Disney World, most characters are not really able to walk around. They’re roped off for scheduled meet-and-greets, and there’s usually a queue to see them.

Walt Disney World pretty much runs on MagicBands. MagicBands are little bracelets which can be “loaded” with your room key, your park tickets and even your credit card.

Both parks have pretty similar Magic Kingdoms, but that’s not all either of them offer. Disneyland has California Adventure, and Disney World has EPCOT, Hollywood Studios, and Animal Kingdom.

California Adventure is a park that’s sort of cobbled together by all of the things that didn’t fit in Disneyland Park. There’s an old Hollywood theme, a carnival theme, a wilderness theme and a Pixar theme all jumbled together under the banner of “things in California.”

EPCOT has deviated drastically from Walt’s original utopian vision to become a never-ending world’s fair, with the front half focused on innovation, and the back half focused on different world cultures.

Hollywood Studios, the brainchild of former CEO Michael Eisner, was at one point themed around old Hollywood. The park is in the middle of a transitional period, and it’s on its way to becoming a park dedicated to Star Wars and Pixar, mostly.

Animal Kingdom is a park focused on wildlife and conservation. The park is home to Kilimanjaro Safaris, where you can get some up-close views of elephants, giraffes, rhinoceroses and other African animals. Animal Kingdom recently opened a new land, Pandora, based on James Cameron’s Avatar.

It usually takes about a week to fully experience Walt Disney World, though you still won’t get to everything. Disneyland could be done in three days. Even two, if you plan your fast passes right.

When people talk about Disney World vs. Disneyland, they often don’t talk about the actual differences. They speak in abstractions, saying things like “I just feel like [insert park here] is more magic.” But if you’re deciding between Disney World vs. Disneyland for your vacation, you need to consider how they actually differ in reality. And then the magic can really get started.

Do you prefer Disney World or Disneyland? Tell us in the comments.

One Thought on “Disney World vs. Disneyland”