What Does it Mean to Be a Disney Imagineer?

0 COMMENTS
Theme Park Vacations » What Does it Mean to Be a Disney Imagineer? 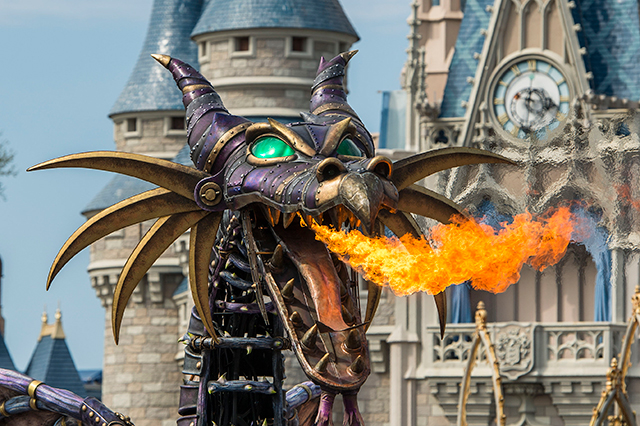 The word “Imagineer” gets thrown around a lot when talking about the Disney parks, but often people don’t know what it actually means. The fanciful name “Disney Imagineer” makes the job seem mysterious and fanciful, almost like saying you’re an alchemist or a wizard. In fact, there are over 140 different job titles that fall under the umbrella of being a Disney Imagineer.

Mainly, it means someone who works for Walt Disney Imagineering Research Development, Inc. These are the people who research and develop ideas for the Walt Disney Company. They’re in charge of dreaming, designing and building Disney theme parks, attractions, cruise ships, resorts etc. Basically, they’re about live entertainment. They’re not really involved in the creation of films or television. They create things you can see and touch and smell, experiences that you can walk right into.

If at a Disney park a rollercoaster has ever taken your breath away, if you’ve ever spotted a hidden Mickey, if you’ve ever noticed a tiny, delightful detail amongst pirates and princesses, you have a Disney Imagineer to thank.

What it means to be a Disney Imagineer

Being a Disney Imagineer doesn’t necessarily mean being an engineer, though that is where the Imagineers got their name (and there certainly are a number of extremely skilled engineers in the company). Imagineers can be architects, writers, interior designers, illustrators, concept artists, landscapers, archivists, costume designers, theatre technicians, special effects experts, graphic designers and more. With over 140 different job titles, there’s bound to be some diversity in talents and specialties.

Imagineers work mostly at a campus in Southern California, but they are often deployed to projects in different parts of the world like readying the park in Hong Kong Disneyland for new expansions. A small army of Imagineers in Orlando helped to bring Pandora to life at Disney’s Animal Kingdom and worked in Florida’s Hollywood Studios, overseeing the construction of Star Wars: Galaxy’s Edge and Toy Story Land.

The Disney Imagineers are, above all else, storytellers. Imagineering is a form of storytelling, of putting on a show. That’s why Disney theme parks use theatre language all the time, like “good show” (immersive storytelling), “bad show” (the intrusion of reality), “onstage” (places the guests can see), “backstage” (places the guests cannot see), “cast member” (employee) and “costume” (uniform). This ideology is why Disney roller coasters almost never have exposed tracks or beams (bad show).

Disney Imagineers are the rock stars of the theme park world. Since 1952, they’ve designed twelve theme parks, two water parks, four cruise ships, shopping centers, around fifty resort hotels, a planned community and the ABC Times Square studios. They were also instrumental in the 2009 redesign of Disney Stores across the country. You know, among other projects.

What the Disney Imagineers are best known for is perhaps their development of audio animatronic technology, which Walt Disney was fascinated with himself. To compare and contrast, Mr. Lincoln, one of the first humanoid audio animatronics, can sit up, sit down, and deliver the Gettysburg address. The massive Na’vi Shaman of Songs on Pandora’s River Journey attraction, however, can sway along with the music, fully articulate her face, gracefully wave her arms and independently move each and every one of her fingers. She looks like a living, breathing creature. The sheer innovation is all part of that signature Disney magic.

If you were a Disney Imagineer, what would your dream job be? Let us know in the comments.

When you are ready to plan your next Disney vacation, AAA travel agents are standing by.