Take a look at the exciting developments in store at Orlando theme parks for 2019. 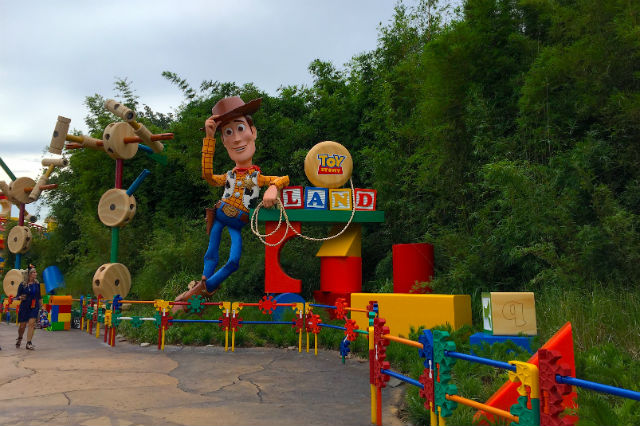 There’s always something new in Orlando, Fla., home to the world’s top theme parks. Here are the latest reasons to make a trip.

A few months ago, Disney’s Hollywood Studios debuted the 11-acre Toy Story Land. If you plan on riding the headliner Slinky Dog Dash roller coaster, make sure you have a Lightning Lane reservation, or brace yourself for a two-hour wait shortly after the park opens.

In early 2019, McQueen, Mater and Cruz Ramirez of “Cars” fame will star in the new Lightning McQueen’s Racing Academy. Next, also in 2019, Mickey & Minnie’s Runaway Railway will thrill visitors as it twists through a full-scale replica of the Grauman Chinese Theater.

If you’re already excited about what’s new at Disney World, brace yourself for one of the most highly anticipated developments yet. Mark your calendar for 2019 for the solar system debut of the 14-acre Star Wars: Galaxy’s Edge. Soon after, you can expect the opening of a “Star Wars”-themed hotel.

Also new for 2019 in Disney Springs, the NBA Experience, offering interactive games, a retail store and a restaurant, is expected to open in the summer. For a more laid-back experience, the newly debuted Wine Bar George, with more than 130 wine selections handpicked by master sommelier George Miliotes, is the perfect place to enjoy late-night drinks and tapas-style bites.

Disney continues to add more hotels. 2019 brings a new 15-story tower to the Coronado Springs Resort and the opening of Disney’s Riviera Resort. Topping it off, Skyliner – a new gondola transportation system linking Epcot, the Riviera Resort, the Caribbean Beach Resort, Disney’s Hollywood Studios and the Art of Animation and Pop Century resorts – is also projected to open in 2019.

Last year, Pandora: The World of Avatar, an otherworldly land inspired by James Cameron’s movie “Avatar,” opened at Disney’s Animal Kingdom. In August, the Visual Effects Society honored it for outstanding visual effects, one of many recent industry honors this innovative attraction has snagged. The land and its rides are still in high demand and totally worth your visit. The park also added a new bird show based on the flick “Up.”

At the Magic Kingdom, while waiting for Tron Lightcycle Power Run, a coaster-style attraction scheduled for 2021, don’t miss “The Muppets Present … Great Moments in American History,” a show featuring the latest hysterical sketches by Kermit and friends.

Epcot is still in “Frozen” fever, so if your little tyke is an Anna and Elsa fan, arrive early and get to the Norway pavilion as soon as the park opens. A “Ratatouille”-inspired attraction for the France pavilion and a “Guardians of the Galaxy”-inspired roller coaster, as well as a space-themed restaurant, are also in the works. No opening dates have been announced.

Open since August of 2018, the beautiful 600-room Aventura hotel offers stunning views of Universal Orlando’s theme parks and Universal’s Volcano Bay water park. Rooms combine a sleek modern look with the latest technology, such as tablets that allow you to order room service and control the air conditioning, lighting and TV. Prices start at $116 per night plus tax.

In case you haven’t visited Volcano Bay, slip on a bathing suit and go now. The tropical theme recalls the islands of the South Pacific, and, in my opinion, it’s one of the nicest water parks out there. And after a long day in the parks, Aventura’s Bar 17 Bistro rooftop bar is the place to relax and unwind.

At Universal’s Islands of Adventure, 2019 will bring the opening of an eagerly awaited new Wizarding World ride in Hogsmeade. Right next to it, “The Eighth Voyage of Sindbad” show ended its 19-year run in September. While no replacement has been announced, muggles worldwide can’t wait to see what’s in store.

Meanwhile, Harry Potter fans should make sure to catch the nighttime lights at Hogwarts Castle. The show, which casts projections against the backdrop of the impressive castle, takes place on select nights. The show gets a Christmas overlay as of mid-November.

Another newcomer to Islands of Adventure is Blue from “Jurassic World: Fallen Kingdom.” Guests can meet the raptor at the Jurassic Park Raptor Encounter.

Movie-inspired attractions are the stars at Universal Studios, with the 3D motion-simulator Race Through New York Starring Jimmy Fallon and Fast & Furious: Supercharged being the latest additions.

An absolute must-see is Universal Studios’ brand-new nighttime show, “Cinematic Celebration.” It features multi-layered water screens, pyrotechnics and more than 120 dancing fountains. Playing on select nights, it is a great ending to a day at the park.

Over the last few years, Universal Orlando has acquired hundreds of acres of land. Could it be looking at another theme park? Will Super Nintendo World, currently in the works at Universal Studios Japan, finally make its way to Florida? The possibilities are endless and exciting. Rest assured, there will always be new reasons to visit the incredible theme parks in Orlando.

Plan your next theme park trip with AAA and save.