Got Game? Your Smartphone Does

Winter means lots of time spent indoors. Lots. And there are only so many movies and You-Tube cat videos that one can watch. Why not liven things up with a board game or two? But instead of hauling your circa-1985 edition of Trivial Pursuit or Risk from the basement, check out a new game on...

1 COMMENTS
Technology » Got Game? Your Smartphone Does 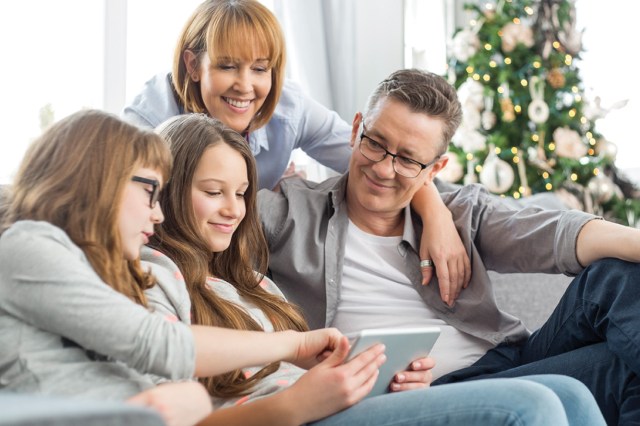 And there are only so many movies and You-Tube cat videos that one can watch. Why not liven things up with a board game or two? But instead of hauling your circa-1985 edition of Trivial Pursuit or Risk from the basement, check out a new game on your smartphone or tablet.

No missing pieces, and you can download a new one every day if you want. So long, cabin fever!

Here are some of our faves.

No more missing tiles! Plus, the digital version has a speed play function and the ability to compete against your Facebook friends. You can also play a face-to-face game with the app’s pass n’ play option. A-W-E-S-O-M-E.

Remember how tedious Monopoly used to be? Counting out the money, figuring out who owns what? Well, the digital version does away with all that. Plus, you can challenge up to three friends with the pass and play feature. And maybe the best part? You shake the “dice” by shaking your phone.

Quick! Think of a book title, fruit and car make that all start with the letter B. If you love making lists and thinking on your feet, this game’s for you. It’s fast, it’s fun, and you can either play against a random opponent or dial up your Facebook friends for an added challenge.

Remember the board game Headbands? This is a lot like that, but a little more grown-up. It’s the brainchild of Ellen DeGeneres, who often plays it with guests on her show. You put your phone on your forehead, display side out, and must guess what word is displayed with help from the other players.

3-D simulation makes you feel like you’re actually poking and prodding little blocks in a wobbly wooden tower. Up to four people can play with the app’s pass and play feature, and there’s no clean-up involved once the tower inevitably topples over.

One Thought on “Got Game? Your Smartphone Does”