Australia Unexpected – Delving Beneath Stereotypes Down Under 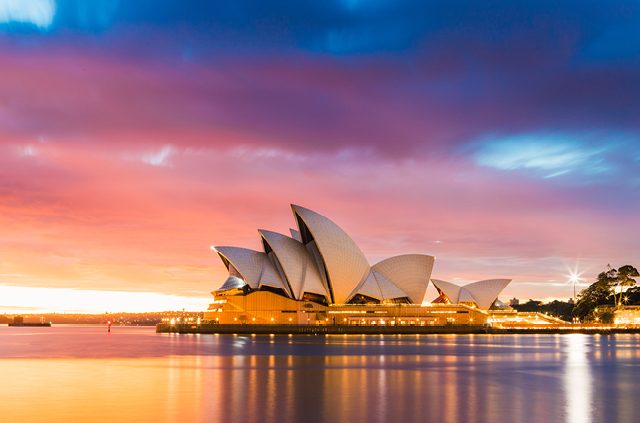 The Sydney Opera House, the Harbor Bridge – and dare I say an expectation to hear cliched cries for shrimp on the barbie – is what I expected to find in Sydney, Australia, after a seemingly impossible 25-hour flight from New England.

But as my wife and I made our way out of the airport with two strollers, two car seats, two suitcases, two backpacks and (thankfully) two toddlers, the first thing that struck me was the sounds of the birds. They were exotic and tropical. The caws of cockatoos, songs of rainbow lorikeets and shrieks of the kookaburras (which sound more like chimpanzees) made me feel like we were somewhere primal. Darwin’s world was opening before us! 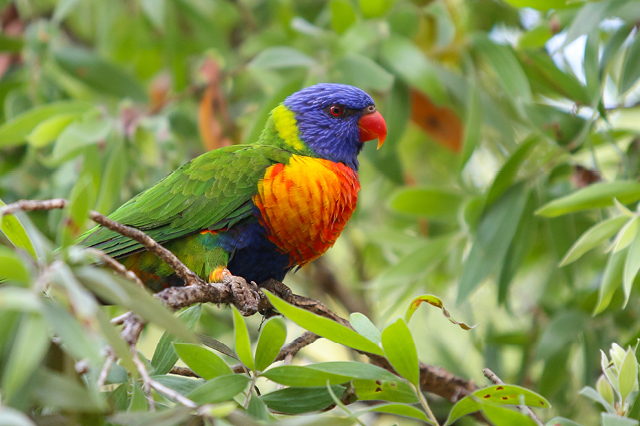 A rainbow lorikeet is one of Australia’s most colorful characters.

All in the Family

The sheer mystery of what life might be like in Australia was enough for me and my wife to pack up our toddlers, ages 2 and 4, and head to the land Down Under for four months.

We arrived at our granny flat in one of the city’s Northern Beaches communities. At our first visit to a park, we made fast friends with local families who invited us to dinner within only an hour or two of knowing each other. The desire for genuine connection would continue everywhere we went.

Young families were thriving in the Sydney area. Shopping centers, parks, museums and restaurants all had fantastic amenities to keep children engaged and entertained while parents relaxed. Child safety is a national focus in Australia, and you can feel it in the air. You can see it on the happy faces of kids, all ages, that roam without parents well into the evening. 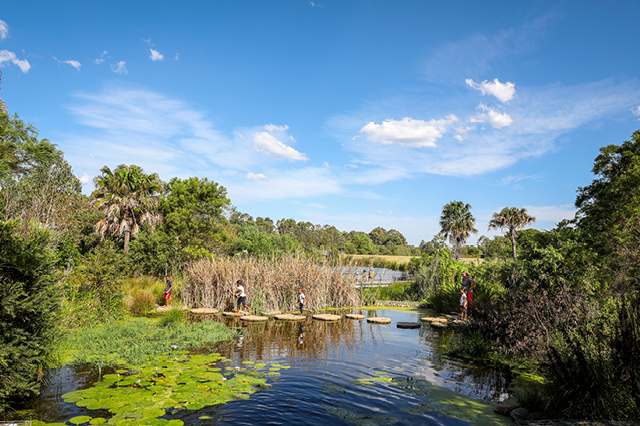 Sydney Park, on the southern end of the city, is home to creeks, gardens, a bevy of wildlife and a huge children’s playground.

Life on the go was exciting for us but we soon needed a car. A four-wheel-drive vehicle became the fifth member of our family. It allowed us to go to the fabulous Taronga Zoo in the morning, play with the kids at the Flying Fox playground in Mona Vale later that day and surf in the evening at Whale Beach.

As we ate on the move, we discovered a foodie’s paradise. We sampled fantastic hand-crafted sandwiches, five-star baked goods, world-class Pan-Asian cuisine and – to my delight – locally roasted coffee drinks that were the pride of every barista I encountered.

Our time in Sydney was soon over. We passed on our beloved 4×4 to dear new friends beginning their journey, and walked the coastal stretch of our final beach home, Maroubra, with a sense of nostalgia. We saw whales migrating offshore as the now-familiar songs of tropical birds played in the background. We had found a true home away from home.

During takeoff on the plane ride home, our youngest looked out the window, saying, “Buh-bye, Awww-tay-yah.” As if in direct response, a family of whales breached in the ocean waters below.