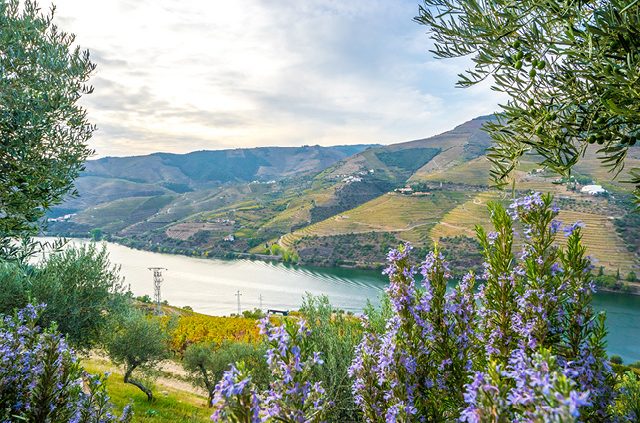 The Douro Valley landscape features a contrast of impressive colors.

Portugal is having a moment.

The westernmost country on the European continent, home to explorers who led the Age of Discovery, has been luring world travelers to its own shores of late.

I savored that thought as I took a final sip of sweet port wine on the bow of the Viking Torgil as it bobbed on the Douro River in Porto, the city named for the libation. After a week sailing through Portugal’s Douro Valley, the Torgil was providing passengers a memorable last look at the river.

Our sleek riverboat shared the waterway with rabelo boats, wooden workhorses once used to transport wine casks. Colorful quayside houses and worn cobblestone lanes rose up from one riverbank, while signature wine cellars adorned the other. Bell towers clanked. And, as the sun set, the lacy metal arch of the Dom Luis 1 Bridge filtered light on the scene, turning the Douro gold. 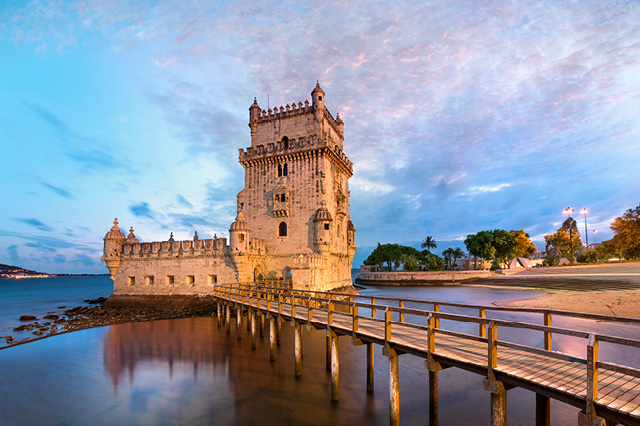 The Belem Tower in Lisbon, Portugal.

In Portuguese, Rio Douro means “river of gold,” but whether that references loot or looks remains unresolved. Why choose when both apply? Aside from striking riches with its historic wine trade, Portugal has yielded treasure with the recent popularity of riverboats. Viking has three boats plying the Douro, with plans to add a fourth.

Many companies, including Uniworld, charter boats to sail the region, which requires petite vessels capable of navigating narrow passageways with dramatic curves and snug locks.

The cruises deliver a unique itinerary and complimentary tours. I spent two nights in Lisbon before boarding the boat, enough time to experience a sensory showcase. I eyed Manueline landmarks such as the ornate Jeronimos Monastery (Vasco da Gama’s resting place) and Belem Tower. I marveled at soul-wrenching fado music and tasted pastel de nata, the country’s famous custard tart. The aromas of baking bread surrounded me as I fingered accessories made from local cork.

Find and book a hotel in Lisbon.

We also visited Coimbra, Portugal’s medieval capital, en route to the boat. Even Spain came into view via a tour to Salamanca, one of Europe’s oldest university towns and home to glowing sandstone architecture. 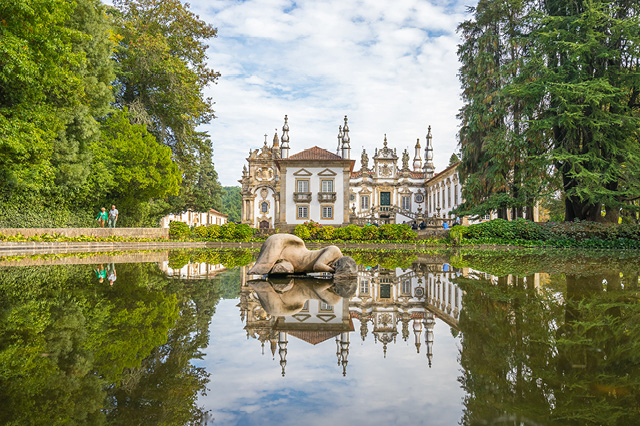 Mateus Palace, built in 1743, is in the heart of Portugal’s winemaking country.

Still, the heart of this journey celebrated the artistry of Portugal’s port winemaking region, its hypnotic landscape and the product produced nowhere else in the world. With vineyard strolls and wine tastings, my appreciation for port grew. Landmarks emerged, from the baroque Mateus Palace (depicted on Mateus Rose labels, popular in the ’70s) to a bakery in Favaios with a traditional stove fueled by grapevines.

The boat’s window-lined public areas highlighted the stunning scenery of the Douro Valley, a rural masterpiece of steeply carved valleys lined with terraced vineyards and dotted with ancient country estates. All 53 cabins, many with balconies, faced outside, and a top deck with a pool and shady pavilion was perfect for taking in the atmosphere.

I loved spying Portugal’s blue-and-white azulejo tiles. Panels at railway stations in Porto and Pinhao depicted Douro Valley scenes. Thankfully, I found more tiles to admire in Lamego, while descending the 686 steps at the Shrine of Our Lady of Remedies. (Pilgrims ascend on their knees.)

That’s beyond my capabilities, but I wouldn’t hesitate to pray for another trip to Portugal.

Find and book a hotel near the Douro River.

Have you been to Portugal? Tell us about your trip in the comments section below.

Speak with a knowledgeable AAA travel agent about member perks on trips to Portugal, river cruise vacations and other destinations. 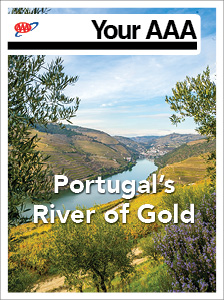