It was an ambitious plan, one hatched while experiencing cabin fever: We would travel with our 3-year-old daughter to Costa Rica to explore the Latin American country for two winter months. With a steamy climate and plenty of beaches, Costa Rica is a welcome refuge for travelers escaping the cold. It’s also one of the... 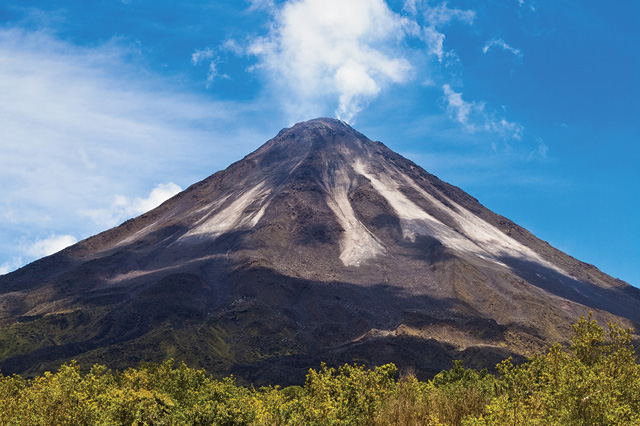 It was an ambitious plan, one hatched while experiencing cabin fever: We would travel with our 3-year-old daughter to Costa Rica to explore the Latin American country for two winter months.

With a steamy climate and plenty of beaches, Costa Rica is a welcome refuge for travelers escaping the cold. It’s also one of the most stable countries in Central America. Costa Ricans, or Ticos, as they call themselves, enjoy a higher standard of living than those in neighboring countries, as the government has invested heavily in health care, education, infrastructure, and sustainability after it abolished its military in 1948. This has helped create a relatively strong middle class.

Tourism is one of Costa Rica’s most important economic engines. Travelers often find that the country provides a high level of comfort for such an exotic locale, and at an affordable price. That’s perhaps why Costa Rica has gained so many expatriates over the years – it can be hard to find a reason to leave.

We had already been to Costa Rica once. She had studied abroad there, and I came for a mid-semester visit. We were college kids with a thirst to see as much of the country as we could while spending as little money as possible. During my weeklong visit, we flitted from destination to destination, a travel strategy that left me with only blurred memories.

I recalled two locales from that trip. The first was Monteverde, the rainforest preserve an easy day’s travel northwest of the country’s capital, San Jose. There I was enveloped in wetness while walking the canopy catwalks and dodging fruit thrown by howler monkeys. The second was Arenal, the country’s beloved volcano. As time ran out during my stay, we got only close enough to see the volcano’s red glow at a distance. Today, there is no external lava flow, but the volcano is still active. Other memories from that distant trip include endless plates of gallo pinto, the country’s popular staple dish of rice and beans, and the sound of rain on a tin roof.

Welcome (Back) to the Jungle

The second trip would be much different; we knew we’d enjoy the experience more if we didn’t gallivant too much with a 3-year-old in tow. To stretch our budget and provide a stable landing spot for the start of the trip, we opted to volunteer on a horse ranch in San Rafael de Puriscal, a bit south of the capital. We had minimal daily chores, which left long stretches of time to hike the sugar cane fields and citrus groves surrounding us. We found a waterfall that doubled as a local swimming hole and visited it daily. San Rafael de Puriscal may not be a sought-after tourist destination, but nearly everywhere in Costa Rica offers postcard-worthy beauty.

After our stay on the farm, we had ambitious plans to travel coast-to-coast and soak up all there was to see. Those plans melted away, however, once we hit the picturesque beaches of Samara along the middle of Costa Rica’s Pacific coastline. There is a seemingly endless choice of beaches in Costa Rica. While each one offers varying levels of tourist amenities and remoteness, Samara felt just right. Within an hour of arriving in town, we found an affordable beachfront home to rent and had washed off the dust of the road in the waves before dinner.

Although there were kayak outfitters and surf shops within walking distance of our house, we found our days pleasantly full of nothing to do. Our daily schedule included multiple dips into the surf, coconut harvesting and chats with Ticos and expats. Our only concerns were the fire ants that sometimes guarded fallen coconuts.

Samara was difficult to leave, and it took work to rouse ourselves to get back to San Jose in time to catch our flight home. The exit tax travelers have to pay at the airport felt like a last temptation to linger. If we didn’t have a New England spring awaiting us at home, that temptation might have proved too great.

To fully experience Costa Rica, don’t leave your plans to chance. Start your adventure with AAA for everything from all-inclusive indulgence to ecology excursions and volunteerism. Visit AAA.com/Travel.