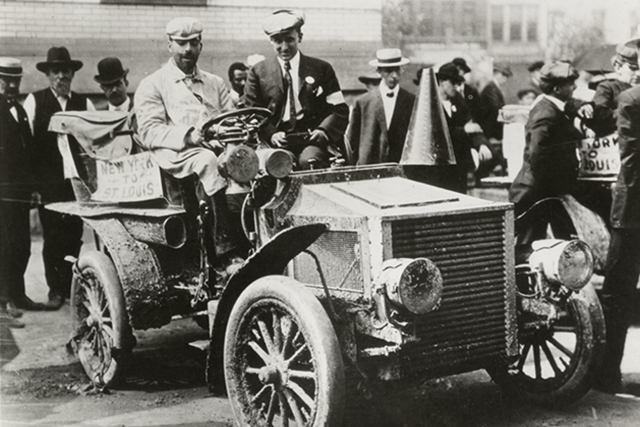 AAA founder Augustus Post led a life made for the movies.

He was an auto racer, airplane pilot, balloonist and all-around outdoor adventurer. His tales of daring include a survival trek with an injured friend through Canadian wilderness, a plummeting balloon crash through the roof of a house in Berlin and being sucked into a cyclone in Kansas City.

Post was a legend of the early 20th century, yet only now have his exploits made it to film.

“The Unforgettable Augustus Post,” a short documentary, aired at the Chelsea Film Festival in New York on Oct. 19 to rave reviews, winning the festival’s award for Best Documentary Short.

A transportation pioneer, Post bought his first car at a motorcycle rally in 1898. He was an ardent supporter of the Good Roads movement, which culminated in 1913 with the opening of the Lincoln Highway from New York to San Francisco.

In 1904, Post helped launch an auto race from New York to St. Louis, Mo., which became an annual event known as the Glidden Tours. He was the first person to drive a car in New York City, he established the city’s first parking garage, and received its first speeding ticket. (He was going 5 mph in Central Park.)

Post helped promote the formation of auto clubs across the country and oversaw the creation of the American Automobile Association and was its first chairman.

In 1908, Post became the 13th man in the United States to successfully fly a plane. As he had done with the automobile, Post advocated for air travel and founding the Aero Club of America.

Not satisfied with being a groundbreaking driver, virtuoso balloonist, daredevil pilot, and transportation visionary, Post also appeared as an actor (in 103 performances of a Broadway show called Omar the Tentmaker); wrote books, poems, and the libretto for an opera; and gained fame for his ability to imitate the sounds of aircraft and birds.