Isabel Stewart and Monica Ramirez are the new spokespeople for AAA Northeast in the Spanish-speaking community. 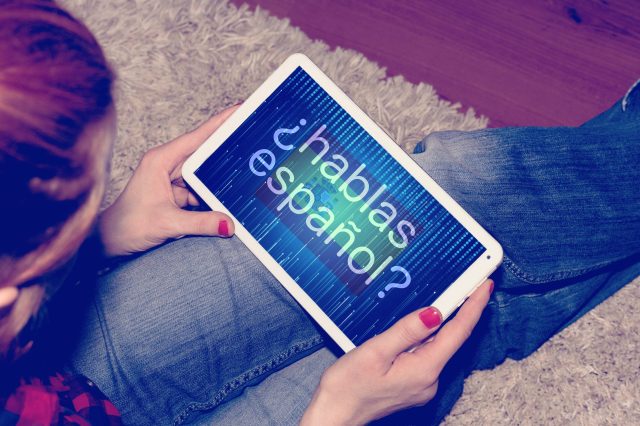 They’ve served as informal interpreters, both in their communities and in their careers. And now, they’ll represent AAA Northeast as spokespeople for Spanish-language media outlets.

Stewart was born in Cuba and emigrated to the United States as a child. She came to AAA four years ago as a supervisor in the roadside assistance call center, where she became a mentor and advocate for bilingual call counselors. She now serves  as a project coordinator in branch operations, where she works on projects that provide greater accessibility for Spanish-speaking members.

“My parents never learned English. As soon as I was able to speak English, I became their advocate for everything. And with it, I witnessed the discrimination they had to deal with all too often, as well as missed opportunities due to not knowing the language,” Stewart said.

​​​​​​​As an insurance customer service representative in Providence, Ramirez uses her bilingual skills to monitor a Spanish mailbox and call customers who request Spanish-speaking service.

“I emigrated to the U.S. from the Dominican Republic when I was 13 years old – I can so vividly recall the day,” she said. “Once I learned English, I always found myself translating for someone. If I can use my bilingual skills to help others, I will do it, without a doubt.”

A Sense of Duty

In her community, Ramirez gladly steps up for friends and strangers. She has translated for people at the pharmacy when they had questions about their medicines, and she signed up a friend for COVID-19 vaccination clinic, among other things.

Stewart and Ramirez have a strong desire to engage the Spanish-speaking community, which is why they were selected to represent the club as spokespeople for bilingual media, said Mary Maguire, director of Public-Government Affairs for AAA Northeast. The depth of commitment Stewart and Ramirez demonstrate makes them perfect for the additional role of bilingual spokespeople.

​​​​​“I was so impressed with Isabel and Monica during their interviews. They are clearly dedicated to making AAA accessible to a more diverse community.” Maguire said.

They’ll respond to requests from Spanish-speaking media in all forms – on camera, on the phone or in a written release. The main topics are likely to be traffic safety, gas prices, travel and transportation. Requests from Spanish-speaking media are on the rise as is the Hispanic population across the AAA Northeast territory. In the past, the Public Affairs department of AAA Northeast has responded through translators.

“I’m so proud that we can now offer spokespeople who can communicate directly with a Spanish-speaking audience,” Maguire said. “In my thinking, as media become increasingly more aware, we will get more requests and it will strengthen our relationships.”

Stewart and Ramirez will primarily cover media requests in the Rhode Island and Massachusetts areas and occasionally help in other regions as well. They share an enthusiasm for the opportunity.

“I’m looking forward to advocating for AAA and showing that we are an organization that does so much and is willing to do so much more for its community,” Stewart said.

(You can read this article in Spanish here.)