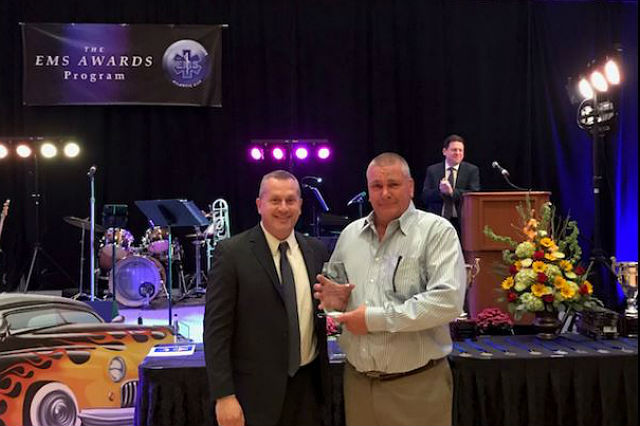 May 17 started out like any other day in Mike Benson’s life. The owner of Powder Mill Towing & Auto Repair in Parsippany, N.J., was towing a car to Pennsylvania. But as he drove through the Mount Olive section of I-80, everything changed. “The accident happened right in front of me, maybe a quarter mile ahead,” Benson recalled.

The accident occurred when a bus taking fifth graders on a field trip collided with a dump truck, causing the body of the bus to be ripped from its chassis and fall on its side. Benson acted immediately. “When I got up to the accident I closed the highway off with my truck and the truck I was towing. I didn’t want any kids running around in the highway.”

Once he had the highway blocked, Benson went to help the victims. “I looked inside the bus and I see all these kids jammed up and some were scattered underneath the bus.” He helped the children get out from under the bus and then attended to those stuck inside. “When the dump truck hit the bus, it tightened up the seatbelts, so some kids were dangling. I couldn’t release the seat belt because it was so tight, so I had to cut the seatbelts open.”

Once the children were free from their restraints, Benson helped them all get out of the bus through a blown-out back window. A few minutes later, another bystander noticed that one of the students wasn’t breathing. Benson immediately began performing CPR. “About five minutes later an EMT arrived and I said, ‘This kid just started breathing. We got to get her out of here.’” The student survived.

Although two people were killed in the accident, a student and a teacher, the situation could have been far worse if not for the heroic actions of Benson. Yet the tow truck driver wasn’t looking for any praise. Afterward, he went right back to work. “I did my due diligence and left.” But his work did not go unrecognized. Benson was nominated by the New Jersey Department of Health’s Office of Emergency Medical Services (OEMS) and the New Jersey Medical Services (EMS) Council for Outstanding EMS Action by a Citizen. He received the award during a ceremony in October.

Powder Mill Towing & Auto Repair has been with AAA Northeast as a Preferred Service Provider since August 1985. It has also been a AAA Approved Auto Repair Facility since June 2009 and a Fixed Battery Site since April 2015