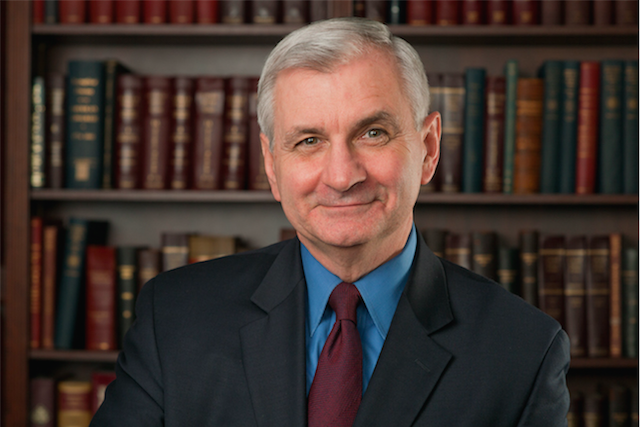 Jack Reed, the senior United States Senator from Rhode Island, sat down with Lloyd Albert, senior vice president of public and governmental affairs at AAA Northeast, for a wide-ranging discussion on transportation, infrastructure, the COVID-19 pandemic and the current state of America’s political process.

President Joe Biden has wasted little time pushing for an accelerated adoption of electric vehicles. (In January, he announced the government’s fleet vehicles will be replaced with electric cars.) The need for greener vehicles is one Senator Reed endorses and he is confident consumers’ demands will be the leading driver is this transition. “One of the things that’s encouraging is that it will be a market transformation. It won’t be some kind of command decision,” Reed said. “The automobile companies are looking ahead and they’re trying to maximize profit and cater to their consumers and they see this coming.”

It’s easy to get caught up in the benefits of green technology without fully considering the possible drawbacks, the senator reminded. “I’m told it takes fewer people to build an electric car and I’m told it takes fewer people to maintain an electric car. That falls over to a problem we have as government: ‘How do you replace those good jobs?’ As we’re looking at this electric revolution, we also have to look at some of the consequences.”

America’s crumbling roads and bridges have been a topic of conversation for years. The most recent analysis by the American Society of Civil Engineers gave these categories a D and C+, respectively. The need for a large infrastructure investment is evident and though such a package has been discussed repeatedly, it has yet to come to fruition. “We do have to have a big infrastructure package,” Reed said. “We’ve been working at it slowly but we do need a bigger, more intense program.”

The senator, a member of the Senate Appropriations Committee that writes legislation dictating how federal funds will be allocated, hope that recent events, including infrastructure failures in Texas, will spur on this vital work. “The appealing part about it is that everyone understands that it’s not a regional issue, it’s not an issue for the Northeast, it’s everywhere. “I think we’ll try to work off that common feeling and start delivering real solid progress. The other point in developing infrastructure is that it puts people to work and we’re concerned about keeping employment up particularly.”

Any legislation addressing these issues will likely require a significant amount of bipartisan approval, something that has been very difficult to come by in Washington in recent years. But, while admitting it’s too early to say for certain, Senator Reed is hopeful for a changing of the tide. “What I sense, and what I think we’re going to work toward, is that middle ground. We have to work for that middle ground,” he said. “It’s early. We’ll know more in a few weeks when we start tackling the big infrastructure program.”

Listen to the full interview.