10 Car Features That No Longer Exist in New Vehicles

Technology is constantly advancing. Here are 10 car features that you don't see in new cars anymore. 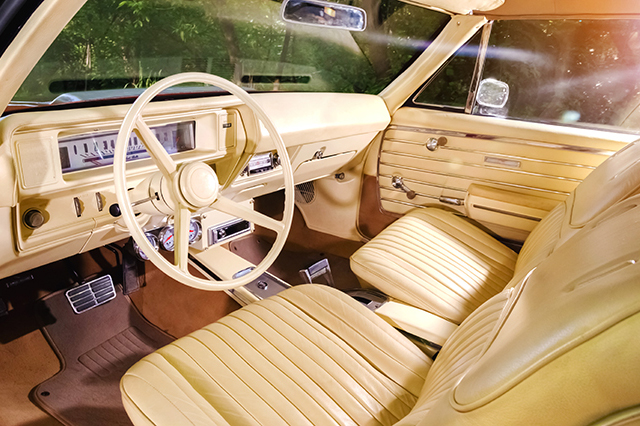 Who knows what car features today’s teenagers will find nostalgic when they reminisce about their very first cars? Perhaps they’ll miss when vehicles weren’t so “smart” and didn’t drive themselves. Or maybe they’ll miss when driving actually meant wheels on the road.

Nobody knows how drastically automobiles will change in the future. But we do know how much they’ve changed since their invention and even in the past 30 years. Here are 10 car features that no longer exist in new vehicles.

Does it seem like more and more people are driving for miles with their turn signals on, apparently planning on making a left turn that never materializes? There’s a reason for that. Many modern cars are phasing out audible turn signals. While those noisy little clicks might seem annoying after a while, that’s exactly what made them useful – they reminded you to switch off your turn signals.

On most higher-end cars, stamped metal keys are becoming a thing of the past. Instead, start/stop ignitions and electronic key fobs have become the new norm. Vehicle doors automatically unlock when the registered key fob is nearby, and once inside, you simply push the button to start. That’s a big change from the turn-key ignitions most of us are used to. Car manufacturers like Mazda and Ford have even created apps to remotely start and unlock your car using a smartphone app!

Texting and driving is extremely dangerous, and a complicated control system could be just as distracting. In a 2015 AAA study, results showed that mental distractions could last up to 27 seconds after using voice commands on select in-car systems. With many new cars using touch-screen controls, things could get even trickier. AAA suggests putting climate controls, radio stations, GPS and other settings in place prior to driving.

We’ve come a long way from massive hulks of solid Detroit steel we used to call cars. Now models are sleeker and more aerodynamic than ever. But that also means less room. Many of today’s car owners don’t know the meaning of a spacious trunk. And unless you’re buying a minivan, you can expect to pack some of those weekly groceries in your back seat.

Here’s a car feature that many of us miss. Some cars don’t come with full-size spare tires anymore because trunks are getting smaller. Other car manufacturers are trying to reduce vehicle weight. No matter what the cause, buying a new car with a full-size spare is a rare occurrence these days. In fact, spare tires have been replaced by tire inflator kits on 29 million vehicles in the last 10 model years. But if you’re lucky enough to get one, today’s tiny doughnut tires are only designed to be used for short distances and under 50 mph. Even with run flat tires, buying a new tire or getting a patch becomes pretty urgent.

Equipped with electric lighters and ashtrays inside the dashboard, old cars were a smoker’s heaven. Those in-car ashtrays were even great for non-smokers as the ultimate coin compartment. However, most car manufacturers have shied away from ashtrays and opted to install more tech-focused car features, like phone charger ports.

If you remember when cars had ashtrays, then you probably remember when cars used to sport whip antennas. Were they unsightly? Kind of. But most people used those long radio antennas as a chance to give their cars a little spunk. Back in the day, you could spot countless raccoon tails, smiley face balls and other neat trinkets on top of those wiry menaces. Now most cars have much shorter fixed antennas.

Vent or “wing” windows are another one of those car features staple to older cars. The small triangular windows were found on both the driver and passenger sides and could be rotated inward to get some fresh air. On days that weren’t too hot, you could skip opening the main window and still get some ventilation going without messing up your hair. So, what happened to all the vent windows? Two words: air conditioning.

Today’s teenagers probably don’t know what a hand-cranked window is. But yes, at one point in time, people had to manually roll their windows up and down. This car feature is almost impossible to find nowadays and that’s probably because most people don’t miss them. In fact, new car owners can rejoice in the power of the window lock. No children will play with the back windows on our watch!

Before seat belts were included in cars, bench seats allowed three people to fit comfortably in the front of most vehicles. You could even fit a fourth passenger if they were small enough. Today’s kids will never know the feeling of squeezing up front with mom, dad and their siblings, but modern cars are definitely much safer!

Can you think of some other car features that no longer exist in new vehicles? Tell us in the comments!