Automakers have found inspiration for their car model names everywhere, from Mother Nature to military vehicles. 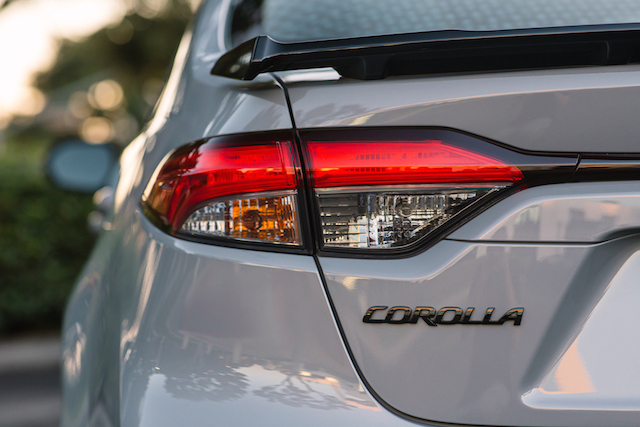 What’s in a name? According to Shakespeare, not much. But carmakers would disagree with the Bard.

Establishing a new car model name is serious business, one that involves input from every corner of the company: research and creative teams devise a list of potential options, marketing executives ensure the name has mass appeal, lawyers confirm the moniker doesn’t infringe on a trademark, etc. The end result is a vast array of car names – some that simply sound cool, others that tell much more, from a vehicle’s origin to its engine performance.

The inspiration behind many car model names is both obvious and intentional. The Greek titan Atlas held up the sky, making him the perfect namesake for Volkswagen’s first seven-passenger SUV. The Toyota Prius revolutionized electric vehicles and is aptly named after the Latin prefix meaning “to go before.” The Kia Sedona and Hyundai Santa Fe exhibit the same ruggedness defined by their eponymous Southwest cities.

While these titles may lack a creative backstory and the need for explanation, many car names do not. And though car companies have yet to agree on a uniformed naming system, a look around the current automobile market shows a few common themes.

Some of the most famous cars in history have been named after animals, none more well-known than the Volkswagen Beetle. The Beetle moniker’s origin story is unique in that it was not the car’s original name. When the vehicle first went into production, it was known as the KdF, short for Kraft-durch-Freude-Wagen, German for Strength-Through-Joy car, or more commonly, Volkswagen, meaning “people’s car.” In 1938, Germany held a ceremony marking the start of construction of the first Volkswagen. The event drew thousands of spectators and garnered international press. In its coverage, the New York Times predicted Germany’s autobahns would be inundated with “thousands of thousands of shiny little beetles.” Over time, Beetle went from a nickname to the official car model name.

On this side of the pond, the Ford Mustang is among the most legendary American car names. The title was the brainchild of one of the Mustang’s designers, John Najjar. As legend has it, Najjar had been reading about the P-51 Mustang airplanes flown during World War II and suggested the name to his boss, who promptly rejected it. Undeterred, Najjar pitched the Mustang moniker again, but this time associated it with a horse instead of a plane.

Ferruccio Lamborghini’s passion for bullfighting his astrological sign – Taurus – led to the car company’s famous bull logo. The name of its cars followed suit. The automaker’s current three-model lineup includes the Aventador and Huracán, named after famous Spanish fighting bulls, and the Urus, the name of the ancestor species of modern cattle.

Several of the world’s largest automakers have taken their naming cues from Mother Nature, few more prominently than Toyota. Corolla refers to the crowning portion of a flower and Highlander to the Scottish Highlands. The Toyota Sequoia is named after the tree of the same name, while Tacoma is derived from the Salish Native American name for Mount Rainier.

In the 1970s, Volkswagen went through a phase of naming its new vehicles after different types of winds. Jetta is German for jet stream, Golf translates to gulf, referring to the Gulf Stream, and Passat is short for passatwinde, the German word for trade wind.

Several carmakers have eschewed creative naming strategies and use a simple numbers-and-letters nomenclature instead, though the reasoning behind this method varies greatly.

If you’ve ever perused BMW’s lineup of cars you might think you need some sort of codebreaker to decipher the meaning of the model names, which consist of various numbers and letters. But the carmaker’s Strategic Naming and Vehicle Identification system is actually one of the most straightforward, if unexciting, naming conventions around.

All BMW sedans are assigned a three-digit number. They may seem random, but they’re not. The first digit signifies the segment or model series. The larger the number, the larger the car size. The next two numbers refer to the engine performance measured in kilowatts. (They used to indicate the displacement of the engine, 30 for a 3.0-liter engine, for example). The cars then have a lowercase “i” or “e.” These stand for injection, meaning gas-powered, and electric. If the vehicle has all-wheel drive, it has “xDrive” attached to its name.

On the lowbrow end of the numbers-and-letters spectrum is Tesla. The revolutionary Silicon Valley company’s CEO Elon Musk has sometimes been accused of juvenile behavior. The naming system he devised for the car company’s vehicles won’t help that reputation. Telsa’s four vehicle models have one-letter designations: S, 3, X and Y. Why? Because Musk wanted the brand’s lineup to spell “SEXY.” Unfortunately for him, Ford already owned the Model E trademark, so the company was forced to go with the number 3.

These may come as no surprise, but there are car model names you probably didn’t know were short for other terms. Hyundai is a fan of portmanteaus. The carmaker’s Ioniq model name is a combination of the words ion and unique, while its Veloster moniker is a mashup the words velocity and roadster. The Nissan LEAF’s name stands for Leading Environmentally Friendly Affordable Family. The Toyota Yaris is another amalgamation, this one of Greek and German origin. Charis was a symbol of beauty in Greek mythology, and ya is German for yes, a nod to Toyota’s anticipated reaction to the new car from the European market.

When all else fails, you can always just create a new word, right? At least that’s the thinking behind some car model names. The most famous example is the Camaro. When Chevrolet unveiled its debut pony car in 1966, the company claimed Camaro was a French slang term for friend. It quickly changed its story, instead stating a camaro was “a small, vicious animal that eats Mustangs.” (The Ford Mustang was the car’s chief competitor.) It was, in fact, neither, just a fictional word picked from a list of 2,000 potential names.

Did you know about the origins of any of these car model names? Did we forget any popular vehicle monikers? Let us know in the comments below!

28 Thoughts on “The Stories Behind Popular Car Model Names”