The Most Popular Cars of All Time 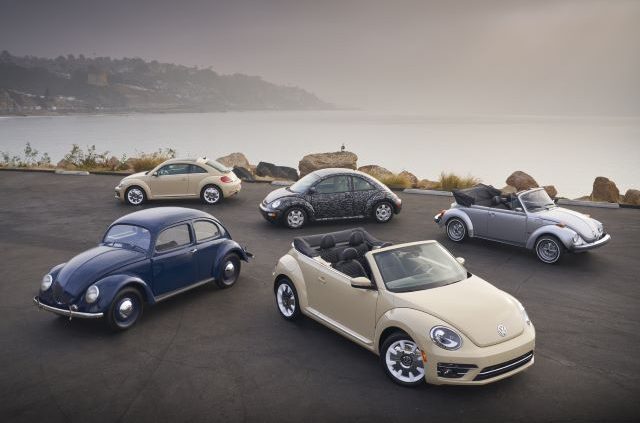 For decades, the Ford Model T was the most popular car in America and the world. It wasn’t until the 1970s – a half-century later – that another car passed its sales numbers. As revolutionary as the vehicle was, its popularity was more a sign of the times than anything else: There simply weren’t enough other cars being made for there to be any competition.

But because cars have evolved so drastically over the past century, there are now more four-wheeled options than ever. Naturally, one would expect car sales to disperse among all makes and models, and no automobile would stand head and shoulders above the others. And yet, a handful of vehicles have remained at the top of their class, year over year, decade over decade.

These are some of the most popular cars of all time and a look at what has made them so universally sought-after.

If it seems as though you can’t drive down the block without spotting a Honda Civic, it’s probably not the Baader-Meinhof phenomenon. More than 18.5 million Civics have been sold since they first rolled off the production line in 1972.

The popularity of the Civic isn’t hard to discover. It’s a practical car that checks just about all the boxes of the car-buying shopping list. It’s reliable, versatile and, maybe most importantly when it comes to getting it off the lot, moderately priced. The 2020 version checks in with a starting price just north of $20,000. In that sense, it’s no surprise the Civic has been the best-selling passenger car in America for four consecutive years.

In some ways, the Beetle was destined to become a popular car. In the 1920s and 1930s, America was mass producing affordable cars thanks in large part to Henry Ford and the Model T. Europeans, however, were mostly limited to luxury models. Volkswagen was born out of the idea of manufacturing an affordable and practical automobile. The company’s name translates to “people’s car.” And with that, the Beetle was born.

Production of the Beetle began in 1938, with the first one arriving in America in 1949. For the next seven decades, it would prove not just a popular car but a cultural symbol. It even had starring roles in movies and television shows.

Its most notable stretch of market dominance in North America took place in the 1960s. The Beetle’s quirky look was an apt choice for drivers who embraced the counterculture. In 1972, the Beetle surpassed the Ford Model T as the best-selling car of all time. But demand dwindled toward the end of the century and production ceased on the original model in 2003. Not before, however, Volkswagen released a next-generation Beetle in 1998. It remained in production until 2019.

In total, Volkswagen sold more than 23 million Beetles throughout the car’s lifetime.

Although it may be the household name of some of the other cars on this list, the Volkswagen Golf holds some distinguished titles, including the most popular car from a European manufacturer. According to Volkswagen, since the Golf was released in 1974, an average of 780,000 vehicles have been sold per year. For perspective, this means a new Golf was purchased somewhere in the world every 41 seconds for nearly 50 years.

The Golf also goes down in automotive history as the successor to the Beetle. When preference for the bulbous look of the Beetle was out, the boxy, compact style of the Golf was there to fill the void. It was a tall task, but one the model has far exceeded. The car’s design, modern and safe drive system concept, flexibility offered by a tailgate and folding rear seat backrest made it a hit.

It’s still popular today as a crossover that blends the luxury of a sedan with the spaciousness of an SUV. The eight generations of the Volkswagen Golf have combined to sell more than 35 million units worldwide.

In 2019, Ford sold nearly 900,000 F-Series trucks, making it the most popular car in America. That should come as no surprise as it has held the title of America’s best-selling truck for 43 straight years and best-selling automobile each of the past 38 years. Its total sales number surpasses 40 million.

Ford has a brand name – and history – that no other marque can match. But it’s the quality of the F-Series that has kept it at the top of its field. Capable of carrying or towing heavy loads, the F-Series is tough, durable and built to work. It’s no wonder it is the most popular car in so many midwestern states, where farmers and ranchers can allow it to do the heavy lifting.

Over the past several years, Ford has made the F-Series as comfortable as it is powerful with a more luxurious cabin. Nowadays it can be used for both work and play.

While the F-Series takes the top prize in America, the Toyota Corolla is the most popular vehicle globally. Since they first rolled off the factory line in 1966, there have been more than 46 million Corollas sold around the world.

To be the best-selling car of all time, you have to be a car for the masses, one that has a little something for everyone. There’s nothing particularly flashy about the Corolla – and maybe that’s been the key to its success. Much like the Civic, what it lacks in pizzazz it makes up for in reliability, safety, fuel economy and affordability. This has made it the most popular car of all time.

Interested in purchasing one of these popular cars? Let AAA’s Auto Buying Program get you the lowest price available. Already have your vehicle? Keep it in prime condition with maintenance tips and information from AAA experts.

Have you ever owned one of these cars? Share your car stories in the comments.