The Evolution of Car Design

Between technological advances and changing tastes, the evolution of car design has come a long way since the days of the Model T. 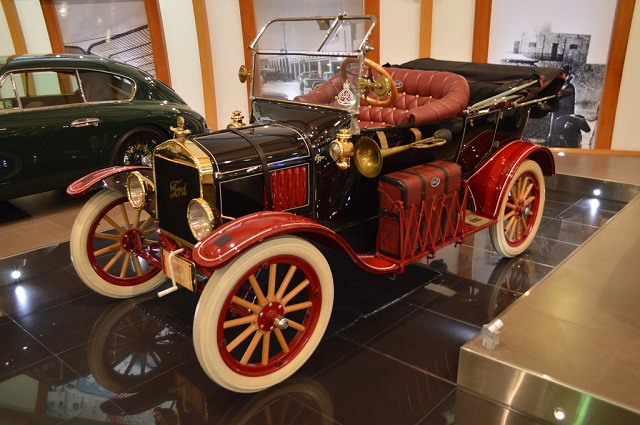 It is not news that cars look very different than they did just a decade or two ago, let alone a century. But it’s easy to take these changes for granted – almost nothing is the same as it was 100 years ago.

But retracing the evolution of car design tells us more than just technological and engineering advancements – there are lessons in history and culture found within the body of a car.

The first automobiles were large and box-like, reminiscent of their transportation predecessors – the horse-drawn buggy, minus the horse. Popular was the “runabout” body style that omitted doors, windshield and windows. Even the first Model T cars adopted this look.

Car design has been heavily influenced not just by engineering and technology but also by prevailing styles. For instance, during the roaring ‘20s, cars took on an art deco look, which had become popular due to its perceived opulence. Cars were adorned with curved runner boards, gleaming paint jobs and enamel finishes.

During this time, paved roads became more common across the country. This eliminated the need for large, rugged vehicles that could traverse uneven dirt roads. In turn, cars became longer and sleeker.

The 1930s were marred by the Great Depression, but the decade did produce a significant milestone in the evolution of car design. During this time, engineers invented the monocoque, a single-hull chassis. This made cars lighter and more structurally sound. From an aesthetic viewpoint, headlight, runner boards and fenders began to be integrated into the body of the car. This created a sleeker-looking automobile.

Commercial car production dropped off significantly during World War II. But just like the Great Depression, the world’s crises didn’t affect the evolution of car design. In a further attempt to integrate all the exterior parts of the car into a single form, pontoon styling came into fruition during and after the war. The look was marked by a bulbous hood, but it completely integrated such aspects as the runner boards, headlights and fenders into a single uninterrupted form. This continuous flow made the car visually cohesive.

The emergence of foreign imports, coupled with the 1973 oil embargo, forced U.S. manufacturers away from the boat-like designs of years prior. American companies started creating their own lines of compact cars that were affordable and efficient.

Just like in the roaring ‘20s, during this time automobiles took on the look of their surroundings. Bold and bright paint jobs were becoming popular and it wasn’t uncommon to see a shag interior.

In the 1980s, car design took a decidedly sharp turn toward pragmatism. Safety concerns began to come to the forefront of the conversation. The result was a somewhat boxy, uninspired look. Toward the end of the century, however, engineers were able to design cars that met safety standards but were also aesthetically pleasing – curves, contours and all.

Not even a quarter of the way through the 21st century, and we’ve seen car design break wide open, from the smallest to the largest and everything in between.

There have been many car design styles over the years. What are your favorites? Did you drive any older model cars? Tell us all about it in the comments below!

3 Thoughts on “The Evolution of Car Design”