The Top Television Cars of All Time

From drag-racing monster mobiles to crime-fighting sports cars, these are the best television cars.

10 COMMENTS
Cars & Trucks » The Top Television Cars of All Time 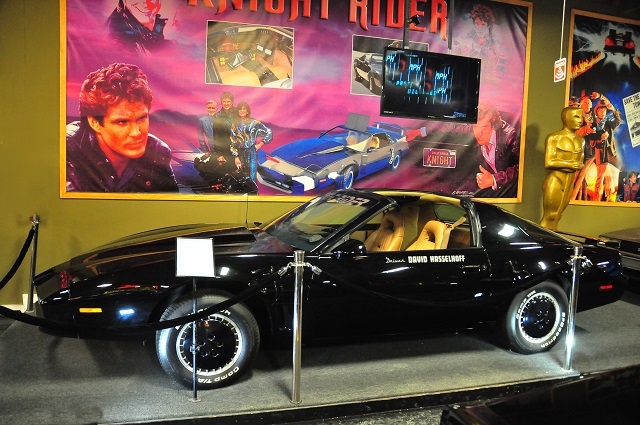 The Flintstones may have lived during in the stone age, but they were light-years ahead of their time. Before cycling classes became en vogue, Fred & Co. were getting their workouts in while getting where they needed to go.

The footmobile was a car from a much simpler time. It existed solely for its function: transportation. All of the niceties we know today were nonexistent (an engine, a windshield, etc.), but that never got in the way of the prehistoric pedaling. 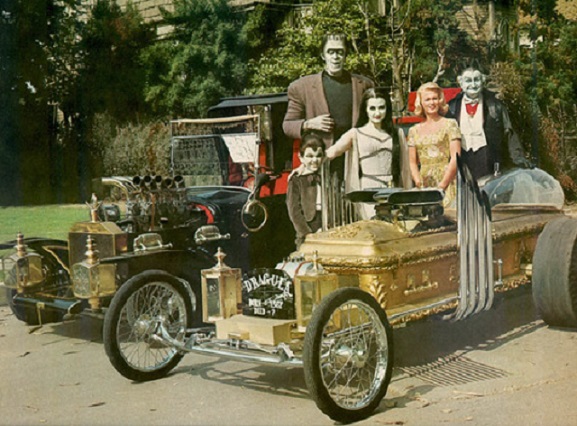 It’s only fitting that the Munsters, a family with a Frankenstein’s monster-like patriarch, drove a Frankenstein’s monster-like vehicle. Constructed by famed car builder George Barris in just 21 days, the Koach was made from three Ford Model T bodies, totaling 18 feet in length. It was powered by a 289 Ford Cobra engine from a 1966 Mustang GT. The 133-inch-long frame, brass radiator and fenders were all made by hand. Some of the eerie aesthetics that made the Munsters feel at home driving the Koach were the gloss black pearl paint and blood red velvet interior.

And let us not forget grandpa Munster’s drag-racing car, DRAG-U-LA. The body of the vehicle was built out of a real fiberglass coffin. It had a 350-horsepower Ford engine and the hubcaps were decorated with large silver spiders for good measure.

It’s probably only proper that musical group consisting of school-aged children would forego the traditional rock band tour bus and instead travel around the country in a school bus. Although the bus – a 1957 Chevrolet Series 6800 Superior – certainly did earn some cool points its with a Modrian-inspired paint job.

The sight of the recently well-to-do Clampett family cruising into Beverly Hills in its old jalopy is one of television’s most iconic images. The truck was another George Barris creation. The builder stumbled upon a 1921 Oldsmobile Model 43-A touring car. Age and neglect had left it rusted and weathered, which made it perfectly suited for the Hillbillies.

One of the original cars now resides in the Ralph Foster Museum at the College of the Ozarks. It was a bicentennial gift from the show’s producer, Paul Henning, who grew up in the area.

A few years into the show, Barris was charged with creating another truck when the family finally decided to upgrade their ride. That vehicle, which turned out to be a hot rod, was based on a 1925 Oldsmobile roadster with a 1969 Oldsmobile 442 engine and other modern components.

“Scooby Doo, Where are You!”

It’s a well-known fact that every team of crime stoppers needs a tricked-out van in order to fulfill their crime-stopping destinies. Scooby and friends were certainly no exception. The group opted for a psychedelic, flower-power aesthetic. We presume the good vibes acted as a buffer to ward off any ghosts and ghouls haunting the town. 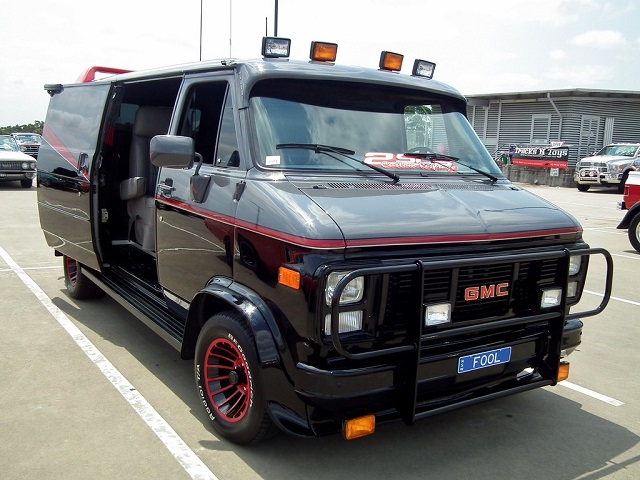 The only thing scarier than facing down Mr. T was having the A-Team’s jet-black van in your rear-view mirror. The gang needed a vehicle large enough to hold all four team members plus whatever gadgets/cargo they needed for their particular mission. The car used in the show was a 1983 GMC Vandura. (In early episodes, the GMC nameplate was visible on the car’s grille. Beginning in season two, it was blacked out). The van was modified with a red racing stripe, roof spoiler and red wheels to make it all the more intimidating. Mission accomplished.

One of the few shows where the cars are the main characters. We could pick any of these shape-shifting autobots but we’ll go with team captain Optimus Prime cause we’re admittedly suckers for a red-and-blue color scheme.

No list of the top television cars would be complete without Knight Industries Two Thousand (a.k.a. K.I.T.T.). The crime-fighting vehicle was literally a character in and of itself (it helped that he could comprehend information and communicate with humans.) Actor William Daniels – best known as Mr. Feeney in “Boy Meets World” – was the voice of K.I.T.T.

The actual car used during production was a modified 1982 black Pontiac Trans Am. During the original run of the show in the 1980s, Trans Am owners could buy special aftermarket kits and add K.I.T.T.’s red “scanner eye” to their own vehicles.

The stair car was a microcosm of the Bluth family’s fall from grace. Unable to afford the company jet, they were stuck with the remains of what once was. Of course, the stair car was completely impractical for use on the roadways as it was nearly impossible to drive and resulted in a lot of hop-ons. Although the stair car seems like it was uniquely constructed from the ground up, it was built upon a Ford F-350.

Fun Fact: The stair car made a cameo in the background of a scene in 2016’s “Captain America: Civil War.” Anthony and Joe Russo directed both the film and multiple episodes of “Arrested Development.”

Looking for the Batmobile? We know it appeared on television, but thought it became more of a movie vehicle over the years so it’s on our list of the best silver-screen cars.

The Partridges weren’t the only musical act that needed a new set of wheels. But the Monkees opted for a slightly different aesthetic. Acclaimed customizer Dean Jeffries built the Monkeemobile using a pair of 1966 Pontiac GTO convertibles. Some of the more interesting features were a split two-piece windshield, a touring car convertible top, exaggerated tail lamps, bucket seats and an extra third row bench where the trunk originally was.

A bright-red muscle car is always bold choice, particularly so if you’re two undercover cops trying to avoid suspicion. But the ’70s were a different time. The Striped Tomato, as it became affectionately known, was a 1975 Ford Gran Torino outfitted with distinctive white stripes running along the sides. Several Gran Torinos were used during the show’s four-year run. Eventually, Ford produced roughly 1,300 replicas for sale to the public.

In the early seasons of Miami Vice, Don Johnson’s character of Sonny Crockett drives a black Ferrari Daytona Spyder in order to fit the part of the high-stakes Miami crime world he was investigating undercover. Except it wasn’t a real Ferrari. The Italian automaker declined to provide the show with any of its cars. Instead, the production team built replicas by essentially putting Ferrari fiberglass body panels on a Chevy Corvette chassis.

Ferrari was not too pleased by this and even threatened to sue the show. Instead, the company offered to provide two Ferrari Testarossas if “Miami Vice” agreed to get rid of the faux Spyder. The sparkling-white Testarossa made it debut in season three.

Dean Jeffries, the aforementioned man behind the Monkeemobile, was also tasked with creating the Black Beauty. He did so using a 1966 Chrysler Imperial. The car was outfitted with all the requisite needs of a crime-fighting duo: a knock-out gas gun, two functional rockets and a small flying surveillance device.

The main on-screen car from the show is currently on exhibit at the Petersen Automotive Museum.

Speed Racer’s signature car was designed and built by his father, Pops Racer. This isn’t your traditional racing machine. The car’s steering wheel hub features seven buttons, lettered A-G. Each button activates a customized accessory, such as Frogger Mode, which supplies the cockpit with oxygen and raises a periscope should Mach Five ever go underwater.

What’s your favorite television car? Did we miss any great ones? Let us know in the comments below!

Do you have your own collector car? Protect it with insurance from AAA and Hagerty.

10 Thoughts on “The Top Television Cars of All Time”