10 of the Most Famous Movie Cars

There are iconic characters, enduring songs and classic quotes, but often, it's the set of wheels that steals the scene in movies.

14 COMMENTS
Cars & Trucks » 10 of the Most Famous Movie Cars 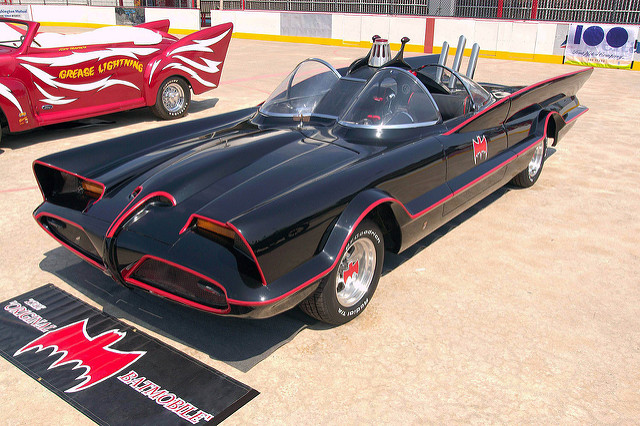 There are iconic characters, enduring songs and classic quotes, but often, it’s the set of wheels that steals the scene in movies. From the classically stylish Aston Martin to a beat-up station wagon, here are a few of the most famous movie cars.

“Back to the Future” franchise

One of the most famous movie cars of all time, the DeLorean didn’t just look cool – it also played a critical part in the plot of the “Back to the Future” movies. It was the DeLorean DMC-12 that Doc Brown chose as his time machine. Known for its distinctive gull-wing doors, fiberglass frame and stainless-steel body, the car was the brainchild of automotive engineer John DeLorean, a former General Motors executive who founded the DeLorean Motor Company in 1974. The first DMC-12 was released in January 1981.

The following year, the company filed for bankruptcy. The last car was manufactured in December 1982. Approximately 9,200 cars were built in total.

In this classic film’s most famous scene, legendary actor – and avid race car driver – Steve McQueen races around the streets of San Francisco in a 1968 Ford Mustang GT. Not only did the Mustang become one of the most iconic movie cars of all time, the scene became the standard by which all other car chases are measured. In 2018, Ford released its third special edition Mustang model to commemorate the 50th anniversary of “Bullitt.”

The Ghostbuster car became nearly as iconic the characters themselves. This spirit-hunting wagon, better known as the Ecto-1, was actually a 1959 Cadillac Miller-Meteor ambulance. Only about 400 of these cars were made, and two found their way to the “Ghostbusters” set. Originally the car was to be painted black. That idea was scrapped because of how often it was going to be shot at night.

Certainly one of the most famous cars in movie history, the Batmobile has undergone myriad transformations over the years. From the Lincoln Futura-based car of the 1960s to the more recent tank-like Tumbler, everyone has their favorite. While you’ll have a difficult time picking one up at the dealership, know that the long, sleek version in “Batman” and “Batman Returns” was built on the chassis of a Chrevolet Impala. So you can start there.

The Torino was produced by Ford between 1968 and 1976. It was named after the city of Turin, considered to be the “Italian Detroit.” In “Gran Torino,” Clint Eastwood plays cantankerous Korean War vet Walt Kowalski, who has isolated himself from the world. It’s Walt’s prized 1972 Ford Gran Torino that serves as a conduit for a friendship between him and his young neighbor, which would have profound effects on both their lives.

There are few more iconic film characters than James Bond, and few more iconic images of Bond than with him behind the wheel of an Aston Martin. Debuting in 1964’s “Goldfinger,” the Aston Martin DB5 has been featured in 12 films over the course of more than 50 years. The book version of “Goldfinger” had Bond driving a DB Mark III. But Aston Martin had just released the DB5 in 1963, so the decision was made to use the company’s latest car. Needless to say, sales of the DB5 increased when “Goldfinger” hit the silver screen.

We could list all the transformers here, but none underwent such a transformation upon landing on the silver screen (or had its own standalone movie) as Bumblebee. The yellow automobile was originally a Volkswagen Beetle, but took the form of a Chevrolet Camaro in the film franchise.

For cross-country road trips, it certainly helps to have the right set of wheels. Unfortunately for the Griswolds, they’re forced to settle for the Wagon Queen Family Truckster. The station wagon was oversized, had a pale avocado and metallic green paint scheme, extensive imitation wood-paneling decals and eight headlights. The famous movie car was created specifically for the film. However, it was based on a 1979 Ford LTD Country Squire.

The eponymous Bug in Disney’s 1968 film “The Love Bug” was a pearl-white 1963 Volkswagen Beetle named Herbie. Of course, the beetle also came to life and had the ability to drive itself. Herbie has had a long and storied career on the silver screen. The car has appeared in six films, most recently 2005’s “Herbie: Fully Loaded.”

If you’re going to skip school and gallivant around the Windy City, a proper set of wheels is a requisite. Fortunately for Ferris Bueller, his best friend Cameron’s dad just happened to be the owner of a cherry red 250 GT California Spyder. Although Ferris and company – and a pair of lucky parking garage attendants – enjoyed the car, it did, regrettably, meet an untimely end.

Find your favorite films plus all the latest film releases at your local Redbox. Click here to learn about movie rental discounts for AAA members.