The History of the Car Horn

33 COMMENTS
Auto History » The History of the Car Horn 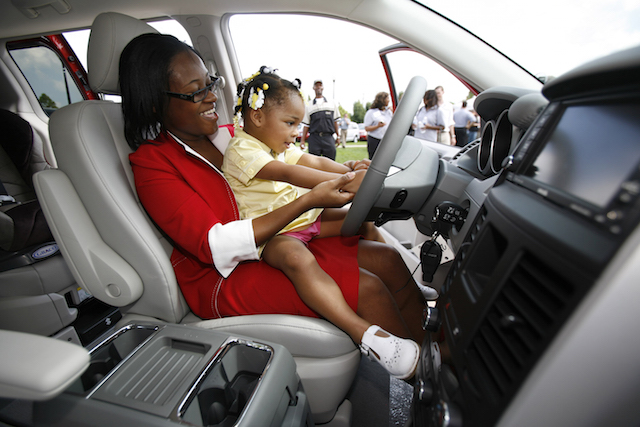 If there’s one automotive feature drivers are willing to sound off about it’s the humble car horn. Some people use them, others use them far too liberally. But behind this debate is the fact that car horns are important safety features. They allow drivers to alert pedestrians and other motorists of their presence, hopefully avoiding any injury or damage.

For nearly as long as there have been automobiles, there have been car horns – and the tool’s simplicity means it hasn’t changed too much since. But that doesn’t preclude the history of the car horn from having its share of noteworthy developments.

The History of the Car Horn: Early Car Horns

Car horns were important features on early automobiles. In fact, the biggest change in the car horn since its inception isn’t the feature itself, but in how it’s used. While these days, excessive car honking is considered déclassé, it was polite to use one’s horn in the early 20th century.

“You were expected to honk your horn if you were coming up on pedestrians, to let them know you were bounding down the street,” Matt Anderson, curator for transportation at the Henry Ford museum, told Car and Driver magazine. “You’d be thought rude if you weren’t using your horn, which is the exact opposite of where we are today.”

The first car horns came in three different varieties. Air horns had a plastic bulb the driver could squeeze to emit a sound. Exhaust horns consisted of cuts made into exhaust pipes that elicited a sound similar to a steam engine. Finally, there were electric horns, which are most like what we have today.

One of the first pioneers of car horn manufacturing was Miller Reese Hutchison. In the early 1900s, the inventor became inspired to create an improved horn after nearly hitting a pedestrian while driving. Hutchison believed car horns should elicit a louder, harsher noise, which is precisely what his invention, the klaxon horn, did. If you’ve never heard of the klaxon horn you’ve almost certainly heard its famous “ahooga” sound.

The klaxon horn became almost immediately ubiquitous on roadways since it was affixed to most Model T’s. It remained the prominent horn of automobiles even as Ford transitioned to the Model A. Eventually, by the 1930s, the klaxon was replaced by electric horns.

Truth be told, the car horn is one automotive feature that hasn’t evolved much over the decades. There have been some changes in look and sound, but the science has remained about the same.

When a driver pushes down on the horn, an electric current travels through a coil to an electromagnet, creating a magnetic field. This field causes a metal diaphragm to flex. Once in this flexed position, contact points disengage and the current flow stops, causing the diaphragm to return back to its flat position and the cycle is repeated. This process continues as long as the horn is being pressed. The vibrations made by the oscillating diaphragm produce the horn sound.

Did You Know? Most of today’s car horns emit a sound of approximately 100-110 decibels.

While the science remains the same, automakers are making slight adjustments to the car horn in order to satisfy the ever-growing and ever-changing automobile market. For instance, GM makes its diaphragms out of tungsten instead of steel because the former lasts longer. This is particularly important in Asia, where drivers tend to honk more often and drive over more rough roads, two factors that can cause horns to wear out.

Some companies are also swapping out copper wires for aluminum, a lighter material that improves a vehicle’s all-important fuel efficiency.

How do you feel about car horns? Do drivers use them too much or maybe not enough? Let us know in the comments below.

Now that you know about the history of the car horn, learn the backstories of other automotive features at AAA.com.

33 Thoughts on “The History of the Car Horn”