We’ve all wondered where particular phrases or sayings come from, but more often than not, the task of learning its origins gets kicked down the road.

Well, good news – we’ve reached the end of the road and the answers are upon us. We’ve gone the extra mile to dig up the backstory of some common idioms and expressions. And because we have a particular affinity for a certain four-wheeled vehicle, we narrowed our search accordingly.

Let’s take a Sunday drive through a list of commonly used car idioms and expressions and figure out how they came to be.

Before this term became a unflattering label for an unhelpful passenger, it was a literal description for someone driving from the back seat, like you see in tiller fire trucks.

Get the Show on the Road

Now used whenever you want to get things moving (literally or figuratively), the phrase developed in the early 1900s as a reference to traveling circuses or other entertainment acts.

The term we now use as a pejorative for a mechanic likely dates all the way back to Great Britain’s Industrial Revolution. Back then, children were used to grease steam engine axles. Crawling and hanging on large machinery while covered in grease earned them the primatal nickname.

This term for an old, rundown car is likely derived from the name of Xalapa, Mexico (or Jalapa). In the early 1900s, the U.S. commonly shipped old cars to the Mexican city, where they were refurbished and resold, or scrapped.

Stumped on this one? You’re not alone. The Chicago Tribune asked the tire experts at Goodyear, and even they weren’t definitive. They did, however, provide several possible theories: 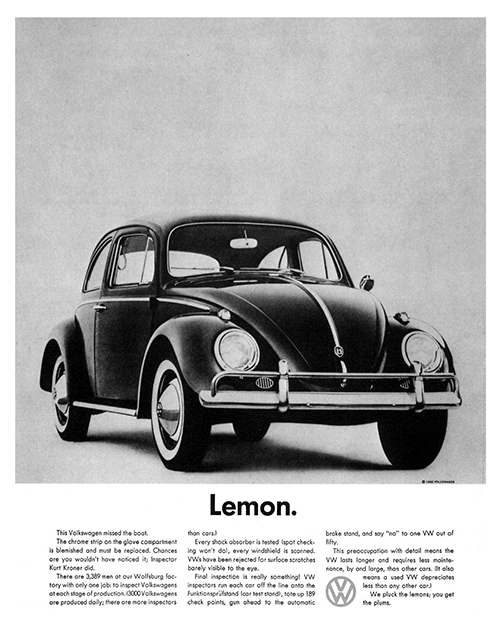 In early British and American slang, “lemon” was used to describe a hustle or passing off a sub-standard item as a superior one. The idea being that despite looking shiny and new, you’ll be left with a pain, puckered look once you dig a little deeper.

Over time, defective cars began earning the lemon label. The connection was solidified in the 1960s thanks to an infamous Volkswagen ad. Discussing its rigorous safety testing, the carmaker included a photo of one vehicle that didn’t pass inspection. The headline simply read: Lemon. Nowadays, the term is used in the law books.

Pedal to the Metal

We all know the meaning of this phrase, but it wasn’t devised by racecar drivers or speed demons. Instead, the credit belongs to truckers. An article in the July 1976 issue of Popular Mechanics includes “pedal to the mettle” in a list of popular CB radio lingo.

The term for sitting in the front passenger seat dates back to the days of stagecoaches. A passenger would often sit next to the driver with a shotgun in hand to protect what they were transporting. Riding shotgun is most closely associated with the Wild West, but the term wasn’t commonly used during that time. The connection was formed later on when the phrase became commonplace in Western movies and television shows.

The word rubbernecking traces its roots back to the 1890s. At that time, however, it was not a reference to the unsafe practice of gawking at a car crash. Originally, “rubberneck” was used to describe tourists, especially those on sightseeing tours who would stretch their necks out for a better view of the surroundings.

Car idioms are just the start. From car washes to stop signs, learn about the backstories of all aspects of the automotive world on our Auto History page.

10 Thoughts on “The Origins of Popular Car Idioms and Expressions”