Toyota introduces its first electric cars in the U.S. while Jaguar plans to be completely electric by 2025. 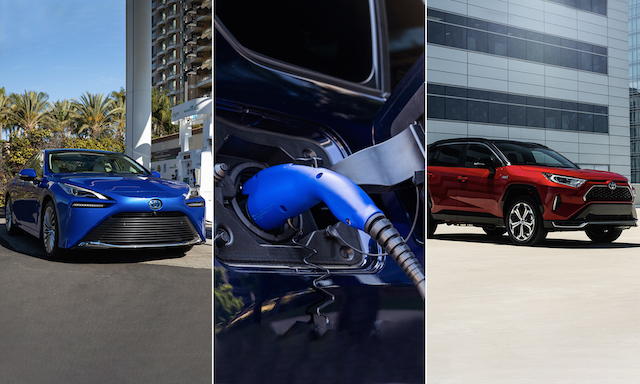 It seems that with every passing week, another major auto manufacturer announces bold new plans for its line of electric vehicles. Most recently, the headlines have come from Toyota, the world’s leading automaker, and the luxury UK-based company Jaguar Land Rover.

Earlier this month, Toyota unveiled its plan to debut two battery electric vehicles (BEVs) by the end of 2021. These will be the first mass-market BEVs the company has sold in the United States. The Japanese marque is one of the last major car manufacturers to offer all-electric vehicles. Instead, Toyota has focused on, and dominated, the hybrid market beginning with the release of the Prius nearly 25 years ago. According to the company, it has over a 40% share of the total alternative fuel vehicle market, including a 75% share of the fuel cell market and a 64% share of hybrids and plug-ins.

“We continue to be leaders in electrification that began with our pioneering introduction of the Prius nearly 25 years ago,” said Bob Carter, TMNA executive vice president of sales. “Toyota’s new electrified product offerings will give customers multiple choices of powertrain that best suits their needs.”

Jaguar Land Rover, meanwhile, announced that its Jaguar lineup will be all electric by 2025. The automaker isn’t the first to make such an announcement but’s timeline is by far the most ambitious. Other car companies have given themselves an additional decade of time to make the all-electric transition. While Jaguar’s limited number of models will make the move easier, it currently only sells one BEV: the Jaguar I-Pace SUV.

Visit AAA’s Electric Vehicle platform for more information on these cars of the future.