The average price of a gallon of gasoline has gone up 20 cents over the past month. 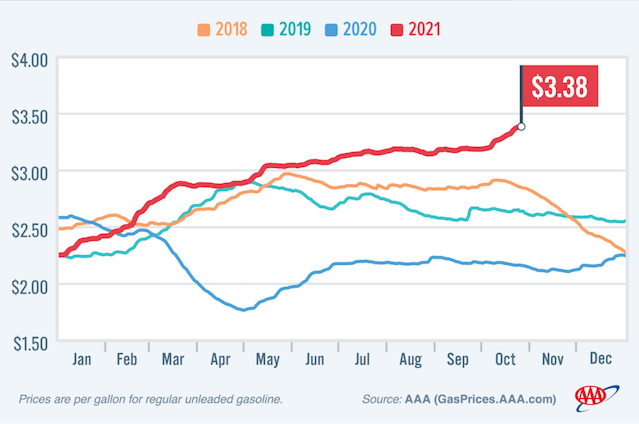 The national average price for a gallon of gasoline has gone up each of the past 27 days, reaching a current high of $3.38.

That price is 20 cents higher than when the 27-day streak began and six cents up from last week.

“With the U.S. economy slowly recovering from the depths of the pandemic, demand for gas is robust, but the supply is tight,” said Lloyd Albert, senior vice president of public affairs for AAA Northeast. “We haven’t seen prices this high since September of 2014.”

The recent rise in the pump price is due to higher demand coupled with a decline in stocks alongside elevated crude prices.