Is That New Car Smell Killing You?

The chemicals that create the new car smell have the potential of causing severe health problems.

17 COMMENTS
Cars & Trucks » Is That New Car Smell Killing You? 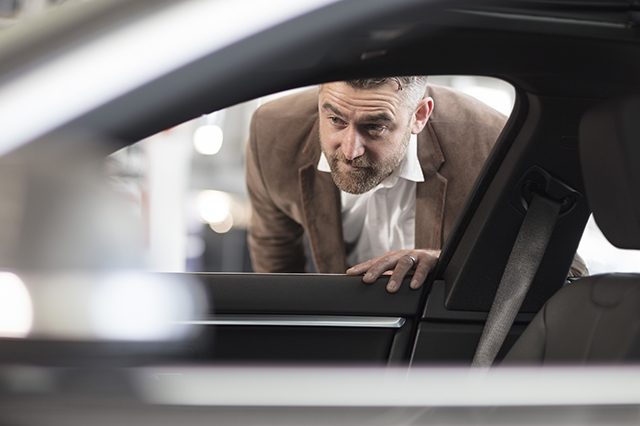 Everybody loves that new car smell. Not only is it pleasurable to the senses, it also serves as a symbol of pride: It states that you’re a new car owner. However, lurking beneath that satisfying scent are a group of harmful chemicals. These substances, if exposed to for extended periods of time, can cause serious health problems.

What exactly is the new car smell?

We all enjoy the new car smell, but where is it coming from? The answer is chemicals. A lot of chemicals.

There is a plethora of chemicals found in a car’s interior. A study done by the Ecology Center found that there are more than 200 toxic chemicals in vehicle interiors.

Some of these chemicals are known as volatile organic compounds. These substances are in products used to make car parts. For instance, the VOC bromine is found in brominated flame retardants that are added to plastics to make them less flammable. Chlorine is used in polyvinyl chloride, which is in plastics, windshields, lead and heavy metals.

These car parts emit the toxic chemicals through a process known as off-gassing, in which vapors that were previously absorbed are released into the air. While some VOC’s are odorless, those that are not combine to create that “new car smell.”

What are the dangers of the new car smell?

According to the Environmental Protection Agency, the VOC’s found in car parts have been associated with a host of health issues, such as allergies, impaired learning, liver toxicity, birth defects and cancer.

Serious health issues, though, require prolonged exposure to these chemicals. And as we all know, the new car smell doesn’t last forever. While these chemicals themselves will remain in your car, the dangerous off-gassing process will reduce over time. Experts say most of it will be over within six months.

The good news is that many manufacturers are beginning to reduce VOC levels in their cars. They are accomplishing this by using different materials, coatings and adhesives in manufacturing. According to the BBC, one such VOC that is being eliminated is the aforementioned polyvinyl chloride. In 2006, it was found in nearly every vehicle interior. By 2012, that number had dropped to 73% with manufacturers stating PVC would decline further. Honda, for one, claims that in 2019, 11 of the 15 Honda and Acura car and light truck models sold in the U.S. or Canada had PVC-free interiors.

Since the new car smell isn’t going (completely) away any time soon, there are certain steps you can take to prevent any adverse health effects.

The best advice to avoid any harm from the new car smell is to limit your time spent inside your car, especially early on. Don’t go on long road trips. Don’t sit in your car if you need to kill time. When you are driving, keep your car well ventilated. Keep the windows open if possible.

Also remember that off-gassing gets worse when the car is hot. So always try to park in the shade, and consider using a solar shade and even rolling down your windows if you feel safe doing so.

17 Thoughts on “Is That New Car Smell Killing You?”