From classics and fan-favorites to a few newer and less conventional picks, celebrate the season with our holiday movie watchlist. 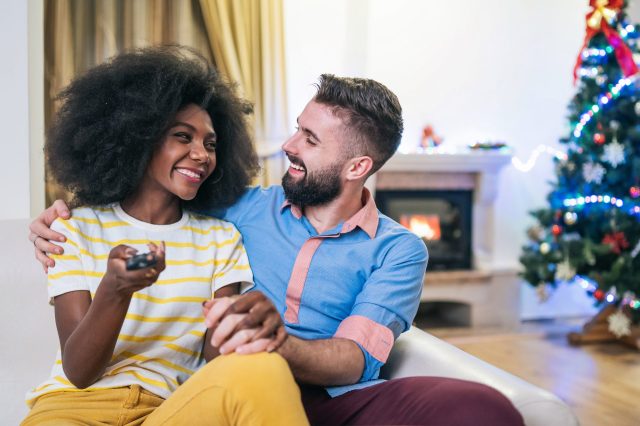 There’s nothing like curling up on the couch with a mug of hot cocoa and a holiday movie watchlist cued up on the television to get you in a festive spirit.

Whether you prefer your holiday movies to be naughty, nice or a bit unconventional, check out these old and new favorites to add to your holiday watchlist.

There are a plethora of holidays movies out there, but to feature only the best of the best, each movie on this list has an average Rotten Tomatoes score of 68% or higher.

These classic holiday movies from the 1940s and 1950s bring the nostalgia.

This classic, seasonal Irving Berlin musical follows a trio of performers (played by Bing Crosby, Fred Astaire and Virginia Dale) who try their hand(s) at running a country hotel.

When a downtrodden father and husband, George Bailey (James Stewart), wishes he’d never been born, his guardian angel (Henry Travers) pays him a life-saving visit. A must for any holiday movie watchlist!

After an old man named Kris Kringle (Edmund Gwenn) fills in for Santa in the annual Macy’s Thanksgiving Day parade, he changes the lives of those around him.

There are many adaptations of this holiday classic, but this version comes highly rated and is one of the most faithful to the original story, telling the tale of a crotchety businessman who’s visited by ghosts.

This romantic comedy musical follows two singers (played by Bing Crosby and Danny Kaye) who join a sister act (Rosemary Clooney and Vera-Ellen) to put on a Christmas show.

These G-rated movies and shorts are perfect for young kids – and kids at heart.

This stop motion film is filled with iconic imagery and songs while telling an important lesson that’s equal parts nostalgic, heartwarming and festive.

The first Peanuts special to air on television, this animated classic tells the story of Charlie Brown and his friends as they learn the true meaning of the holidays.

The original adaptation of Dr. Seuss’s beloved tale, watch as the grouchy Grinch goes from hating and trying to steal Christmas, to fully embracing it.

A magical top hat brings a snowman to life in this classic animated film that makes a great singalong for little ones.

See how to build your own snowman here.

Introduce young kids to Charles Dickens’ iconic tale with this version of “A Christmas Carol” told by everyone’s favorite Muppets.

These holiday movies are filled with adventure, laughs and holiday spirit. Check out these ‘nice’ – PG-rated – flicks fit for the whole family.

In this iconic movie, 8-year-old Kevin McCallister (Macaulay Culkin) is accidentally left behind when his family goes on vacation. Hijinks ensue when two bandits (Joe Pesci and Daniel Stern) target his home.

In this flick, Will Ferrell’s portrayal of Buddy, a grown man who thinks he’s an elf, is hilarious and heartwarming, making a feel-good holiday movie for everyone in the family.

When Santa (voiced by Bill Nighy) misses delivering gifts to one child on Christmas Eve, his youngest son, Arthur (voiced by James McAvoy) steps up to try and save the day.

Although it’s a newer addition, the hybrid animation style of “Klaus” gives a nostalgic holiday feel while telling the story of a postman who discovers the location of Santa.

From action and horror to fantasy and other less conventional themes, these holiday movies – ranging in rating from PG to R – stray from the classic formula but are still festive in their own way.

The focus is more on the creatures than Christmas in this flick where a father gifts his son a “mogwai” with a specific list of care instructions.

This action classic stars Bruce Willis as a New York City policeman who’s attending a corporate holiday party with his wife. Things go awry when a group of terrorists threaten the festivities.

This stop motion masterpiece tells the story of Jack Skellington, the Pumpkin King of Halloween Town, who discovers the magic of Christmas.

This Japanese animation is beautiful while telling the story of a trio of homeless people who discover an abandoned newborn baby on Christmas Eve.

This horror follows a young woman babysitting a boy during the holidays when danger threatens the peace. This movies starts out a little cringe-inducing, but its many twists will keep you on your toes.

These holiday flicks – rated PG-13 and R – are for more mature audiences. Focusing on humor and adult situations, these ‘naughty’ holiday movies will have even the biggest ‘Grinches’ feeling festive.

Dan Aykroyd and Eddie Murphy star in this social satire where two men change places, experiencing opposite socio-economic lifestyles during the holidays.

Bill Murray stars in this comedy about a cold-hearted television executive. “Scrooged” is crude and hilarious – but also nostalgic and festive thanks to the “Christmas Carol” formula it follows.

This slapstick comedy follows husband and father, Clark Griswold (Chevy Chase), as he tries to prepare the perfect Christmas for his family, but things go off the rails.

A raunchy black comedy, “Bad Santa” stars Billy Bob Thornton as a grouchy conman and his partner in crime, Tony Cox, who pose as a mall Santa and elf in order to steal from outlet stores.

Focusing on several intertwining stories, “Love Actually” uses an ensemble cast to show the nuances of different types of relationships.

In this comedy drama, a group of college friends reunite after 15 years to celebrate the holidays together, reigniting old rivalries and romances.

If you’re looking to add a new addition to your holiday watchlist, check out these 2020 releases.

Available on Hulu, this romantic comedy uses an ensemble cast to tell the story of a young woman (Kristen Stewart) who plans to propose to her girlfriend at a family holiday party.

This musical fantasy is available on Netflix and follows an eccentric toymaker, his adventurous granddaughter who appears on his doorstep and his latest fantastical invention.

This documentary series from Netflix takes an in-depth look at the making of two holiday fan-favorites: “Elf” and “The Nightmare Before Christmas.”

Streaming on HBO Max, this family-friendly comedy shows a father (Neil Patrick Harris) telling his daughter about memories of his tenth Christmas, when every kid wanted a new video game system.

This Netflix original uses a star-studded cast to tell the story of a young boy, Nikolas, who goes on a fantastical, winter adventure.

What’s always on your holiday movie watchlist? Tell us in the comments. 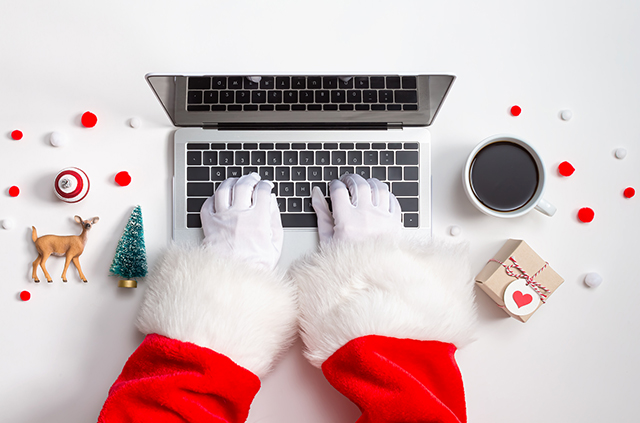 With AAA holiday discounts, you don’t have to spend big to make the holidays merry and bright. 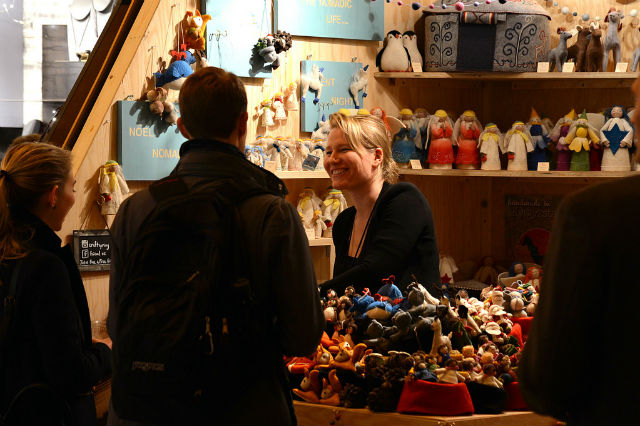 Take a break from online shopping this December and head to a festive holiday market. Here are a few of our favorites in the Northeast. 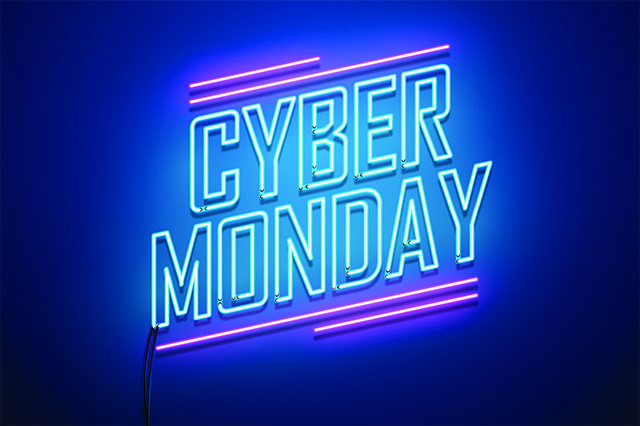