The greatest way to find the best new podcasts is to talk to the people that love them. Our resident podcast enthusiast shares her favorites. 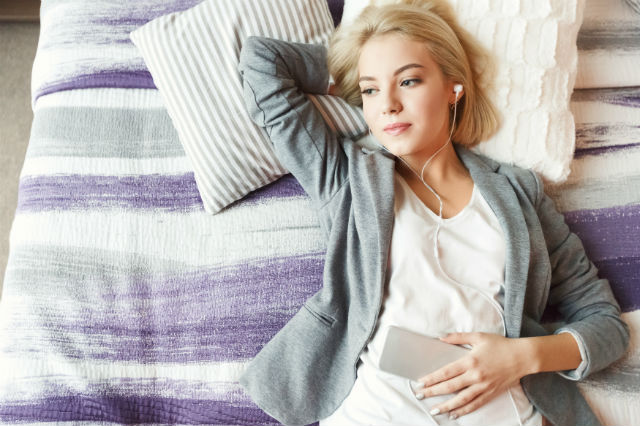 For years, the top menu of the Apple Podcasts app has been called “New and Noteworthy.” The New and Noteworthy section is supposed to detail the newest and most interesting podcasts, but that’s seldom the case. Some podcasts that show up there are in their fourth season already (cough Revisionist History cough). The best way to find new podcasts is to ask other people who are listening to podcasts, since everyone is always looking for their next fix.

Forget about the algorithm-assembled new podcast section on your podcatcher. Here are the new podcasts that I’m the most excited about this year.

Adam Conover, of TruTV’s “Adam Ruins Everything,” is on a mission to find the truth. On his new podcast, “Factually,” Conover interviews experts on frequently misunderstood subjects, like the tech industry, sleep, climate change and even the Civil War. Conover’s thirst for the truth is contagious, and the podcasting format allows for a deep dive into these subjects.

This past June marked the 25th anniversary of the night Nicole Brown and Ron Goldman were brutally murdered. “Confronting: OJ Simpson” is hosted by Ron Goldman’s sister, Kim. Throughout the series, Kim Goldman sits down with people connected to the trial of the century, from prosecutors, investigators and witnesses to reporters, jurors and hangers-on. Kim Goldman’s interviews are emotional and understanding, yet subtly challenging and confrontational. One episode consists entirely of a tense phone call between the podcast’s producer, Nancy Glass, and OJ Simpson’s lawyer, Malcolm LaVergne. The title of the show implies that there will be other “confronting” seasons about different topics, but I can’t imagine any story more compelling than this one.

“Scoring Magic” is a podcast documentary about making a podcast. Podcast journalist Wil Williams wants to produce her first audio drama, but she knows that she’s in for a long journey. With her friends and collaborators Anne Baird and Katie Youmans, Williams sets out to figure out how to make impossible scenarios sound realistic. This is a podcast about the process of creating something, from the excitement of the first idea to the frustrating second-guessing that can go into even the smallest decisions. But in “Scoring Magic,” it’s all worth it. As Williams says in the first episode, “Create is… feels good.”

I inhaled this series. “Running from COPS” is actually the third season of “Headlong,” an investigative podcast hosted by Dan Taberski. In the first season he explored the life of Richard Simmons, and in the second season he investigated the hysteria of Y2K. In this season, Taberski looks at one of the oldest reality shows on television: “COPS.” “COPS” is like a microcosm of problems that we all struggle with in modern life – from reality-bending reality TV to increased awareness of police brutality. How does the presence of a camera crew change how police act? What happens to the people who appear on the show, and why did many of them give permission for “COPS” to show their faces? And what about the cities that “COPS” embeds in? Does it change them?

Sometimes there’s a dark side to the American dream. “Gangster Capitalism” is about white-collar crime and corruption in a society where money and status is everything. The first season of “Gangster Capitalism” focuses on the recent college admissions scandal, which saw wealthy parents paying scammers and professional test-takers to get their underperforming kids into elite schools. The most shocking parts of the podcast are the transcripts of conversations between the parents and the head scammer, Rick Singer. Singer sold his scheme as a “side door” to elite colleges – for parents who were wealthy enough to afford him, but not wealthy enough to “donate” millions to their school of choice. What does this scandal say about the current state of college admissions in America? “Gangster Capitalism” hopes to find out.

On “Spectacular Failures,” host Lauren Ober recounts some of the most disastrous business failures of all time. You’ll hear stories of unsafe business practices, corporate corruption, imploding industries, bankruptcy and family feuds. Aside from the schadenfreude of watching business giants collapse, “Spectacular Failures” offers insights into all of the intricate details surrounding the failure du jour.

Which of these new podcasts most interests you? Do you have any new podcasts to recommend? Let us know in the comments below!

Looking for more podcast recommendations? Check out our articles on the best comedy podcasts and the best true crime podcasts.