Whether you’re new to podcasts or a podcasting veteran, these series are sure to captivate you. 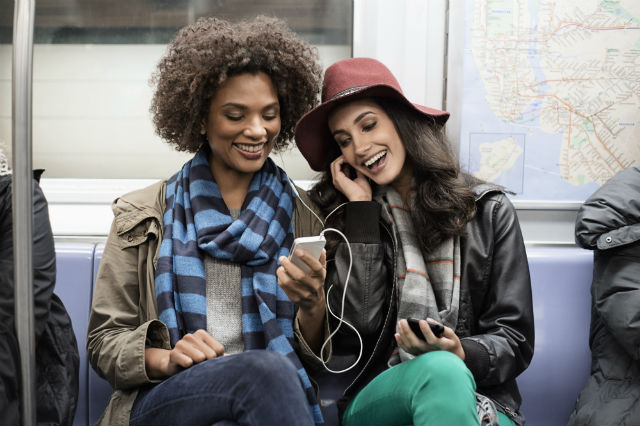 Some of the most popular podcasts today are limited-series podcasts. But that wasn’t always the case. When “Serial” premiered in 2014, “This American Life” bent over backwards trying to sell the idea that its spin-off podcast’s episodes were connected, a show that would have, over the course of multiple episodes, a beginning, middle and end.  That’s why it’s called “Serial” – the name has almost nothing to do with the subject matter. The main conceit was that you had to listen to all the episodes in order. As we all know today, people fell for it. Hard.

Serial – Seasons One and Three

I won’t be shy about saying this: Season two of “Serial” does not measure up to the reporting and storytelling of seasons one and three. The first season of “Serial” is a deep dive into the murder of high school student Hae Min Lee, and the story of her ex-boyfriend, Adnan Syed, who was convicted of the crime. (The case is still ongoing; a judge in 2016 overturned the conviction and granted Syed’s request for a new trial.)  Sarah Koenig investigates the confusing tangle of clues around the case, while also growing closer to Syed during their series of phone conversations. It’s a meditation on the nature of truth and justice. Season three of “Serial” takes place at the Justice Center Complex in downtown Cleveland, where Koenig and her team of reporters spend a year witnessing the ins and outs of an average American courthouse. The level of access they were granted is amazing, and the season is a captivating listen.

The internet is full of people searching for meaning, and internet-famous spiritual gurus are there to give it to them. When Jennings Brown stumbles across one such spiritual leader, Teal Swan, something doesn’t feel right to him. Teal’s hypnotic YouTube videos seem calibrated to target the most vulnerable individuals, and as he digs into her past, he learns that a few of her followers have committed suicide. Brown journeys to Swan’s “retreat center” in Costa Rica to learn more about the controversial figure’s mysterious past. He never could have guessed how forthcoming Teal Swan would be, or how deeply the story would affect him.

What if I told you that a small investment of a few hundred dollars could change your life forever? It can’t, but this is the promise of many multilevel marketing companies and pyramid schemes. Host Jane Marie uncovers the history of MLMs in America, drawing on her own family’s history and entanglements in a series of pyramid schemes that ran through her hometown. While it’s a highly personal podcast, it’s also universal. Who hasn’t seen one of their Facebook friends trying to hawk patterned leggings, dietary supplements or essential oils? Marie interviews a participant in the “airplane games” of the 1980s, goes deep into multilevel marketing’s ties to the White House and even has a former cosmetics marketer try (and fail) to make money selling makeup through an MLM.

Julie: The Unwinding of the Miracle

Julie Yip-Williams is the focus of this posthumous podcast. Julie is a writer, a musician, a world traveler, a daughter, a sister, a wife and a mother. She also has terminal cancer. Her careful planning for her family’s future and exploration of her past becomes part of her process of accepting her own mortality. This brief, beautiful series is a portrait of the unimaginable and the inevitable. “This is a record we can all look back on,” she remarks to her family, even though she knows she’s only weeks away from death. This isn’t the story of a warrior or a martyr. This is the story of Julie.

CBC reporter Josh Bloch is catching up with a childhood friend, Sarah Edmonson, when she reveals that she’s just escaped a cult. NXIVM (pronounced “nexium”) was a sprawling network of multilevel marketers, self-help groups and faux-feminist empowerment programs in upstate New York and Canada. Edmonson tells the story of how she went from sitting in a circle and talking about professional development to being blindfolded and branded in a bizarre ceremony. Bloch takes us through the history of founder Keith Raniere, the development of NXIVM and the aftermath of Edmonson’s explosive tell-all with the New York Times.

Young entrepreneur Elizabeth Holmes seemed to emerge out of nowhere. She dropped out of Stanford after just a few semesters to found a revolutionary blood-testing company, Theranos, and quickly became the youngest self-made female billionaire of all time. But Holmes was not all that she seemed. Theranos claimed to run hundreds of tests with just one drop of blood, but was that really true? And why did the company seem to have a revolving door when it came to employees? Also, why did Holmes allegedly dress like Steve Jobs and speak with a fake deep voice? “The Dropout” is more than a corporate scandal – it’s an indictment of the medical-industrial complex as a whole.

Listened to the above already? Some of my other favorite limited-series podcasts include “Dirty John,” “Dr. Death,” “S-Town,” “Missing Richard Simmons,” “Heaven’s Gate” and “Cold.”

Looking for some more podcasts? Check out my Podcast Pulse articles about shows for history buffs, the best girl power podcasts and ways to find the perfect show for you.