Putting Your Old Cell Phone to Good Use

Make the most of your outdated devices by repurposing, donating or recycling.

2 COMMENTS
Technology » Putting Your Old Cell Phone to Good Use 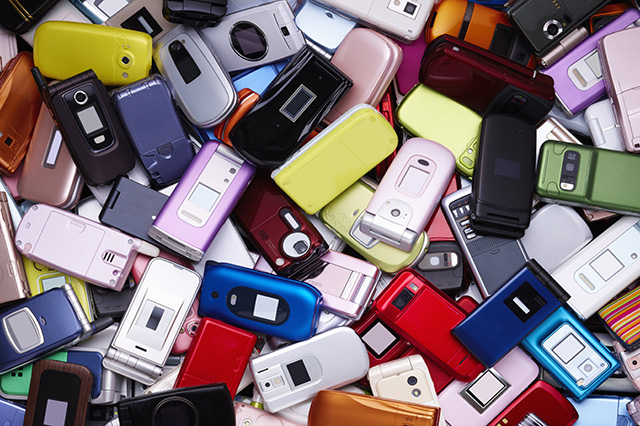 Given how attached we are to our phones, you’d think we’d never want to give them up. This is not the case, however, when every few years newer, faster and sleeker models become available.

An estimated 1.5 billion cell phones were bought in 2017, according to Gartner, a tech research company. And now, many of us feel stuck with our old phones. We let them take up valuable space, gather dust and grow more obsolete by the second.

We don’t want our old phones sitting around, but we can’t just throw them away. In 2016, 44.7 million tons of electronic waste was discarded, and only 20% of it was disposed of properly, according to a U.N. study.

Old mobile phones are harmful to the environment. They were identified as hazardous waste by the Environmental Protection Agency, and disposing of them improperly risks creating accidental fires, explosions or worse.

Luckily, there are options when it comes to dealing with out-of-date devices. You can declutter, contribute less to our e-waste problem and potentially save money by donating, recycling or repurposing an older device rather than buying a new one.

It’s finally time to dig out those old cell phones and put them to better use.

First, you can try giving new life to an old phone. Mobile phones without service are still able to call 911, and so your old phone could become an emergency backup. Keep it in your home, car, emergency kit or other location that will best serve you in a potential time of need. During a power outage or if your car breaks down – and your everyday phone is out of battery, broken, lost or simply left elsewhere – having a backup will come in handy. Should you decide to leave a phone in your car, it could also be used as a tracker in case your vehicle is ever lost or stolen.

An old cell phone can act as other kinds of devices too. It could replace an alarm clock, GPS, iPod or MP3 player, recorder or remote control. It could also be revamped as a gaming or security device with just a few downloaded apps.

If you’re going out somewhere and are worried your phone could get damaged by the environment – by sand on the beach, getting wet at a lake or pool or being dropped while biking, hiking or rock climbing – you can use an old phone as a temporary replacement.

Finally, you could gift it to a friend or family member. By giving an old phone to your child – either as an actual phone or limited just for e-books, music, photos etc. – you could use the opportunity to teach a lesson in responsibility.

There are many deserving causes you can donate used devices to. These organizations improve the lives of people from all walks of life, including patients, soldiers, students and victims of domestic violence. By donating, you’ll be putting your old phone to good use and helping someone in need. 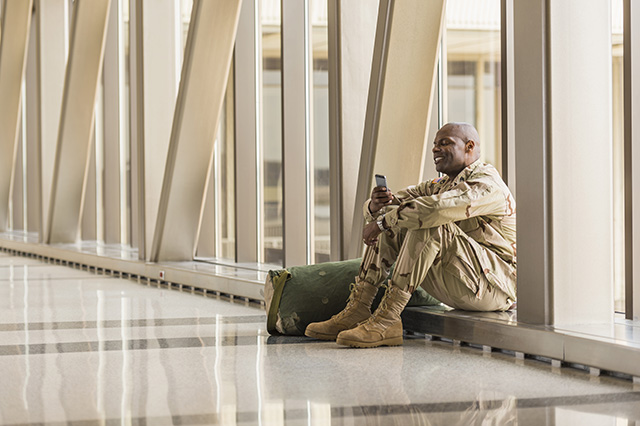 According to the Cell Phones for Soldiers website, they have contributed “more than 300 million minutes of free talk time by sending more than 5 million calling cards to servicemen and women and recycling more than 15 million cell phones.”

You can help our soldiers overseas stay connected to their friends and families as well as help improve the lives of those who have already served.

This nonprofit organization strives to improve healthcare programs in the hardest-to-reach communities in Africa, Asia and Latin America. According to the Medic Mobile website, funds from donated and recycled smartphones go to “projects supporting health workers in 26 countries around the world.”

You can help communities around the world receive better care.

The NCADV funds programming that “empowers victims of domestic violence, connects victims and survivors to helpful resources, and helps them remain free from abuse.” They also support legislation and other organizations working to stop domestic violence.

The group has kept nearly 3 million phones and over 1 million accessories out of landfills. They received a Responsible Recycling certification from the EPA, and so “the materials they collect are recycled safely, reliably and through means that minimize waste and errors,” according to their website.

You can help the NCADV work toward their vision of a national culture where everyone is free from domestic violence.

If your old phone is broken or too outdated for repurposing or donating, it can still be recycled. Cell phones contain various precious metals, glass, plastics and other materials that can be reused and/or recycled.

“For every million cell phones we recycle, 35,000 pounds of copper, 772 pounds of silver, 75 pounds of gold and 33 pounds of palladium can be recovered,” according to the EPA.

To find a recycling facility near you, check out this interactive map.

Additionally, companies like Best Buy, HP, LG, Samsung and Staples offer a variety options for freeing yourself from old phones. These include in-store, event, mail-in or online buybacks or returns as well as recycling and donation options.

Whether you decide to donate, recycle or return your old device, run through a quick security check-list first. It’s always smart to safeguard yourself. First, be sure you’ve cancelled the cell phone’s service. Make sure there are no photos, videos, contact information or other content you’d like to keep still on the device. Delete any personal data, remove the microSD and/or SIM cards and finally reset the phone to return it to its original factory setting. If you’d like more specific information on wiping your devices clean, see Consumer Reports.

We don’t have to let our old cell phones sit idly. There are plenty of options for getting the most out of them. Put your old phones to better use.

How you have donated, repurposed or recycled an old cell phone? Tell us in the comments.

2 Thoughts on “Putting Your Old Cell Phone to Good Use”