How to Do Wildlife Tourism Right

Wildlife tourism is a massive industry, ranging from your local zoo to month-long safaris. How can we tell which attractions are ethical?

5 COMMENTS
Air Travel » How to Do Wildlife Tourism Right 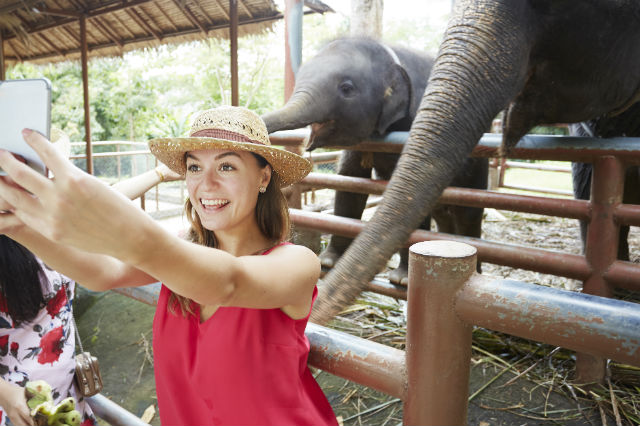 Wildlife tourism is a massive industry, ranging from your local zoo to monthlong safaris across the savanna; it capitalizes on our desire to be one with nature, to see ourselves in the creatures with whom we share the planet. There are few things more awe-inspiring than a massive elephant, or the slinky strength of a tiger.

Some wildlife tourist attractions can be a net positive, according to a study by the Wildlife Conservation Research Unit at Oxford. Such attractions can provide job opportunities for the locals and help to conserve wildlife habitats. But wildlife tourism isn’t always ethical. In fact, it’s increasingly difficult to tell the difference between attractions that mistreat animals and those that provide them sanctuary. How can we identify ethical wildlife tourism? And how can we tell when things are wrong?

The Dark Side of Wildlife Tourism

In a 2019 article from National Geographic, “Suffering Unseen: The Dark Truth Behind Wildlife Tourism”, reporter Natasha Daly visited two different elephant attractions in Thailand. At Maetaman, in Chiang Mai, the elephants perform feats like playing the harmonica, giving people rides or painting pictures. They are constantly interacting with trainers, who – according to the story – prod them with sharp bullhooks. In between shows, they’re chained in small confinements. Afterward, Daly visits the nearby Elephant EcoValley, where tourists can feed elephants and even bathe them. The elephants can be seen grazing and bathing throughout the site, which includes a museum. But Elephant EcoValley and Maetaman are the same company. And they use the same elephants.

A similar strategy could be seen in the (now-closed) Tiger Temple, which operated as a religious site in Thailand. Tiger Temple was home to nearly 150 tigers, kept in concrete cages at night and drugged to interact with tourists by day, according to an article in Time. Why so many? Because tourists prefer to take pictures with cubs, and cubs grow up.

It would be disingenuous to only include examples from Thailand, because unethical wildlife tourism is a global issue. Its influence can even be seen on your social media feeds. Sites like Instagram routinely influence where travelers want to go and what they want to do. These sites are also full of pictures of people posing with non-domesticated animals in tourist traps. The problem is so big that Instagram discourages its users from searching hashtags like #slothselfie or #lionselfie (feel free to look at how many animal selfie tags have this warning – #lemurseflie, #tigerselfie, #elephantselfie, etc.) In 2017, Tinder begged its users to stop posting so many pictures of themselves lounging with tigers (I swipe left).

When people post a picture with a frightened sloth or a toothless tiger, it’s not because they are bad or want to hurt animals. On the contrary, many of the wild animal selfie-takers write long captions about how they love animals and nature. The problem is that tourists routinely overestimate the wellness standards and conservation efforts of wildlife tourist attractions.

Animals are like us, but they’re not like us. It can be difficult to tell when an animal is frightened or in pain. Some of them even look like they’re smiling. How can we tell the difference between ethical and unethical wildlife tourism?

“Any facility that offers public interactions with wild animals, such as photo ops with tiger and bear cubs or primates, rides on wild animals, swim-with-the-dolphins, play sessions, or even public feeding can put both animals and the public at risk,” said Debbie Leahy, senior strategist of captive wildlife for the Humane Society of the United States. “In the interest of both animal welfare and public safety, responsible facilities do not offer close encounters with wild animals, including animals ranging from elephants and big cats to sloths and kangaroos. We recommend safaris and activities in which animals are seen in their natural wild environment, where they are free-roaming and free to express their natural behaviors.”

Leahy notes that the most ethical types of sanctuaries are those that house animals who cannot return to the wild, like those that are injured or have been rescued from captivity.

“Research a facility before visiting and beware of phony sanctuaries,” she said. “Some facilities claim to rescue animals, but breed animals and keep them in inhumane conditions, or use them for public contact. Many reputable sanctuaries are accredited by the Global Federation of Animal Sanctuaries.”

“Sadly, many vendors and operators will claim that their animals came from sustainable sources and are treated well. In the case of rescue/rehab centers and captive facilities, tourists can ask how many animals have been released back to their native habitats, if they allow breeding at their facility, if they allow physical interactions at their facilities (including bottle-feeding, petting, ride/walk/swim-with safaris, animal performances, displays and photo opportunities with captive wildlife), if they sell any wildlife products, or if the animals in their care are used for entertainment (bear-dancing, chimpanzee boxing, elephant painting, etc.)”

Sometimes it can be hard to accept these realities. Many of us daydream of the chance to snuggle a sloth or pose with an elephant. We don’t want to think about ethics and morals on vacation – that’s what regular life is for! But once you know about these things, you can’t turn it off. You can’t look away. And that’s for the best.

One of the best ways to see animals is in their natural habitat, like on safari. Seeing an exotic animal in the wild is truly a once-in-a-lifetime experience that you’ll remember forever. If you want to try it for yourself, Club Adventures from AAA offers a small-group safari across East Africa, where you can see magnificent wildlife in their natural habitat while also contributing to the local economy.

Tourist attractions are hugely influenced by consumer demand. If we are willing to dig deeper and ask tougher questions, there’s a real chance that they could change for the better. Instead of daydreaming of elephant selfies, now I dream of a sanctuary that contributes to the local community while treating the animals well. Where the tourists are content to see elephants from afar.

5 Thoughts on “How to Do Wildlife Tourism Right”