Past Olympic Cities That Are Still Medal-Worthy

Four former Olympic cities and sites that offer a glimpse at golden glories of the past. 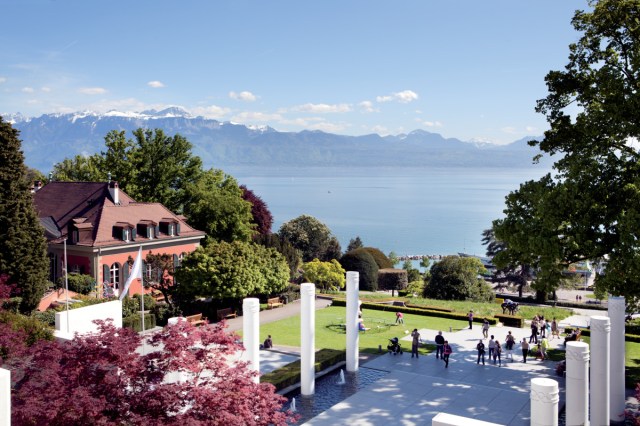 When the Summer Olympics take place July 26 to August 11, 2024, the world will be looking at host city Paris. In anticipation for this great event, sports lovers can relive history in these past Olympic cities, in the very places where the world’s greatest athletes went on to take the gold, silver and bronze.

Start at the very beginning at the birthplace of the Olympics in ancient Olympia, where the games were held every four years beginning in 776 B.C. Today, Olympia is home to a UNESCO World Heritage Site, four hours from Athens and one hour from the Port of Patras or Kalamata International Airport.

In Athens, feel as if you’re part of the first modern Olympic Games at the Panathenaic Stadium, where you can run on the track that hosted events for the 1896 and 2004 games. Spend some time at the permanent exhibition “Memories From Olympic Games: Posters and Torches from 1896 till Today” at the Atrium and watch highlights of the Athens 2004 Olympic Games.

Sunrise to sunset, paddling or on foot, perfect fun awaits in Lake Placid this summer.

As host of two Olympic Winter Games in 1932 and again in 1980, Lake Placid proudly shows off the venues and areas used during the events, known as the Lake Placid Legacy Sites.

The village welcomes visitors and has undergone improvement projects to get ready for the 2023 Winter World University Games. But beyond attending this 11-day international festival and competition, you can tour sites and participate in activities here, year-round.

Your first stop should be the Lake Placid Olympic Center. It is home to such notable skating rinks as the 1932 Jack Shea Arena, 1980 Herb Brooks Arena, USA Practice Rink and James C. Sheffield Speed Skating Oval.

A new Lake Placid Olympic Museum is being designed and slated to open the end of 2022. For now, a temporary exhibit gallery in the Olympic Center is offering complimentary admission to “Totally 80s: 80 Heirlooms From The 80 Olympics.”

A view and perspective not to be missed can be found on the new Skyride at the Olympic Jumping Complex. On this high-flying adventure, a gondola takes you to the base of the ski jumping tower. There, a glass-enclosed elevator whisks you up to the sky deck of the 120-meter tower, offering panoramic views of the Adirondacks and Lake Placid. You can also opt for the Sky Flyer Zipline, following the path of ski jumpers.

More Olympic thrills include skiing or snowboarding Whiteface Mountain in winter and hiking, mountain biking or even driving to the peak along Veterans’ Memorial Highway in warmer months. Highlights of Mt. Van Hoevenberg include the chance for your own bobsled ride on the Bobsled Experience along the more than half-mile track, or on the Cliffside Coaster on the 1980 Olympic sliding track.

Next on our tour of Olympic cities past is the Olympic Capital and home of the International Olympic Committee headquarters, Lausanne.

With 1,500 objects, 5,000 photos and 150 screens showing great Olympic moments, the Olympic Museum here is the ultimate Olympic fan experience. It defines itself as “the heart of a network of 32 Olympic Museums throughout the world.”

Begin your exploration outside at the site’s Olympic Park, walking among 43 sculptures and taking in the views of Lake Geneva and the Alps. The park also has a picnic area and a 100-meter track. Each step of the stairs leading to the museum is etched with the venues and final torchbearers of 97 Olympic Games.

The permanent, more than 32,000-square-foot exhibition inside is split into three levels: The Olympic World, The Olympic Games and The Olympic Spirit. Among the highlights you can see are an interactive journey of the games in history from 1896 to 2014, the first Olympic flag from 1914, Jesse Owens’ shoe from the 1936 Olympic Games in Berlin and a Jersey worn by Usain Bolt for the 200-meter final at the 2008 Olympic Games in Beijing.

A special exhibition, “Riding the Olympic Wave” is taking place now through May 3, 2023, which looks at the six new sports and disciplines that have been added to the Summer Games, including 3×3 Basketball, BMX Freestyle, breaking, skateboarding, sport climbing and surfing.

The London 2012 venues are available for you to visit as part of the experience at the 560-acre Queen Elizabeth Olympic Park. Among the trails that guide you on what to see and do at the park is the London 2012 trail, offering a glimpse into the 2012 Olympic and Paralympic Games.

See such attractions as the Olympic rings, Olympic bell and the London Aquatics Centre. Get active at Lee Valley VeloPark, where you can choose from track cycling, road racing, BMX and mountain biking. Or watch sports such as basketball or volleyball at the Copper Box Arena.

London Stadium is a multi-use venue where you can attend international sporting events and music concerts if you time your visit right. Book a behind-the-scenes tour of the stadium and be sure to check out the almost 1,500-foot-long Wall of Champions surrounding it, showcasing every medal winner from the London 2012 Olympics and Paralympics. And it’s a photo finish as you take a selfie on the podium picturing yourself getting your gold medal.

While at the park, don’t miss other attractions like the ArcelorMittal Orbit, which offers a 375-foot view of the city. You can also loop around the ArcelorMittal Orbit 12 times on The Slide, which the Park says is “the world’s tallest and longest tunnel slide.” For more thrills, the attraction also offers the chance to literally “step over the edge” on The Abseil, freefalling more than 260 feet down.

Need a passport for your summer travels? AAA members get exclusive rates on expedited passport courier services and more with RushMyPassport. Save time and a trip to the passport office!

Have you visited any of these Olympic sites? Tell us about it the comments.