If you want a delicious meal—and possibly catch a celebrity sighting—check out these casino restaurants owned by well-known chefs. 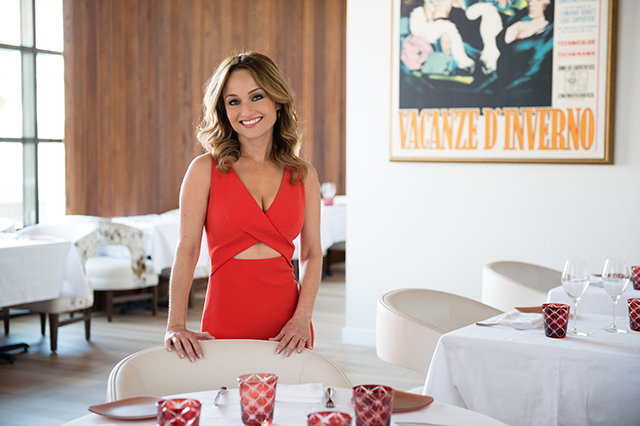 Las Vegas is more than gambling and world-class entertainment. It is also home to some of the top restaurants in the world—including quite a few by famous chefs. Which casino restaurants should you visit on your trip to Sin City?

Located at the Grand Canal Shoppes, the “Cake Boss” serves brunch, lunch and dinner at his Italian eatery. There’s also an express lunch, which includes choice of antipasto, main course and dessert for $22; a $40 phttps://www.caesars.com/cromwell/restaurants/giada?utm_campaign=Yext&utm_source=yext&utm_medium=local&utm_term=Giada&utm_content=Restaurant#.XrV-pndFw2wrix fixe dinner and a kids’ menu. And don’t forget to hit up his Carlo’s Bakery across the hall for a sweet treat.

Fieri, a Las Vegas native, serves up his signature cuisine at his restaurant at The LINQ, which features an eclectic menu of burgers, wings, tacos and more. The drink menu boasts 16 craft beers, a Sonoma County wine selection and a frozen tap system shot bar. If you love Mexican food (and who doesn’t?!), Fieri has a second restaurant, El Burro Borracho, at the Rio, serving drunken fish tacos, laming Queso Fundido, Acapulco Gold Salad and, of course, margaritas!

The Food Network star’s one and only restaurant is at The Cromwell. The bright, airy dining room has large windows that offer a view of the Strip, while the menu showcases Italian staples with California influences, including lemon spaghetti, chicken cacciatore and marsala herb chicken meatballs. The restaurant serves breakfast, brunch, lunch and dinner. There’s also a brunch tasting and dinner tasting menu, as well as in-room dining. Giada is planning to open her second restaurant, Pronto by Giada, at Caesars Palace in 2018.

Flay’s Mesa Grill, located at Caesars Palace, has been serving Southwestern fare for brunch, lunch and dinner for more than a decade. During the summer, there is a prix fixe dinner menu for $54 per person.

Meanwhile, Bobby’s Burger Palace, which has close to 20 locations around the country, serves up inventive options such as the Crunchburger, a cheeseburger topped with potato chips; the Brunch burger with fried egg, bacon and American cheese; and the L.A. with avocado relish, watercress, cheddar cheese and tomato.

As the head judge on Top Chef, patrons no doubt expect a lot when walking into one of Colicchio’s eateries. Foodies won’t be disappointed: Craftsteak, at the MGM Grand, presents dishes made from ingredients from small family farms, artisanal producers and day-boat fisherman. And Heritage Steak at The Mirage serves up traditional dishes with a modern twist, prepared on open charcoal grills and in wood-burning ovens.

There’s no doubt about it: Wolfgang Puck reigns as the celebrity chef on the Strip. He has six restaurants in Vegas (as well as Wolfgang Puck Express at McCarren International Airport, and a location in the suburbs outside of Vegas): Spago, which is similar to his original LA restaurant; Cucina offers counter-service, dishing out signature pizzas, sandwiches and more; Grill showcases a New American menu; CUT is an upscale steakhouse; and Lupo is an upscale Italian restaurant.

Bam! Emeril has three restaurants in Vegas, including his New Orleans Fish House, which has been at the MGM Grand for more than 20 years. There is also Delmonico Steakhouse at The Venetian, and the Lagasse’s Stadium sports bar.

The star of Hell’s Kitchen serves up plenty of heavenly fare on the Strip. Forget Kitchen Nightmares, these casino restaurants are kitchen dreams. There is a steakhouse at Paris, a pub at Caesars Palace, a burger joint at Planet Hollywood, and a Fish & Chips spot at The LINQ.

Where are your favorite casino restaurants in Las Vegas? Let us know in the comments below!