The 10 Coldest Cities in the United States

While Northeastern winters may seem more brutal than anywhere else in the country, they're barely the tip of the iceberg.

1 COMMENTS
Travel » The 10 Coldest Cities in the United States 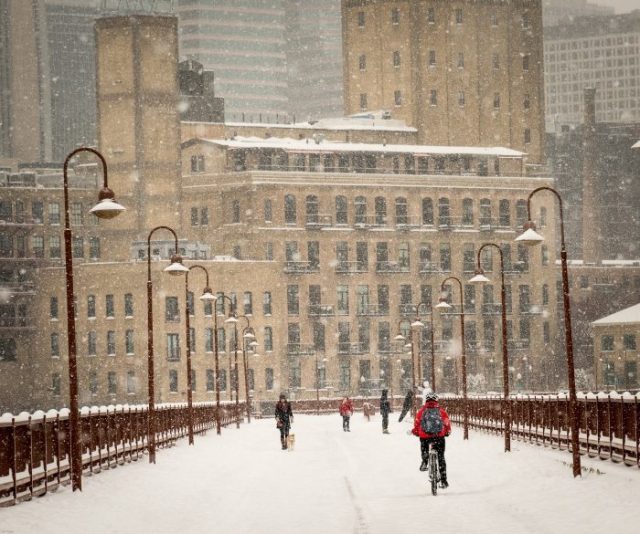 While Northeastern winters may seem more brutal than anywhere else in the country, they’re barely the tip of the iceberg.

The lowest temperature in any U.S. state was recorded in Alaska, naturally, on Jan 23., 1971, when old man winter flexed to 80 below zero Fahrenheit. In the contiguous United States, the coldest recorded temperature wasn’t far behind – it reached 70 degrees below zero in Montana on Jan. 20, 1955, according to the National Oceanic and Atmospheric Administration.

But these temperatures occurred in desolate areas where few if any people live. Up here in the Northeast, Maine, New Hampshire and Vermont have seen temperatures dip to record lows of 50 degrees below zero, once the wind-chill factor is tallied. But as a state, New York emerges as the winner of this dubious distinction, with a record 52 degrees below zero.

Dealing With a Deep Freeze

For tourists unaccustomed to extreme winter, the best way to deal with the cold is similar to dealing with record high temperatures – minimize your time outdoors, said Jonathan Erdman, senior meteorologist at Weather.com, part of IBM. But for those venturing outside, ‘layering up’ is the first step toward comfort – and no part of the body should be spared.

“In extreme cold, I can’t emphasize enough that you really have to protect every exposed area of your skin that you can,” said Erdman, who grew up near Madison, Wisc., one of the nation’s coldest cities. “Most people don’t realize that any exposed skin can experience frostbite in 15 minutes or less, especially when the winds are strong.”

Ensuring that your face is protected with a mask or scarf is a must. And one tip for travelers unaccustomed to the cold: Hand warmers and feet warmers don’t cost much but are worth their weight in gold. “Stick them inside your glove and the bottoms of the outside of your sock before you put your feet in boots,” Erdman said.

So which U.S. cities are the chilliest of the chilly on average – without the added plus (or minus) of a wind chill? The Northeast boasts two of the 10 coldest places in America, Rochester (No. 9) and Buffalo (No. 10), while Boston registers as the nation’s 20th coldest city.

The 10 Coldest Cities in the United States

Now that you’ve had your fill of the cold, check out seven of the hottest cities in the world.

Whether you are looking to get away from the coldest cities or want to get closer to them, book your next trip with AAA Travel.

One Thought on “The 10 Coldest Cities in the United States”