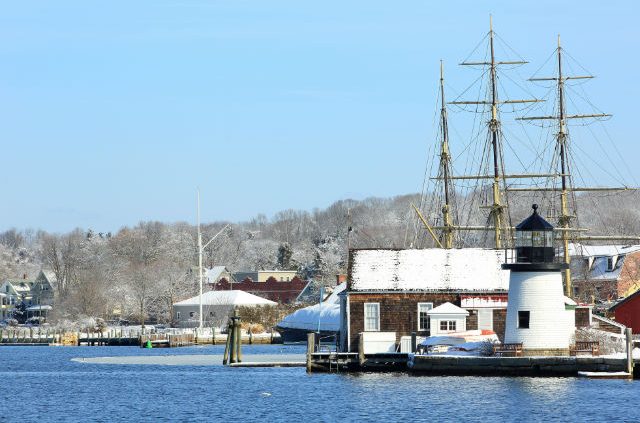 While falling temperatures lure many people into dreaming of a tropical beach vacation, traditional warm-weather getaways still have a lot to offer visitors in the off-season. During this time of year, you can find reduced rates at premier hotels and less crowds at tourist sites.

There may be no better off-season destination in the Northeast than the Connecticut coast, which combines history, picture-perfect scenery and top attractions. Here are three of the top Connecticut towns to explore this winter.

Located where the Connecticut River meets the Long Island Sound, Old Saybrook is one of the state’s oldest towns, having been incorporated in 1854. That history is on full display with numerous museums and parks celebrating the town’s past.

Fort Saybrook Monument Park is a 17-acre park complete with storyboards that detail the history of the Saybrook Colony, which was founded in 1635. Visitors can also enjoy the park’s panoramic views of the Connecticut River.

The General William Hart House, built in 1767, was once the home of the Revolution-era political and military figure. The property is now listed on the National Register of Historical Places. Visitors can tour the property, including its award-winning historical garden.

Aside from its historical sites, Old Saybrook also has a thriving cultural scene. One notable former resident is actress Katharine Hepburn, who moved to the town as a child. Old Saybrook has honored the Academy Award winner by renaming its cultural arts center after her. Known as The Kate, the center is located in a historic theater that was also formerly the town hall. It presents a full repertoire of cultural and performing arts programming for all ages.

When you get hungry, visit one of Old Saybrook’s delectable seafood restaurants like Fresh Salt and afterward head to the 30 Mile Brewing Company. The brewery is all about variety, serving everything from stouts and double IPAs, to saisons and sours, meaning it has something for everyone. 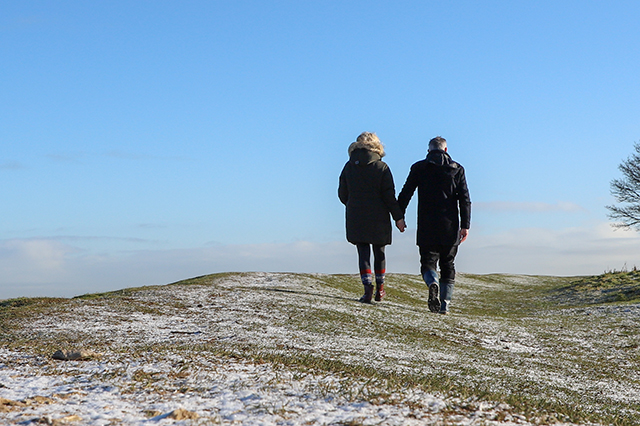 No Connecticut winter getaway is complete without a visit to the quintessential New England town of Mystic. Nestled along both sides of the Mystic River, the town is one of Connecticut’s premier vacation destinations. It is best known as home of two of the area’s most-visited attractions: the Mystic Seaport and the Mystic Aquarium.

Founded in 1929, the Mystic Seaport Museum is the country’s leading maritime museum. It is the home of four National Historic Landmark vessels, including the Charles W. Morgan, which holds the distinction of being the last wooden whaleship in the world.

The museum’s maritime gallery is the nation’s foremost art gallery specializing in contemporary marine art and ship models. The Mystic Seaport Museum also holds special events, workshops and classes suitable for people of all ages throughout the year.

Mystic Aquarium’s indoor and outdoor exhibits allow visitors to get up close and personal with thousands of creatures including African penguins, rescued seals and New England’s only beluga whales. Make sure to catch the complimentary sea lion show to see these fascinating animals in action. The aquarium has numerous exhibits and events going on year-round.

But Mystic is much more than just these two unique locations. Need some retail therapy after all that exploring? Olde Mistick Village is home to more than 30 unique shops selling everything from Christmas ornaments to Tibet Himalayan handmade crafts to fudge, candy and specialty foods.

Olde Mistick is also the perfect place to grab a meal as it’s home to some of Mystic’s finest restaurants including Jealous Monk and Pink Basil. Afterward, head to the Village’s multi-theatre arts and movie cinema to complete your night out on the town.

Nestled along the center of Connecticut’s coastline is the town of East Lyme. It is a popular summer destination with its long stretch of public beaches, but is just as enticing during a Connecticut winter.

Much like other towns in the area, East Lyme boasts an impressive history, no better exemplified than by the Thomas Lee House and Little Boston School. Constructed circa 1660, the Thomas Lee House is Connecticut’s oldest wood-frame house. In 1914 the house was sold to the East Lyme Historical Society, which continues to offer tours of the estate.

The Little Boston School House was built on the Lee family property in 1805 after then-owner Elisha Lee deeded land to have the building erected. The school was restored to its early-20th-century appearance and opened to the public in 1973.

More history is on display at the Samuel Smith Farmstead. Built in 1685, the building represents a perfect example of a Colonial-era, gambrel-roof house. Free tours are available of the property, which also includes a barn and farm.

Speaking of barns, no visit to East Lyme is complete without a stop at the Book Barn. This hidden gem has a collection of more than 500,000 books spread out between four locations, all within one mile of each other.

FIND & BOOK A HOTEL WITH AAA IN CONNECTICUT

What’s your favorite Connecticut winter destination? Tell us in the comments.