Hiking Mount Greylock: A Thunderbolt Out of the Blue

At 3,491 feet, Mount Greylock is the highest point in Massachusetts, offering stunning views on a clear (or even cloudy) day.

0 COMMENTS
Day Trips » Hiking Mount Greylock: A Thunderbolt Out of the Blue 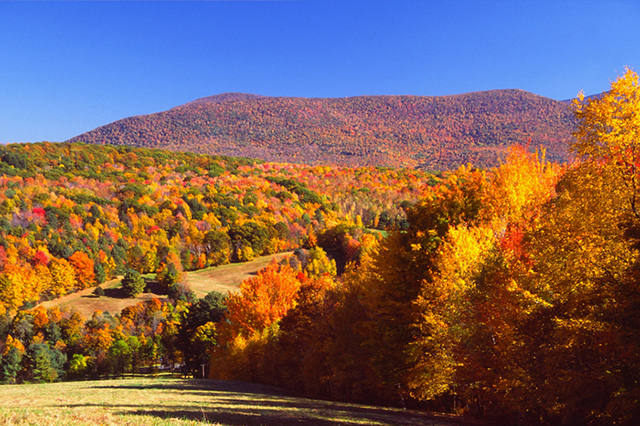 Mount Greylock has become my go-to local hike over the years. Located in the Berkshires, at 3,491 feet, it’s the highest point in Massachusetts.

I have many fond memories of Mount Greylock: hiking in plummeting temps on a blistery New Year’s day, breaking trail in a fierce snowstorm, sliding across icy slopes in early March. For a little mountain, Mount Greylock has gifted me with awesomely big adventures.

Today will be no different. 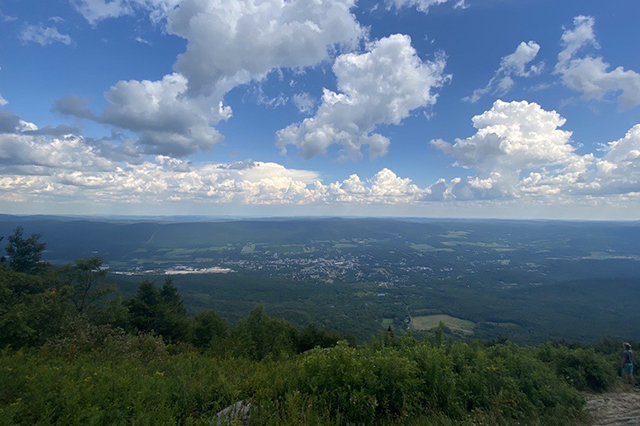 It’s been a while since Valerie, Rick and I have hiked together. Rick, a burly hippy with the demeanor of Sasquatch and a voice like Garfield the Cat, is notoriously late. Valerie and I once banged on his bedroom window with a stick when he overslept. This morning, however, he is sitting under a huge willow tree, patiently waiting for us.

We set out on a flat gravel trail that weaves through meadows of wildflowers and butterflies. In the distance, I spot energetic dogs and happy children. It’s something out of a fairy tale. The forecast calls for a hot, sunny day. “Wish it wasn’t so humid,” says a woman walking by.

We follow the signs, wading through overgrown weeds that lead to the Thunderbolt trailhead. 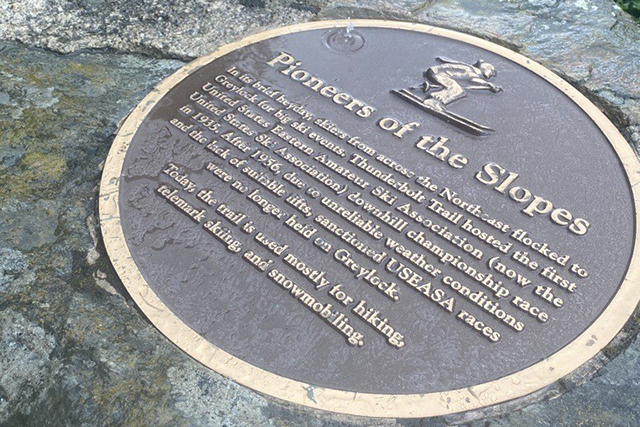 Thunderbolt is the shortest, steepest and officially hardest trail on Mount Greylock. Built by the Civilian Conservation Corps in the 1930s, it became a world-class ski run for competitive downhill races. Sadly, after World War II, with the advancement of chairlifts, Thunderbolt suffered – until the late 2000s, when a group of dedicated local volunteers brought it back to life.

Nowadays, back-country skiers from all over return in winter, laboriously skinning to the summit to earn their turns on the wild, thrilling terrain.

Ordinarily, we would vigorously run up the lofty trail with no stops and hearts pounding. Today, in the August heat, we take a casual approach, relaxing on a rock to talk, breaking to snap a few pictures, and stopping at the spot where our friend Paul once sped uncontrollably down a bank while sledding in a flimsy, plastic toboggan. He stood up and brushed himself off, unharmed. Good times.

Thunderbolt may begin as a gradual hill climb, but the best (or worst) is yet to come. I forgot how up, up and up this trail goes – 2,000-plus vertical feet in less than 2 miles. My short legs take on steps made for giants, as we pass the iconic and descriptive ski signs: The Bumps, The Big Schuss and The Bucket Trail.

We meet a family of hikers along the way. A little girl drags her feet. I say with dramatic enthusiasm, “You’re almost there (lie); the views are worth it (truth)!” She shoots me the stink eye. 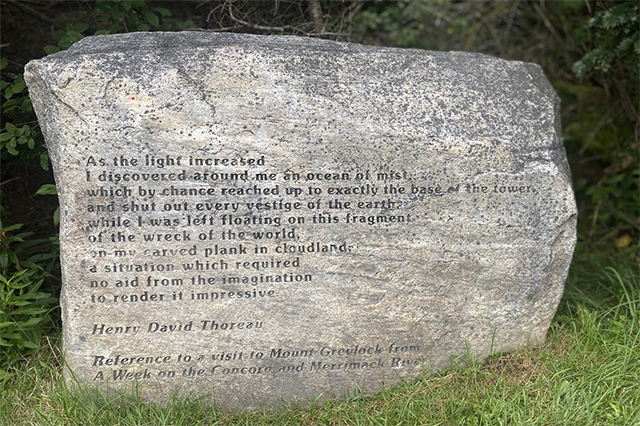 Thunder on the Mountain

Less than a mile to the summit, where Thunderbolt intersects with the Appalachian Trail, the sky turns a gloomy gray. We hear a distant rumbling. Rick asks, “Thunder?” I secretly hope so. I’m a sucker for a good rainstorm.

The last section of trail crosses the auto road. Short, steep and rocky, it opens up to a parking lot, where we are greeted by a crowd of people aimlessly walking about. A couple sits in camp chairs next to their grill and sports car.

At the summit, sits an old rustic shelter, the towering Veterans War Memorial completed in 1932 and restored in 2015, and the Bascom Lodge built in the 1930s with local schist – still open for lodging, farm-to-table cuisine and an occasional intimate concert.

The sprawling views are the real attraction. You can see up to 90 miles on a nice day.

We stand on the mountain that inspired some of the greatest writers and poets, including Oliver Wendell Holmes, Henry David Thoreau and Herman Melville. Their quotes, along with other authors’, are etched in stones sitting along the peak’s paths.

The rumbling suddenly sounds angry. A drop hits the ground, then another. The rain falls hard. We rush to the shelter which is locked due to COVID. We find refuge under its awnings. The now-empty parking lot is a flowing river.

These unexpected moments are magic to me – and the reason I always carry a rain jacket. No matter how much you plan, Mother Nature can and will throw you a curve ball.

And just like that, the storm is over, leaving the course back down precariously wet and adding excitement to the journey.