Mount Washington is an Extreme Spot for Day Trips

Mount Washington is a staple of Northeast day trips. Find out where it is, how to get there and so much more. 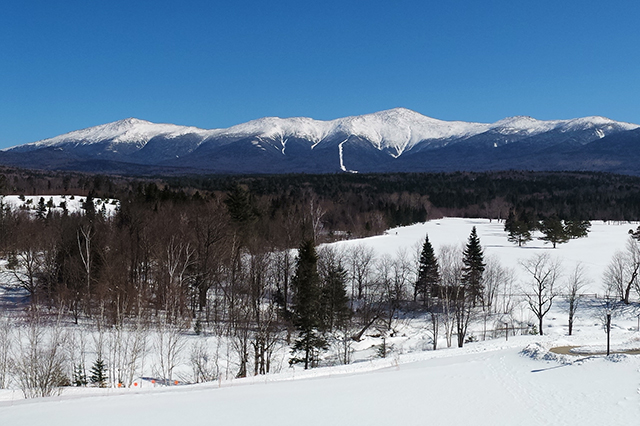 When people in Boston, New York and Providence sit down for dinner in May, the threat of snow is usually far from their minds.

But in New Hampshire, on the 6,288-foot-tall summit of Mount Washington, such weather is more than a possibility – it’s a reality. The peak sees about a foot of snow, ice and hail on average every May.

The wind and precipitation that grace (or, more accurately, hammer) the Northeast’s tallest point have earned the mountain its reputation for the world’s worst weather, and subsequently, a spot as one of the Northeast’s bucket list destinations for day trips.

If you’re thinking about going, here’s some basic info to help you out.

Where is Mount Washington?

Mount Washington is part of New Hampshire’s awesome White Mountains, a.k.a., the 750,000-acre White Mountain National Forest. The forest is a popular draw for day trips from points throughout the Northeast, especially during fall foliage season.

Mount Washington is part of the Presidential Range, which is so named because it’s home to several mountains honoring U.S. Presidents. Dwight Eisenhower, James Monroe, Thomas Jefferson, James Madison, John Quincy Adams and, of course, George Washington, are among them.

How extreme is the weather?

The warmest month of the year on the summit is July, with average temperatures around 49 degrees. That’s why the most popular time for day trips is the summer.

How do I get there?

That depends on how active or passive you like your day trips.

Hiking Mount Washington is certainly possible, but it’s probably not a great bet for novices.

The Appalachian Mountain Club, a non-profit group that promotes environmental protection and appreciation of the Northeast and mid-Atlantic, pegs Tuckerman Ravine Trail as a popular and (relatively speaking) easy route. You can pick it up from the Pinkham Notch Visitor Center, in Pinkham Notch. It’s about four miles to the top.

More seasoned hikers make Mount Washington part of the Presidential Traverse, a 20-plus-mile endeavor that features more than 9,000 feet of elevation gain as you visit each peak named for a president.

The Appalachian Mountain Club owns and maintains several huts in the area if you want to break up the trip. During full service season, which is basically summer, stays include dinner and breakfast.

For visitors looking to experience fun day trips without getting sore legs, the Mount Washington Auto Road has long been a popular option. Guests can drive themselves to the summit in their own vehicles or enjoy guided tours with fun facts and tidbits about the mountain.

It’s about a half-hour to 45-minute trip.

The Mount Washington Cog Railway is a third and definitely less conventional option. The attraction, which departs from a station in Bretton Woods, is advertised as the world’s first mountain climbing train and the only cog railway east of the Rocky Mountains. The three-hour trip includes an hour on the summit.

What do I when I do when I’m up there?

On a clear day, you can see as far as 130 miles away into parts of Canada, Vermont, New York and Massachusetts.

You’ll almost certainly want to check out the Sherman Adams Visitor Center, too, which houses a cafeteria, restrooms and a gift shop. The center also houses Extreme Mount Washington, an interactive museum that opened in 2014 to give visitors the experience of being on the mountain in winter through hands-on exhibits such as a simulated ride on a high-powered snow-vehicle.

Be sure to check out the historic Tip Top House as well. The original structure was built in 1853 as a hotel before being destroyed by repair, rebuilt, falling into disrepair and renovated once more for visitors.

Have you experienced Mount Washington? If so, let us know. We’d also love to hear about some of the sky-high attractions you’re planning to visit this summer.