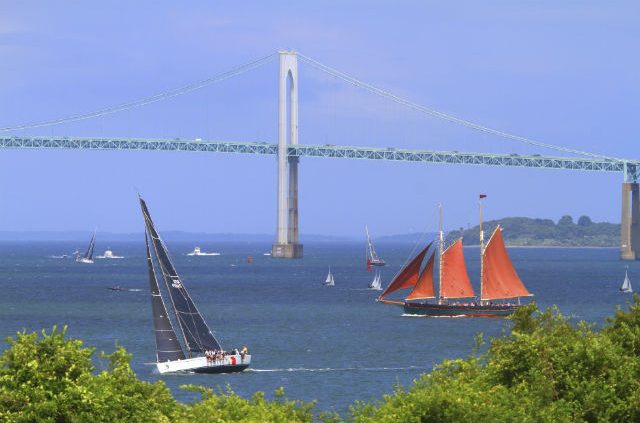 It might come as a surprise, but the Northeast is home to some of the world’s most spectacular boating events.

The region is home to several regattas that bring expert sailors from around the world to the shores of storied Northeast cities and towns like Newport, RI and Provincetown, MA.

For boating enthusiasts, there’s nothing like watching a parade of watercraft plying the water. Even if you’re not a fan, it still makes a pretty cool backdrop as you kick back on the beach with a cold drink and great food. Plus, cities come alive with events whenever a regatta’s in town.

So, if you’re planning a trip near the Atlantic Ocean this summer, consider booking your stay during one of the incredible regatta events our region has to offer.

This weekend marks the 35th Newport Regatta, which has adopted the motto “More racing, less waiting, cold beer.” Come July, the city known as the sailing capital of the world will be a hotbed of racing competition, with several East Coast and New England championships up for grabs.

The regatta is just the beginning of what you might experience in Newport. The city is home to the incredible Cliff Walk, a 3.5-mile walkway along the rocky Atlantic shoreline. Other attractions include the historic mansions – late 19th- and early 20th-century summer homes of America’s elite turned museums that celebrate their outstanding architecture. Many mansions were modeled after well-known European palaces. Check out our list of favorite things to do in Newport.

FIND & BOOK A HOTEL WITH AAA IN NEWPORT, RI

First held in 1977, the Around Long Island Regatta is exactly what it sounds like, an incredible four-day race that covers 205 nautical miles of ocean, harbor and sound. Open to sailboats 24 feet and longer, the race has as many as 10 divisions, including a junior division.

And with a new start location in New York Harbor, you can watch from lower Manhattan as countless vessels set sail toward the Verrazano-Narrows Bridge with the Statue of Liberty as a stunning backdrop. Plus, if you’re in town the weekend of the regatta, you can swing by Madison Square Garden for a concert or take the subway to see the Mets or Yankees play.

The regatta runs along the south shore of Long Island past Long Beach, Jones Beach and Fire Island before rounding the Montauk Light and heading into the Long Island Sound. If you decide to book a trip to relax on the beaches of Long Island during the regatta, you can take advantage of the dozens of breweries, incredible waterfront restaurants and live music at Jones Beach Amphitheater. 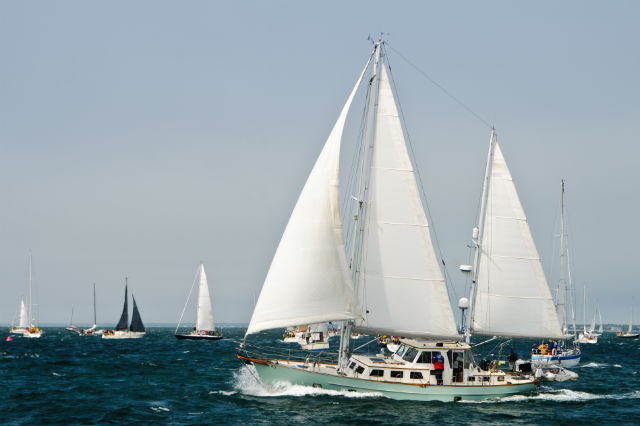 The tiny island of Nantucket, off the coast of Cape Cod, transforms into the center of the racing world for a week every August. Over the course of Nantucket Race Week, there are regattas, awards ceremonies and parties all over the island. Plus, its beneficiary, the nonprofit Nantucket Community Sailing organization, is celebrating its 25th anniversary this year, so there will be an extra-special feel to the races this year.

Events include the Women’s Regatta, Team Racing Regatta in Nantucket Harbor and the IOD Celebrity Invitational in Nantucket Sound. Those in town for the regattas can also enjoy the annual Boston Pops on Nantucket at Jetties Beach on Saturday, Aug. 10, as well as several other concerts, comedy shows and dance parties in town that weekend.

FIND & BOOK A HOTEL WITH AAA IN NANTUCKET, MA

Set on the very tip of Cape Cod, the Labor Day-weekend Provincetown Schooner Regatta celebrates the proud maritime history of Provincetown. Now in its 17th year, the regatta’s purpose is teaching the public about the important role schooners, yachts and other fishing vessels played in shaping the town’s economic and cultural identity.

Visitors can get in on the action with schooner tours and sailings during the week. Tickets are also available to watch the regatta from the deck of a Captain John whale watching boat, which will also be available to photographers and painters who want to capture the action, thanks to a partnership with the Truro Center for the Arts at Castle Hill.

Watching a regatta is a thrilling experience unlike any other. Don’t just read about it, start planning your trip to one of these awe-inspiring events right here in the Northeast today.

FIND & BOOK A HOTEL WITH AAA IN PROVINCETOWN, MA

Whats your favorite summer boating event? Share it with us in the comments.