Things to Do on Long Island at Night

If you’re looking for things to do on Long Island at night, you won’t be disappointed. 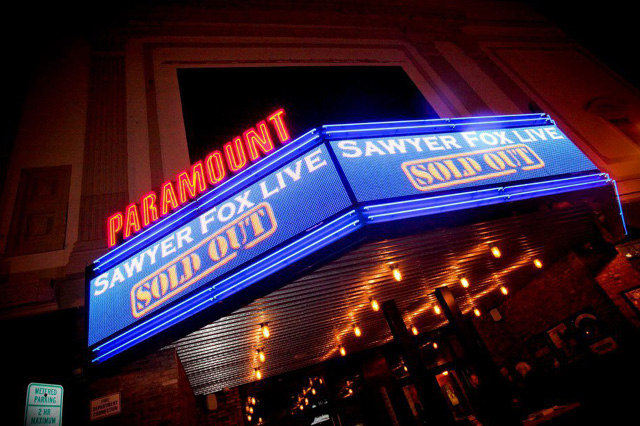 One of the great things about Long Island is that nothing is ever too far away. Long Island has beaches, farms, amusement parks, shopping malls and mini-golf. It shares real estate with the greatest city in the world. There are also a lot of good bagel shops. But does Long Island have night life? Honey, “The Great Gatsby” takes place in Great Neck. If you’re looking for things to do on Long Island at night, you won’t be disappointed.

Whether you’re a local looking for something to do, or an out-of-towner who wants to know what to visit on the Island, this list of things to do on Long Island, NY at night is sure to help.

One of the most fun things to do on Long Island at night is taking a dinner cruise. It is an island, after all. Whether you’re floating along the Long Island Sound or the Atlantic Ocean, there are beautiful sights to be seen all across the Island. On the Lauren Kristy Dinner Cruise, you and your friends can board a turn-of-the-century riverboat, with a paddle wheel and everything! Sail the Great South Bay while enjoying a magnificently catered dinner and watch the sun go down while sipping a Long Island iced tea.

On Lady Liberty Cruises, which leave from Port Washington, you can eat dinner while sailing through New York Harbor, surrounded by the glittering lights of the city. You’ll also get close-up views of the Gilded Age Gold Coast mansions that dot the North Shore.

Much of the culture of Long Island is tied up in the Gilded and Jazz ages of its past. The Jazz Age is remembered particularly in the proliferation of speakeasy-style bars all across the Island. Those seeking speakeasy-themed nights out would  do well to check out Tullulah’s, a Bayshore restaurant and speakeasy bar. Featuring small plates, fresh seafood and quirky-but-cool decorations, Tullulah’s is perfect for a night on the town. Don’t forget to try their repertoire of fantastically themed speakeasy cocktails, like the Pecan Jag or the Bananahattan.

Long Island is also rife with craft breweries, where you can tour brewing facilities and taste delicious hops. The Oyster Bay Brewing Company, nestled against the shoreline, is a particular treat. It has a distinct community atmosphere, with rough-hewn tables and bins of party games. The room shakes whenever someone topples the giant Jenga tower. To sample as many beers as you can, order a flight of five or six mini-glasses.

If boozy bars, breweries or vineyards aren’t your scene, stop by the Witches Brew, a coffee shop in West Hempstead. With witchy decor, mismatched furniture and a vegetarian menu, the Witches Brew is not your average coffee pot. The shop welcomes grown-ups and goth kids alike to lounge on their couches, chairs and poufs and peruse their seven-page menu amid glowing fairy lights. Their vast collection of unique coffees and teas are to die for.

Right in New York City’s backyard, Long Island is lucky to have a never-ending supply of talented performers. Community performance spaces such as the Paramount, Suffolk Theater and the Space at Westbury often play host to the best in the business (whatever that business may be). There’s always a community production of “West Side Story” to be found, or a Billy Joel cover band, or the actual Billy Joel.

Perhaps the most unique performance venue is the Stephen Talkhouse in Amagansett, which has been a Long Island landmark since the late ’80s. The Talkhouse is an intimate bar and music space featuring talented and famous musicians. Some artists who have passed through its doors include The Rolling Stones, Paul McCartney, Billy Joel, Paul Simon, The Police and more. Head on over there for some drinking, dancing and amazing live music. It is without a doubt one of the best things to do on Long Island at night.

What are your favorite things to do on Long Island at night? Let us know in the comments below!

2 Thoughts on “Things to Do on Long Island at Night”