Your Favorite Events Are Returning in 2021

Live events are starting to return in 2021, but what will they look like? Here are how some of the top events in the Northeast are planning their comebacks.

10 COMMENTS
Day Trips » Your Favorite Events Are Returning in 2021 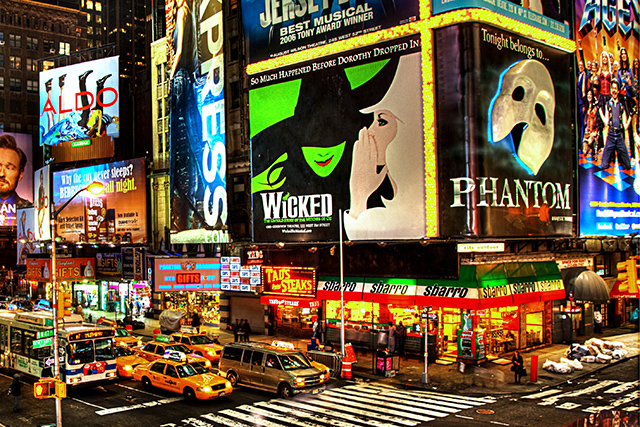 With mask mandates easing and the number of Americans getting vaccinated on the rise, many of our favorite live events are starting to return. But what will they look like?

Shakespeare in the Park

Shakespeare in the Park is a beloved New York City tradition, and in 2021 it returns to the Delacorte Theater in Central Park. This year’s free show, produced by the Public Theater, is an adaptation of Shakespeare’s “The Merry Wives of Windsor.” This reimagined play, titled “Merry Wives,” moves the beloved comedy’s setting to South Harlem. This year, all free tickets will be distributed via digital lottery. Recently, the Public Theater increased its capacity for “Merry Wives” to about 80%. There will be a full capacity section for those vaccinated, and a physically distanced section for those who are not. Proof of vaccination is not required. Masks are required for all audience members. “Merry Wives” runs July 6 through Sept. 18.

The famous Newport Jazz Festival is back and ready to make some music. Reimagined as three days of intimate jazz concerts and surprise jam sessions, this year’s festival will be a little smaller than in years past. Tickets will be released in phases as organizers decide how many people can safely attend and which safety protocols will be followed. It runs July 30 through Aug. 1 in Fort Adams State Park, in Newport, R.I.

The plague is ending, and it’s time to return to the New York Renaissance Faire. This sprawling Renaissance fair in Tuxedo is back in action, with period-accurate actors, merchants, performers, knights and even some magic. For the 2021 season, some experiences have been modified to reduce contact, social distancing between parties is encouraged, and vaccinated patrons don’t have to wear masks. The New York Renaissance Faire is held every weekend from Aug. 21 through Oct. 3.

King Richard’s Faire is the largest Renaissance fair in New England, and it’s ready to make its grand return. The event, which features games, rides, immersive storytelling, merchants and daring performances, is celebrating its 4oth season this year. It’s held weekends from Sept. 4 through Oct. 24, and on Labor Day (Monday, Sept. 6) and Columbus Day (Monday, Oct. 11) in the woods of Carver, Mass. Organizers have yet to announce COVID-19 rules and restrictions.

In previous years, the Governors Ball music festival took place at the end of June. This year it will be held Sept. 24-26 in a new venue, Citi Field in Queens. Featured artists include Billie Eilish, Megan Thee Stallion, Phoebe Bridgers, Post Malone and more. The Governors Ball has not decided on their COVID-19 precautions yet, but are working closely with the city of New York to craft safety regulations.

Broadway is not a single event, but it has been on hiatus ever since last March. In 2021, the curtain will rise once more in New York City. While “Springsteen on Broadway” returned in June and “Pass Over” begins in August, most Broadway shows will officially reopen in the fall. “Hadestown” returns from the underworld Sept. 2, while “Hamilton,” “Wicked,” “The Lion King” and “Chicago” will all make their comebacks Sept. 14. “Six,” a pop musical about the wives of Henry VIII, was originally supposed to open March 12, 2020, the night Broadway shut down. Its new opening night is now Oct. 3. Other notable returns include “Come From Away” on Sept. 21, “To Kill a Mockingbird” on Oct. 3, “The Phantom of the Opera” on Oct. 22 and “Dear Evan Hansen” on Dec. 11.

“The Book of Mormon,” which is set to return Nov. 5, is taking the opportunity to rewrite some dialogue and lyrics that many former and current cast members had concerns about.

Broadway houses are selling their tickets at 100% capacity, and it’s unclear what safety protocols will look like when audience members are allowed in. Currently, “Springsteen on Broadway” requires all audience members to be vaccinated.

When you’re ready to dive back in to all your favorite things, remember to save with AAA Tickets. Get savings of up to 40% at concerts, theme parks, virtual events, museums, attractions and more! Go to AAA.com/Tickets for exclusive tickets and savings.

What events are you looking forward to? What do you think about their safety procedures? Let us know in the comments below!

10 Thoughts on “Your Favorite Events Are Returning in 2021”