Guide to US National Parks: Deserts and the West

If sweeping landscapes of sand dunes and cacti are your thing, plan to visit one of these US national parks. 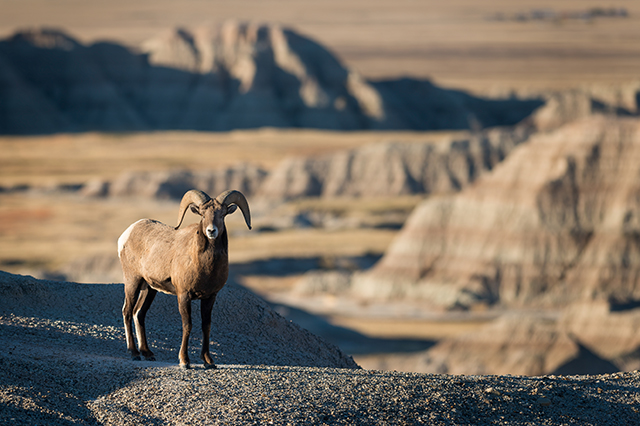 Located just outside Moab, Utah, this U.S. national park contains more than 2,000 sandstone arches, the highest density in the world. The most famous is Delicate Arch. Another geological formation, Balanced Rock, is also a popular destination.

This park, in South Dakota, features dramatic terrain, with steep mountains and canyons and layered rock formations as well as vast prairies. Visitors can stroll along the Fossil Exhibit Trail to learn about the dinosaur fossils discovered in this area.

Big Bend National Park in southwest Texas encompasses the Chisos mountain range and much of the Chihuahuan Desert as well as the Langford Hot Springs. The park includes 118 miles of the Rio Grande River. Many fossils have been found inside the park, several as old as 9,000 years.

This U.S. national park in western Colorado contains twelve miles of the Black Canyon, so named because parts of it receive only thirty-three minutes of sun each day. Visitors frequent the trails that run along the rims to see the canyon’s dramatic sides, particularly the striated Painted Wall.

Located in southern Utah, this remote park is known for its towering hoodoos, distinctive spire-shaped geological formations created by frost and erosion. The rocks’ red and orange colors create a memorable landscape.

This park, near Moab, Utah, features a desert landscape carved into canyons, mesas, and buttes by the Colorado and Green Rivers. Major sites include Island in the Sky, a massive mesa with spectacular views; the Needles, tall rock pinnacles that tower over the desert; and the Native American rock paintings found in Horseshoe Canyon.

This long, narrow park’s prominent feature is the Waterpocket Fold, a rocky ridge that runs for nearly 100 miles. A line of cliffs with dome-shaped formations, much like those found on capitol buildings, gives the park its name.

Death Valley is the largest U.S. national park in the lower forty-eight states. It is also the hottest, the driest, and the lowest in elevation. Visitors can explore Titus Canyon and Badwater Basin’s salt flats, the country’s lowest point.

This iconic landscape represents the western desert region of the United States to many. The nearly mile-deep canyon attracts over six million visitors each year and is the second-most-visited park in the country.

Great Basin National Park is located in eastern Nevada. Its landscape ranges from the Great Basin Desert to the South Snake Mountains. The Wheeler Peak Scenic Drive leads through the mountains for some views of the terrain and wildlife.

The main feature of this park in southern Colorado is the array of towering sand dunes – the largest in the country – that crisscross the basin. Some dunes are up to 750 feet tall.

This southern California park, named for the twisted Joshua trees found throughout the area, covers a region that straddles the Colorado and Mojave Deserts.

This U.S. national park in northeast Arizona encompasses scrubland filled with petrified wood. The northern part of the park extends into the Painted Desert.

The park, located outside of Tucson, is named after the giant saguaro cactus, which is found in abundance throughout the area. Several scenic trails and drives lead through spectacular views and sites where petroglyphs can be found.

This park, named for the former president who once resided on these lands, is located in western North Dakota. It constitutes three distinct and unconnected sections. Abundant wildlife include bison, elk and prairie dogs.

This park in South Dakota contains the enormous Wind Cave. This cavern features a type of calcite formation known as boxwork, and approximately 95 percent of the known boxwork in the world is found here.

This southwest Utah park is dominated by the steep red cliffs of Zion Canyon. Scenic drives and numerous trails allow visitors to explore the forests, riverbanks, and deep chasms in the park.