European River Cruise Itinerary Through Belgium, the Netherlands and More 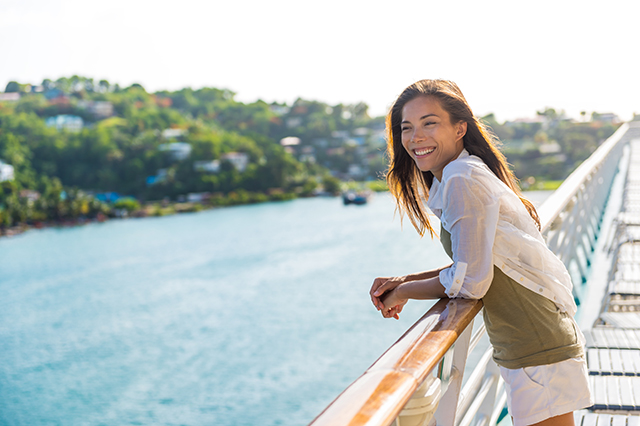 Many travelers enjoy both experiences with river cruises preceded by or extended with guided tours through awesome destinations.

The following is an example of such an itinerary. It combines a river cruise itinerary with a tour of popular spots in Belgium and the Netherlands, among other countries.

The Manneken Pis statue is a cheeky city landmark. Check it out, snap a photo, then take a leisurely stroll around the Grand Place, one of Europe’s most beautiful squares.

Be sure to appreciate the contrast between the Brussels’ Chinese and Japanese pavilions and the impressive, metallic spheres of the Atomium. At Waterloo, learn about Napoleon’s historical defeat. Visitors can immerse themselves in the action through the Panorama  – a 360-degree depiction of the battle – and by climbing 230 steps to the top of the Lion’s Mound for sweeping views of the battlefield and surrounding countryside.

Cross the Pastoral Flanders region to Ghent – aka the City of Flowers. There, you’ll want to see St. Bavo’s Cathedral, particularly its masterpiece of an altar, and the Castle of the Counts, aka Garvensteen, which dates back to the 12th century.

Bruges is home to cobbled streets lined with high-gabled houses from the 16th century’s Golden Age. Enjoy Market Square, dominated by a 262-foot-tell belfry tower, and explore Burg Square with its ornate Gothic town hall and glorious frescoes on the walls of the Holy Blood Chapel. In the evening, head to Ypres where buglers perform a moving tribute to those killed during World War I.

In Belgium’s French-speaking Walloon region, picturesque country roads lead to the neo-Gothic Maredsous Abbey, towering over the Molignée Valley. Dinant, on the River Meuse, is just a short drive away. The Citadel and Collegiate Church’s onion-domed bell tower dominate the skyline.

Head to Bastogne for the Mardasson Monument, a star-shaped memorial dedicated to the U.S. troops who died during World War II. You can visit the Bastogne War Museum, too, for a further look into World War II.

A popular stop on a river cruise itinerary is sightseeing in Luxembourg City, particularly for scenic views over the Petrusse Ravine from Pont Adolphe. Stroll through the old town to see the cathedral and the Palace of the Grand Duke, and visit the grave of Gen. George S. Patton, who is buried at the Luxembroug American Cemetery and Memorial, in Hamm, with soldiers who fought alongside him.

Marvel at radical modern architecture in Rotterdam and see the impressive market hall and the Erasmus Bridge.

The Hague is the elegant government center of the Netherlands. See the Binnenhof courtyards where Parliament is situated and the impressive Peace Palace. Pass through picturesque villages and windmills of the Dutch countryside to Amsterdam.

Explore Amsterdam, a living museum of the 17th century and a vibrant metropolis. See Mint Tower and a floating flower market before driving across Dam Square. Take a canal cruise then get ready for your cruise. Amsterdam is a popular departure point for many river cruises.

Another favorite stop on many a river cruise itinerary, Cologne has many treasures to explore. History buffs will enjoy Old Town and the city’s iconic UNESCO-listed Gothic Cologne Cathedral, while beer connoisseurs can check out a brewery to taste the traditional local brew of the city, Kölsch. Art-lovers can head for Museum Ludwig, a great contemporary museum. If you visit around the holidays, be sure to check out Cologne’s Christmas market, which combines tasty local food with festive lights and handmade crafts. It’s one of many on the Rhine River.

Take a walking tour Koblenz or take an aerial tram ride up to Ehrenbreitstein Fortress, which offers dazzling views of the Moselle and Rhine rivers. Be sure to get a close-up look at Marksburg Castle, and, depending on your interests, walk around the wine village of Boppard or cycle from Koblenz to Boppard.

The spectacular, UNESCO-protected Upper Middle Rhine is a 40-mile-long stretch of the river lined with castles. Explore Rüdesheim and its famous Drosselgasse – a narrow lane lined with taverns and shops – before enjoying a wine tasting at the 14th century Castle Vollrads. Travelers can also soar up to the Niederwald Heights on a gondola, followed by a hike.

Experience the medieval town of Speyer. See its compact and historic center boasting the largest Romanesque cathedral in Europe, a UNESCO World Heritage Site, then learn about unique wine vinegar aperitifs at the Doktorenhof vinegar estate.

The Alsatian town of Strasbourg boasts a UNESCO-designated city center with a magnificent Gothic cathedral and charming half-timbered houses, making it a common river cruise itinerary destination. See the sights on a canal cruise through the Petite France district, and, if time allows, check out Old Town to try pastries and coffee enjoyed by locals.

To learn more about AAA vacation packages and to search for or book a trip with a river cruise itinerary similar to the one outlined above, go to AAA.com/Vacations.