From what to pack to the best time to go, we answer your top river cruise concerns. 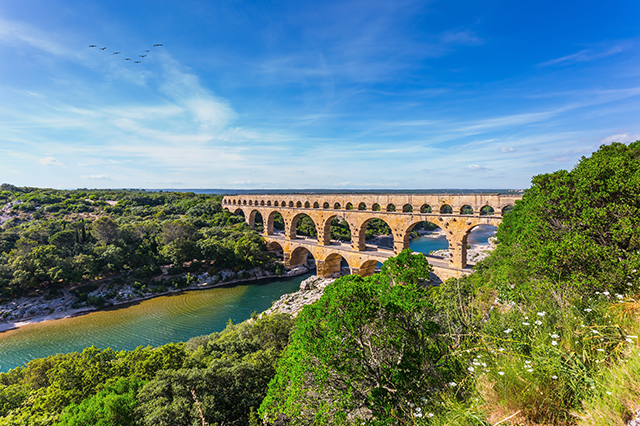 The appeal of river cruise vacations has never been greater. Chances are you know someone who is planning a cruise or just got back from one and you’re probably curious. What’s all the fuss about, you wonder? In a word, ease.

The same “unpack once but see multiple destinations” experience that fueled the growth of ocean cruising over the past two decades has launched a thousand river ships (or so it seems—there are several hundred in Europe alone), with top players such as Viking River Cruises and CroisiEurope offering 62 and 50 ships respectively.

That means there are more choices than ever. So which cruise line do you go on? Which river? And what is the best time of year? Here are 10 frequently asked questions about river cruise vacations to help you decide.

Where can I take a river cruise?

The majority of river cruise vacations are available in Western and Eastern Europe, where fabled rivers such as the Danube and the Rhine meander through some of the continent’s top cities as well as its most picturesque countryside.

You can cruise through Germany, Austria, Switzerland, France, Belgium, The Netherlands, Hungary, the Czech Republic, Slovenia, Romania, Portugal and Italy, as well as from St. Petersburg to Moscow in Russia. There’s also Asia, where you can cruise the Mekong in Vietnam and Cambodia, the Irrawaddy in Myanmar and the Yangtze in China; South America, for cruising the Amazon in Peru and Brazil; and Egypt, on the legendary Nile River.

And don’t forget the United States, where history-rich paddlewheel journeys on the Mississippi and nature- and food-and-wine-based cruises on Oregon’s Columbia and Snake Rivers are growing in popularity.

How many passengers can river cruise boats accommodate?

It varies, but most vessels in Europe are designed to carry between 80 and 190 passengers, with ships in Asia and on the Nile and the Amazon average 30 to 50 passengers. Some smaller boats, typically the French variation of “barge” cruising, accommodate as few as a dozen guests.

I’ve heard the cabins are quite small. Are they?

Yes, out of necessity. The ocean is wide, most rivers are not. River cruise vessels have size limitations, which means that cabins can indeed be cozy (some as tight as 128 square feet), especially in the least-expensive categories. Does cabin size matter to you?  If so, double-check square footage before you book (Avalon and Scenic are known for having spacious cabins, while Uniworld’s and CroisiEurope’s are on the snug side) or consider upgrading to a suite, which are typically twice the size.

Many are. Lines offering an all-inclusive experience – meaning all (or most) alcohol, excursions and gratuities are in the upfront cruise fare – include Uniworld, Viking, Avalon, AmaWaterways, Scenic, CroisiEurope and Tauck.

When is the best time to cruise?

It depends on where you’re going and what you’d like to see. To see the tulips in Belgium and Holland, you’ll need to cruise from late March to late April and to experience the famed Christmas markets of Germany, Austria, Switzerland, France, Hungary and the Czech Republic, you’ll have to visit from mid-November to late December. The prime season in Europe is May to August (book early as these dates sell out well in advance), while the Mekong and Irrawaddy are best explored from November to February (dry season when temperatures are cooler). The Amazon has two seasons: high-water (December to May, when more tributaries are navigable) and low-water (June to November, when it’s hotter and more jungle trails are accessible).

How should I choose a river cruise line?

You can choose based on your budget (see below for price ranges), the offered itineraries (almost everyone is on the Rhine, Danube and Seine, but not everyone is in Portugal or Russia) or the design style that tickles your fancy (Viking Longships and Scenic vessels are known for sleek, contemporary interiors while Uniworld and AmaWaterways are old-world lavish). Do some research by checking the lines’ websites and reading recent passenger comments on cruise review sites.

What should I pack?

Daytime dress on almost all European river cruise vacations is casual: blouses and polo shirts paired with pants, shorts and comfortable sneakers, sandals or walking shoes along with sun hats, sunglasses are a necessity for navigating cobblestone streets during peak season, as are warm coats and winter boots for Christmas market cruises. At night, casual elegant attire with a few dressier elements (cocktail dresses and dinner jackets) are appropriate.

Again, it varies from line to line. But most river cruise companies endeavor to bring a taste of the region’s cuisine onboard so guests can savor local flavors and specialties (oysters and cider in Normandy, for example). Breakfast and lunch are typically served buffet-style, while dinner menus are à la carte. Some lines are known for delivering a sophisticated epicurean experience (namely Uniworld, AmaWaterways and Scenic in Europe and Asia and Aqua Expeditions in South America and Asia) while others focus more on classic fare that appeals to broader tastes.

How long is the typical river cruise vacation?

You’ll find that most river cruise vacations fall into the 7-to-10-day range, but some can be as short as three or four days (on the Amazon, for instance, and CroisiEurope also offers short European itineraries) or as long as 24 days (from Amsterdam to Bucharest, which visits 20 cities in eight countries).

How much will a river cruise cost me?

Do you have any other questions about river cruise vacations? Ask us in the comments.