US River Cruises to Relax on and Remember 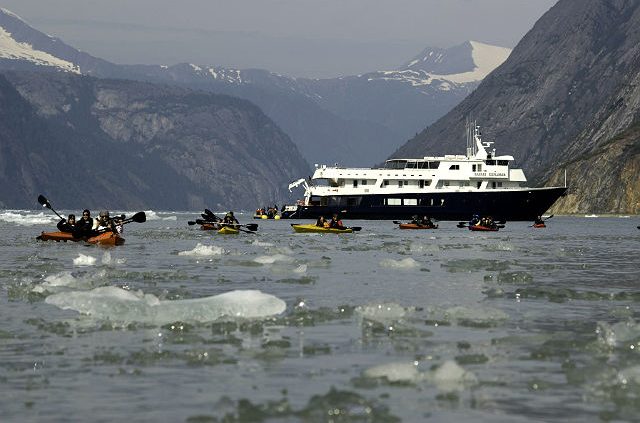 River cruises are popular vacations abroad, but what about floating a little closer to home? U.S. river cruises might be the best kept secret in American travel. Rivers used to be the lifeblood of American trade and travel, and the cities that have cropped up along the banks of these rivers are filled with rich history and culture. Floating at a steady pace, you’ll be able to take in the grand, sweeping sights of trees and fields and mountains. And by stopping throughout these ports of call, you’ll be able to experience a delightful cross-section of life across America.

Most U.S. river cruises sail along the Mississippi River, the Hudson River and the Columbia and Snake rivers. River cruise boats are small, and they usually carry around 200 passengers. Many of these vessels are styled after historic paddle wheel boats in a nod to the American river-faring traditions of the past. Riverboats can dock closer to more populated downtown areas than cruise ships can, plopping you right in the center of the action no matter what city you land in.

Sometimes, U.S. river cruises can have more upfront expenses than other vacations, scaring off would-be travelers. However, most river cruise tickets include room, board, gratuities, city tours, entertainment and beverages, so the price winds up being pretty cost-effective.

UnCruise Adventures bills its small-boat cruises as the ultimate adventure travel trips, with unique experiences and wild destinations. It delivers on its promises with the Fjords of Alaska cruise, which goes along Alaska’s Inside Passage. On this 15-day cruise, you can see glaciers, rainforests, fjords and waterfalls. Take to a skiff or kayak to get up-close and personal with nature, like playful otters and cliffside mountain goats. Aboard the boat, you’ll see humpback whales and pods of orcas.

Celebrate the South’s musical heritage on this nine-day cruise. Starting in Memphis, the “birthplace of rock ’n’ roll,” and tracing down the Mississippi to the jazz haven of New Orleans, this river cruise is a tour through American music history. The onboard entertainment and music lecturers change style with every region that you travel through. Try some premium excursions, like a tour of Graceland or a visit to the hometown of B.B. King.

The Beauty and Bounty of Nature

Follow in the footsteps of Sacajawea, Lewis and Clark on this cruise through the Pacific Northwest, from Clarkston to Vancouver, Wash. From dense forests to sweeping mountain vistas, the Columbia and Snake rivers offer some of the most beautiful sights in the country. On your shore excursions, you can visit Sacajawea State Park, the Columbia River Maritime Museum, the Nez Perce National Historical Park and more.

Discover the Big River at the center of Mark Twain’s stories on this nine-day cruise from Alton to Red Wing. Spend a day in Twain’s hometown of Hannibal, Mo., and see the inspiration for the home of characters like Huck Finn and Tom Sawyer. 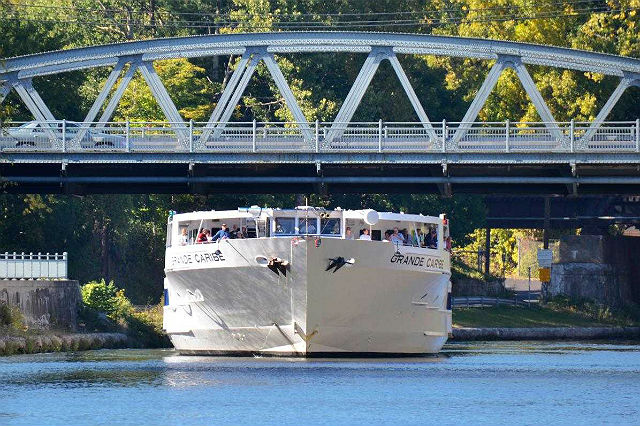 Locks, Legends and Canals of the Northeast

Blount boats are tiny by design: their small stature means that they can slip under bridges and through canals with ease. These luxurious, yet cozy, vessels accept no more than 83 guests at a time. One of Blount’s most unique excursions is its Locks, Legends and Canals of the Northeast cruise. It isn’t merely a Hudson River cruise: Blount boats are the only river cruise vessels that can sail through the Erie Canal. You’ll get the best of two countries as you cruise from New York City to Quebec City, then land in Montreal. From the castles of the Thousand Islands to the wide expanse of Lake Ontario, you’ll see it all.

American Cruise Lines has a fleet of small ships and riverboats for touring America’s rivers and surrounding waters. Its most interesting cruise, however, is their Great Rivers of Florida Cruise, which tours the St. John’s River, Lake George and the Tolomato River. In the Ocala National Forest, you can meet alligators and bald eagles. In Green Cove Springs, you can go on a Victorian-inspired horse-drawn carriage tour. You and your fellow cruisers can find the fountain of youth in St. Augustine, one of the oldest and most beautiful cities in America.

Have you ever been on a U.S. river cruise? Tell us about it in the comments below!

Get a deal on an American Queen Steamboat Company cruise and explore river cruises around the world at AAA.