A large draw of many river cruise destinations is the excellent chance they provide passengers to learn about various topics, from wine to food to history, in an in-depth fashion.... 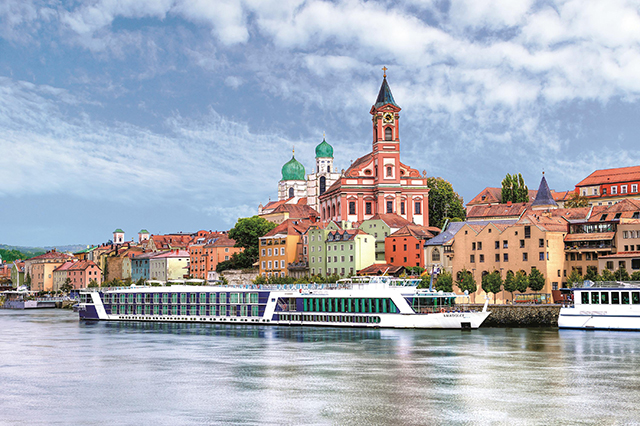 A large draw of many river cruise destinations is the excellent chance they provide passengers to learn about various topics, from wine to food to history, in an in-depth fashion. Cruise lines plying the rivers from Europe to Egypt often offer similar itineraries, using local guides as experts to provide insight into the past.

For history buffs, some bucket-list historical river cruises include France, Portugal, Germany and Russia. Below are examples of typical itineraries with specific themes relating to history.

River cruise destinations for those interested in WWII history

Paris to Normandy is hands-down one of the most popular river cruise destinations for those interested in history. Typically, cruises include an excursion to the Normandy Landing Beaches, including Omaha Beach, plus visits to the Point du Hoc monument and the American Cemetery.

A stop in Rouen, best known as the home of Joan of Arc, is also included, where visitors can visit the gothic Rouen Cathedral and other historic sites. Excursions to Giverny, where Claude Monet lived for almost four decades, is another stop. In Les Andelys, situated on a bend of the Seine, options include visiting the historic Parish Church of Le Petit Andely or hiking to the ruins of Château Gaillard, built by England’s King Richard the Lionheart as a fortress in 1196.

Several river cruise lines offer castle tours through Europe. Itineraries may include a trip from Luxembourg to Nuremberg, with stops in several medieval villages along the way. You may visit Trier, Germany’s oldest city, and learn about its Roman history and tour Trier Cathedral, the Basilica of Constantine and the Porta Nigra gate, which dates back to 179 A.D.

You may visit historic Reichsburg Castle in Cochem. And as you cruise along the river to Rüdesheim, beautiful scenery, including castle ruins, fortresses and the famous Lorelei Rock, keep passengers glued to the deck or their balconies on the river.

River cruise destinations for those interested in pyramids and Cleopatra

A cruise down the Nile River, where passengers take in its ancient sites, is like traveling back in time. Your itinerary will most likely include tours of the major sights in Cairo, Luxor and Aswan. In Cairo, you’ll visit the excellent Egyptian Museum, where you can view the treasures of King Tut, and of course, pay a visit the Great Pyramids and the Great Sphinx. Along the Nile, stops include the Valley of the Kings, where royals were buried for more than 500 years; the Temple of Hatshepsut, built by a female pharaoh; and the tomb of King Tut. Certainly, for anyone fascinated with history, this is a bucket-list river cruise destination.

From Red Square in Moscow to the Hermitage Museum in St. Petersburg, and all the smaller villages in between, tours include the Kremlin, the Bolshoi Theater, St. Basil’s Cathedral, Tretyakov Galler and the Cosmonaut Museum.

St. Petersburg beckons with the Hermitage Museum, the Catherine Palace, (the 18th-century summer residence of the Russian tsars, named for Catherine I), and much more. A traditional Russian ballet performance is another not-to-miss event.

There are, of course, variations on all of these historical cruises depending on which river cruise destination and cruise line you pick.

Of all of the time periods each cruise line features, which one would you most likely choose to explore? Tell us in the comments.