8 Literature-Themed Road Trips in the Northeast

From haunted cemeteries to the homes and places that inspired famous writers – oh, the places you'll go! 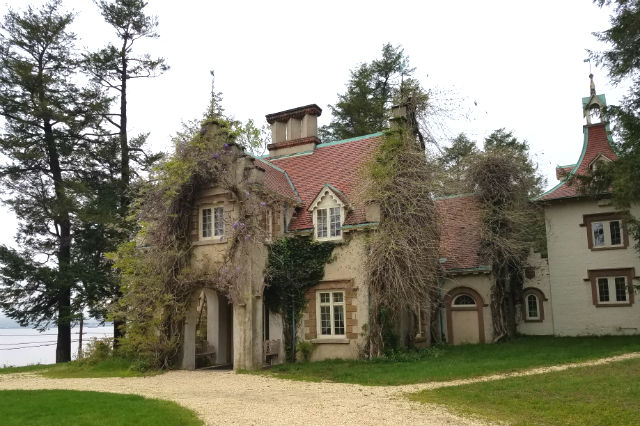 Some of the country’s greatest literary talents lived, worked and were inspired by locations in the Northeast. Fortunately for book lovers, many of these historic destinations have been preserved or restored and are open to the public. Here are a few literature-themed road trip ideas for your next adventure.

Just 30 miles north of New York City sits the town of Sleepy Hollow, whose namesake cemetery is cited as the resting place of the Headless Horseman in Washington Irving’s “The Legend of Sleepy Hollow.” Irving spent the last 25 years of his life living just south of Sleepy Hollow in the town of Tarrytown. He is buried in Sleepy Hollow Cemetery along with numerous other famed individuals including Elizabeth Arden, Andrew Carnegie and William Rockefeller. Visitors can take guided tours of the cemetery during the day or evening. Irving’s restored estate, Sunnyside, is also open to the public in nearby Irvington. The home is filled with the author’s possessions, including his books and writing desks.

Mark Twain may be one of the most famous Missourians in history, but he spent many years of his life living in Hartford. The author and his family moved to Connecticut in 1871. Three years later, they moved into their newly constructed house, where they would live until 1891. Twain wrote many of his most famous books during this time, including “The Adventures of Tom Sawyer,” “Adventures of Huckleberry Finn” and “A Connecticut Yankee in King Arthur’s Court.” The house is available to see through guided tours and also hosts a variety of programs and events. A great destination to add to your literature-themed road trip.

One of Twain’s neighbors in Hartford was Harriet Beecher Stowe. The author of “Uncle Tom’s Cabin” lived in a Victorian Gothic cottage on Forest Street for the last 23 years of her life. In 1924, Stowe’s grand-niece Katharine Seymour Day purchased the house. She spent years collecting manuscripts and objects connected to her famous relative. In 1968, the Harriet Beecher Stowe House opened to the public as a museum. The center includes modern galleries and interactive spaces, and houses more than 12,000 books, 4,000 pamphlets, 180,000 manuscripts and 12,000 images related to Stowe and her work.

Emily Dickinson is one of the most intriguing figures in American literature. Much of her life and work is misunderstood or unknown, in part because she lived a very reclusive life. Although she wrote nearly 1,800 poems, less than a dozen were published during her lifetime. The Emily Dickinson Museum attempts to shed more light on one of America’s greatest poets. The location consists of two buildings: the Homestead, Dickinson’s birthplace and home, and the Evergreens, home to Dickinson’s brother and his family. Collectively, they house thousands of objects that help bring guests into Dickinson’s life. The museum offers guided tours as well as a host of public programs and events.

A Northeast literature-themed road trip wouldn’t be complete without a stop at Walden Pond, the focus of Henry David Thoreau’s seminal piece “Walden.” The author lived on the pond’s banks for more than two years, chronicling everything he learned and witnessed from nature. The book is credited with inspiring the modern conservation effort. The pond itself is part of the 462-acre Walden Pond State Reservation. Guests can see the site of Thoreau’s cabin as well as visit the Thoreau Institute Library, which holds more than 60,000 Thoreau-related items including books, manuscripts, art, music, maps and correspondence.

Theodor Geisel, better known as Dr. Seuss, was born in 1904 in Springfield, Massachusetts. More than a century later, his hometown paid tribute to their native son by opening The Amazing World of Dr. Seuss Museum. The first floor features interactive exhibits on Dr. Seuss’ life growing up in Springfield, while the second floor recreates his studio and living room. Right outside the museum is the Dr. Seuss National Memorial Sculpture Garden, featuring bronze sculptures of the author’s most famous characters. More than three million people have visited the garden since its opening in 2002.

In 1900, Robert Frost’s grandfather purchased a farm in Derry for Frost and his family. The family lived on the property for the next 11 years. His time spent on the farm served as an inspiration for the poet. During this period, Frost wrote many of the poems included in his first two books. In 1965, the state of New Hampshire purchased the farmhouse buildings situated on 12.6 acres of land, opening the property for public visitation in 1975. Guests can take a guided tour of the farmhouse to view Frost’s kitchen, where he wrote poems late at night near the wood stove, and the stairs that inspired the setting of his famous poem “Home Burial.” The landmark also offers a free, self-guided nature trail along the perimeter of the property. The path winds past 14 points of significance to Frost, such as the Hyla Brook.

A native New Yorker, Herman Melville moved his family to the Berkshires in Western Massachusetts in 1850. The property, known as Arrowhead, was Melville’s home for the next 13 years. It was here where he penned some of his most famous works, most notably his classic novel “Moby-Dick.” Guided tours allow visitors to explore the home’s historic rooms, including Melville’s study. Guests can also dive deeper into the author’s world by following the Melville Trail. The journey takes participants to many of Melville’s beloved locations in the Berkshires, including Pontoosuc Lake, Balance Rock and Mount Greylock.

Have you ever been on a literature-themed road trip or visited any of these historic locations? Tell us in the comments below!

8 Thoughts on “8 Literature-Themed Road Trips in the Northeast”