A guide to the original Walt Disney theme park, from the newest attractions to timeless favorites. 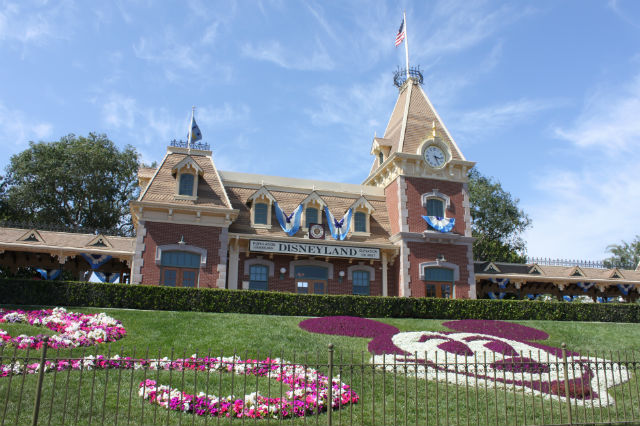 Throughout 2019, Disney Parks will be celebrating 90 years of Mickey and Minnie, and California’s Disneyland Parks are no exception. After all, it is here at Disneyland, the original Disney theme park, where Walt Disney set out to have a permanent home for his iconic characters.

While there is a Haunted Mansion and an It’s a Small World on both coasts, the Disneyland overlay of these attractions during the Christmas Season is only available at Disneyland Park and totally worth your visit. And make sure to ride Pirates of the Caribbean, which only resembles its counterpart in Orlando by name. End your day with Disneyland’s nighttime spectacular Fantasmic!

In January, as part of the Get Your Ears On – A Mickey and Minnie Celebration, Mickey Mouse-themed fireworks, dubbed Mickey’s Mix Magic, will debut at the park with all-new music and laser projections. Guests will be invited to join the nightly fun by dancing along while viewing the show at Main Street U.S.A., the Rivers of America and in front of the It’s a Small World attraction.

Also returning to the park is Mickey’s Soundsational Parade. Don’t miss the floats representing Disney classics such as The Princess and the Frog, Aladdin and The Little Mermaid. Mickey will lead the parade and will have a brand-new float for the occasion.

Nothing, however, can outdo the excitement over the opening, Summer 2019, of the 14-acre Star Wars: Galaxy’s Edge. The land is being built to the north of Frontierland, and the Black Spire Outpost will include Oga’s Cantina and two rides. In the Millennium Falcon: Smuggler’s Run, guests will get a chance to pilot the starship on a secret cargo mission; in Star Wars: Rise of the Resistance, riders are caught in a fight between the First Order and the Resistance and taken prisoner on a Star Destroyer.

Paradise Pier got a new face-lift, and the entire area is currently being transformed into the new Pixar Pier. The California Screamin’ roller coaster got a new theme and now soars with new music as The Incredicoaster. The Ferris wheel, re-branded, continues to offer an incredible view of the park from high up, under the name of Pixar Pal-A-Round. The super headliner Toy Story Mania! is, of course, not to be missed.

Next up, in 2019, is Inside Out Emotional Whirlwind, a spinning ride, and Jessie’s Critter Carousel, catering to the under-8-year-old crowd.

Last year, Disney closed Bug’s Land; work has begun on the Super Hero Marvel Universe, with attractions starring the Avengers and Spider Man to open in 2020.

Open for business now is the revamped Tower of Terror Guardians of the Galaxy: Mission Breakout!, the fortress of famed Collector Tanaleer Tivan. The Sci-fi-themed indoor ride is sure to thrill. While awaiting their very own land, Spider Man and other Marvel characters meet guests in Hollywood Land.

Sadly, there isn’t any parade or nighttime show currently running at Disney California Adventure. There is however, a not to be missed show: Frozen – Live at the Hyperion. The musical stage show is based on Disney’s animated hit Frozen and is filled with awe-inspiring special effects.

The 973-room Disneyland Hotel opened in 1955 and is a AAA Four Diamond property. The resort is a 5-minute walk from both parks and right next door to the Downtown Disney entrance. Guests can also use the monorail connection to the parks upon entering Downtown Disney. Ask the driver if you can ride with him in the front car. It is a great way to start your Disneyland adventure.

The resort and its luxurious rooms pay tribute to Disneyland’s history with vintage pictures of Walt Disney himself in the park. Three pools, one including two monorail-themed waterslides, provide fun for the entire family.

Rooms are contemporary and feature a flat-screen TV, a coffee maker and a mini-fridge. Standard rooms come with a king-size or two queen-size beds; a pullout couch accommodates an additional guest.  Kids will love the headboard with a carving of Sleeping Beauty Castle. Flick a switch, and the fiber optics in the headboard create fireworks over the castle, accompanied by a rendition of “When You Wish Upon a Star.”

Several-bedroom suites, five themed suites (Adventureland, Ambassador, Big Thunder, Fairytale, Mickey Mouse Penthouse, Pirates of the Caribbean) and club level rooms are also available. Prices for a standard room start at $418 plus tax and provide early admission to one of the theme parks.

BOOK A ROOM AT THE DISNEYLAND HOTEL WITH AAA

What is your favorite Disneyland Resort attraction? Tell us in the comments.