The Best Time of Year to Go to Disney World

Traffic varies throughout the year, but the best time to visit Disney World depends on what you and your family are looking to get out of your vacation. 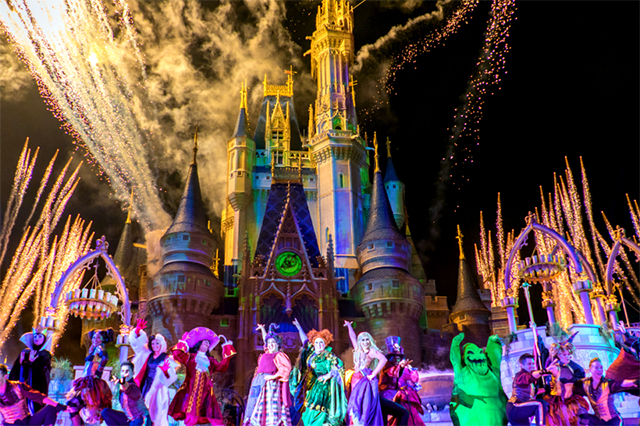 When planning Walt Disney vacations, the first question that many people ask is, “What’s the best time of year to go to Disney World?” The answer varies based on what you’re looking for, if you’re a repeat visitor, and when you can get the time off. There isn’t really a bad time to go to Walt Disney World in Orlando, Fla., (it is the happiest place on Earth, after all) but some times of year are definitely better than others.

I am a former Disney cast member, and I used to live right in Disney World’s backyard. From my apartment, I could hear the Magic Kingdom fireworks. When I parked at work, the Tower of Terror loomed overhead. Like any local, I detested waiting on lines longer than, oh, I don’t know, 15 minutes.

I have seen every season and celebration to be had at Walt Disney World. I’ve battled crowds and ran down empty ride queues. And as a cast member myself, I’ve been on the front lines during the busiest seasons of them all, bearing the brunt of heat-addled crowds.

The short version is this: The best time of year to go to Disney World is in the early fall or midwinter.

The long version is this: The best time of year to go to Disney World depends on what you and your family want out of your vacation, what events are important to you and how much you are willing or able to spend.

An easy, breezy, beautiful month in Walt Disney World. There are still a few Christmas decorations left over, but who can complain about tinsel? Once the New Year’s Eve crowd filters out, the parks are a ghost town. Take this opportunity to ride Soarin’ and get on Flight of Passage. Wear layers! The temperatures are wonky this month.

The beginning of February is mild in terms of crowds (and weather). In the middle of the month you’ll see a bump in crowds, because many schools in the Northeast take a week off of school for February break.

March is the month of moderate crowds. The sun is coming out again, and it’s the best weather Florida has to offer. The end of March gets a little scary, though, as the spring breakers start to filter in. This month, Epcot’s Flower and Garden festival begins. It’s similar to the Food and Wine Festival, with fruity cocktails and character topiaries thrown in.

Beware spring break. Easter falls on April 21 in 2019, and it’s the hot spot that many spring breaks are organized around. The parks will be full of families and college kids alike, trying to enjoy the season. In the Magic Kingdom you can meet the Easter Bunny, and on Easter Sunday you can see the Easter Parade, featuring all your favorite Disney bunnies, rabbits, ducks and chickens.

Other than Memorial Day weekend, which is notorious for heavy crowds, May is a moderate month. The weather is getting a little hotter, but it’s bearable. The annual 24-Hour Party usually takes place in this month, and it’s a great opportunity to dress like your favorite character and see how long you can last in the Magic Kingdom. As a veteran of the 2014 24-Hour Rock Your Disney Side event, I can say that things get pretty weird in the Monsters Inc. Laugh Floor at 3 a.m.

Moderate to heavy crowds, and hot, hot weather. To make the most out of your June vacation, go to the parks in the mornings and evenings. Use the afternoon for a swim in the pool or a well-deserved siesta.

The Fourth of July Fireworks in the Magic Kingdom are incredible, but that means that the park is jam-packed with sweaty people trying to see them. Folks camp out in front of Cinderella Castle as soon as the park opens just to get a good view. It’s a hot and crowded month, and you should use that FastPass+ for Splash Mountain right away.

The crowds in this month go from heavy to moderate, because August is the hottest month to spend in Disney World. Be prepared to melt away under the unforgiving Orlando sun. Be prepared to actually watch the Country Bear Jamboree for the sake of some air conditioning. Be prepared to smear ice cubes on your oily, sweaty face for a moment of relief.

Even though it’s still hot, September is a month of peace. The majority of children have gone back to school, and the parks empty out. The Food and Wine Festival at Epcot begins this month, and is not to be missed. Mickey’s Not-So-Scary Halloween Party also starts in mid-September, and it is an amazing night for the whole family. Frequent rains come and go during this season, so remember to bring a poncho!

October is perhaps the best time of year to go to Disney World. The crowds range from light to low-moderate, and the weather is gorgeous. No siestas necessary for this month. You don’t need anything but a pair of sunglasses. Food and Wine is still going on all throughout this month, and Mickey’s Not-So-Scary Halloween Party is really hitting its stride. Mickey’s Not-So-Scary is the best party at Walt Disney World, where guests of all ages can arrive in costume and trick-or-treat around the park. You can meet rare characters, get on rides with no wait time, and even see the Sanderson sisters from “Hocus Pocus.” If you can go any time of the year, go in early to mid-October. It’s a sweet spot.

Early to mid-November has pretty low crowd levels, and the weather is very mild. Many rides become walk-ons during this time. I would be surprised if you had to wait more than 30 minutes for any ride in the parks. I mean, Flight of Passage and Toy Story Mania might still be a little congested, but on the whole it’s a dream. Thanksgiving week and the weekend after are very crowded, however, because most people get off for work and school at that time. This is a good month to sneak in some early Mickey’s Very Merry Christmas parties.

This month is … complicated. Very early December sees light to moderate crowds, and the rest of the month slowly builds and builds, more and more people coming, less and less people going. The pressure comes to a head during the last two weeks of December – Christmas and New Year’s Eve being the most crowded days to be at the parks ever. EVER. Disney can be fun at Christmastime. That’s true. The decorations are beautiful. The festivities are beyond compare. But it’s difficult to enjoy when you have less wiggle room than a sardine.

What’s the best time of year to go to Disney World for you? Let us know in the comments below!