Is Your Battery Zapped?

Car batteries hate extreme temperatures. It’s one reason so many fail in the summer heat. Periodically disconnecting the car battery to clean its terminals with water and baking soda can help extend its life, said AAA’s Car Doctor John Paul. But all automotive batteries will fail eventually. Here are a few signs yours is on... 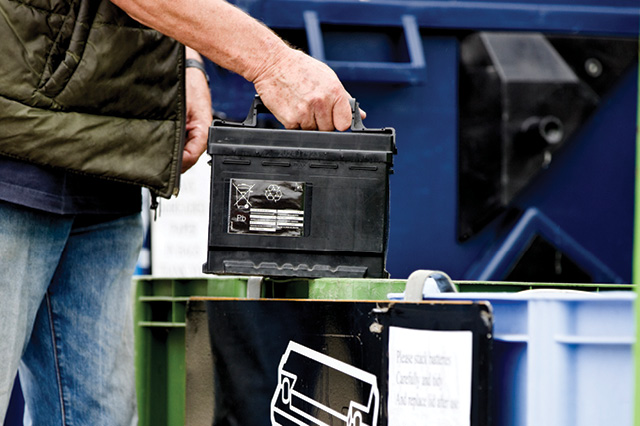 Car batteries hate extreme temperatures. It’s one reason so many fail in the summer heat.

Periodically disconnecting the car battery to clean its terminals with water and baking soda can help extend its life, said AAA’s Car Doctor John Paul. But all automotive batteries will fail eventually. Here are a few signs yours is on its way out.

The first reason is simply a numbers game. Modern car batteries are designed to last three to five years. A lot of short trips, vibrations and exposure to very hot and cold temperatures outside and under the hood can result in a lifespan that’s on the short end of that spectrum. Batteries that have been jump-started many times also tend to fail earlier.

The battery makes the power that gets the engine going before the alternator takes over. A weak car battery will struggle to produce enough juice to start the engine. It will either take longer than normal or won’t start at all. If the battery is totally gassed, you might turn the key and hear nothing but a rapid clicking sound, which happens when the battery is too weak to begin the starting process.

Bad batteries won’t power a vehicle’s electrical parts properly. One way to check is to turn the headlights on. If they look dim, it could be a sign that your power source is ready to go kaput. You might also notice issues with parts like windshield wipers and power windows, Paul said.

Having a dependable battery can take a lot of the stress out of being a car owner. “I always tell people, if your vehicle’s battery is three years old, have it tested, and if it’s five years old or more, it’s time to have it replaced,” Paul said.