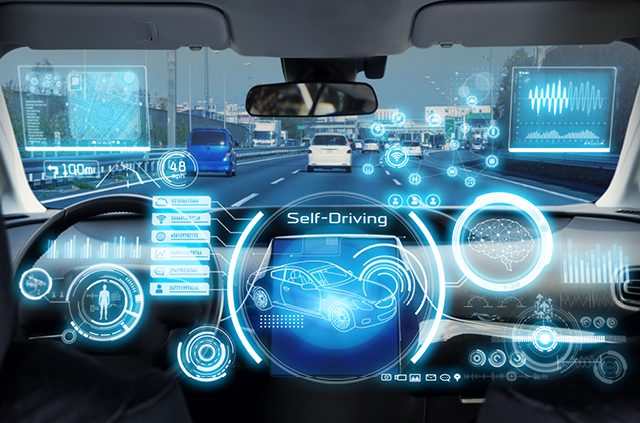 Self-driving cars are no longer just the things of sci-fi movies. Although no one can predict the precise timeline, experts agree that we are not far from the day when autonomous vehicles are taking over our roadways. The interest in this emerging technology, and the immense impact it could have on transportation, compelled AAA Northeast to hold a forum in October. Called Navigating Our Transportation Future: Preparing Connecticut for Autonomous Vehicles, it was held at the University of Connecticut’s Stamford campus.

“The state of Connecticut convened an autonomous vehicle task force earlier this year,” said Alec Slatky, manager of public and government affairs at AAA Northeast. “After talking with local partners throughout the state, we felt like there was a lot of interest in autonomous vehicle-related issues. We wanted to bring the conversation to them.”

U.S. Sen. Richard Blumenthal echoed that viewpoint. “It’s really important that smart people pay attention to these issues because otherwise it will be lost to the morass of industry and special interests,” he said in his opening remarks.

The conversation centered around defining autonomous driving. There are six levels, from zero to five. Level five is defined as cars that are fully self-driving. Nielsen said that current technology has reached level two, in which most cars can perform one or more autonomous tasks such as cruise control and lane positioning.

The conference’s second panel, moderated by Slatky, discussed how autonomous vehicles would affect the community. The panel consisted of local leaders including Melissa Kaplan-Macey, vice president of state programs and Connecticut director for the Regional Plan Association; Peter Calcaterra, transportation planner for the Connecticut Department of Transportation; and Jim Travers, bureau chief of transportation, traffic & parking for the city of Stamford.

The experts were optimistic of the positive impact autonomous vehicles could have, including providing cheaper and more efficient commercial transit, fewer traffic collisions and lower fuel consumption. The summit’s host location was cited as the perfect example of its potential. Stamford has seen substantial job growth recently, meaning more people are living in or commuting to the city, thus requiring a better transportation infrastructure. “We have to get people to their jobs and figure out the best way to move large numbers of people around the city,” Travers said.

When it comes to transportation, the future is now, and as Connecticut state Sen. Carlo Leone said, “autonomous driving is going to be a disruptive force in the industry. We should embrace it. It’s going to come one way or another.”

What’s your opinion on AV? Share in the comments!

Read more about AV and other traffic safety concerns with The AAA Foundation for Traffic Safety.